The Problem with Cannabis and Driving in Germany 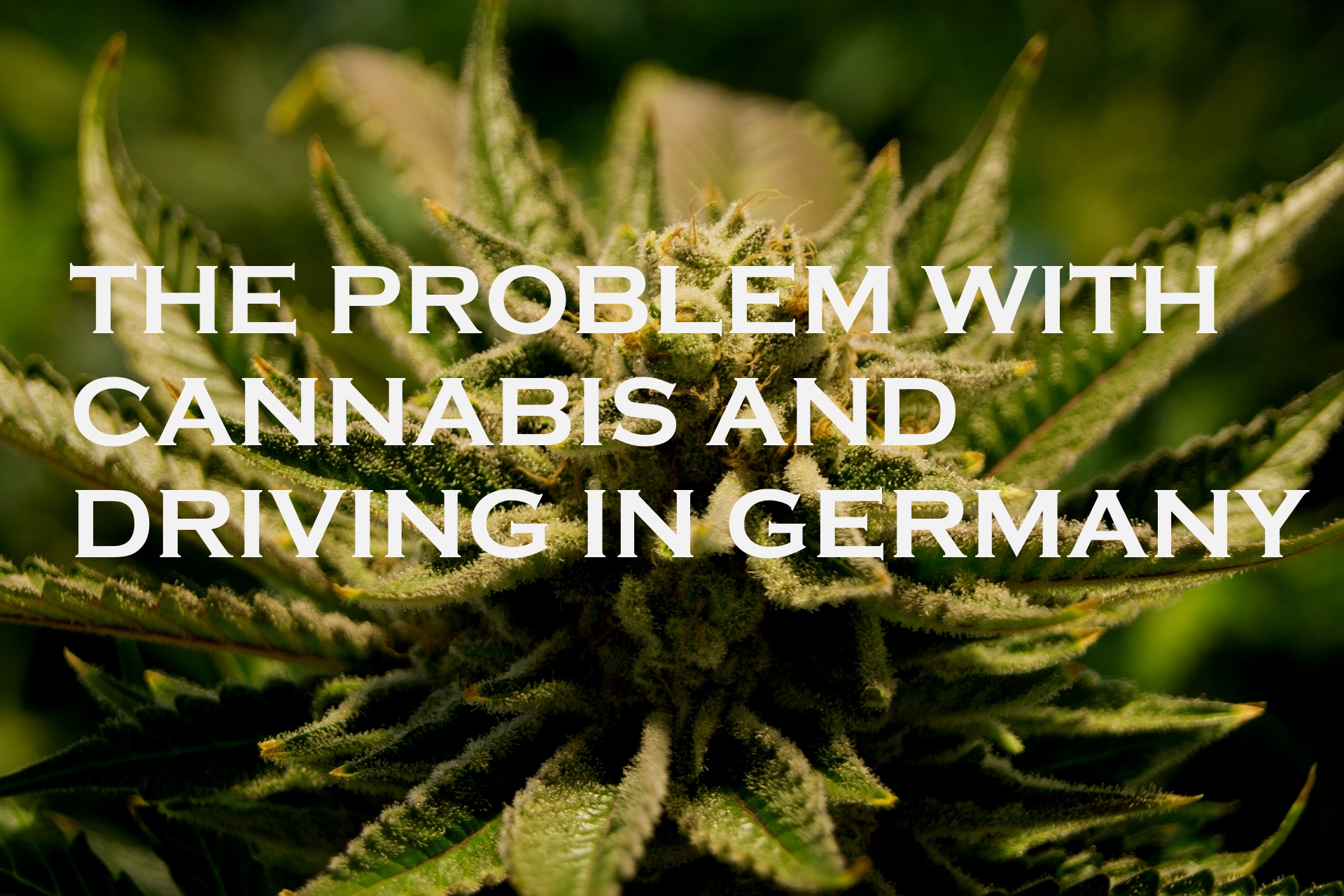 Hey, fellow Steemians. Today I'm going to show you the consequences of getting caught with cannabis and having a driver's license in Germany.

If you consume cannabis in Germany and you have a driver's license, you can lose your license even if you get caught with the smallest amount of cannabis while on foot.

Yes, you heard right. You can get your license taken away even if you get caught possessing illegal drugs while having nothing to do with the road traffic at all. But it doesn't stop there.
When you get tested for drugs e.g. in a traffic stop and it shows positive, you most likely have to go through a MPU (Medical-Psychological-Examination). You will have to go through a lot of drug tests, psychological questions and have to be convincing in the end, that you are fit to drive and won't do any drugs again.

So you will probably have to be clean for 1 year to get back the right to get a license again. Even if you didn't drive while under the influence of any substances.

Also if you are in a traffic check and the cop sees some indications for drug use you will probably get asked to do a short drug screening. You can decline. Yet he has to call a lawyer in order to do a blood test at a police station if he wants to. And that's where things also are pretty unlogical.

There is a reasonable limit for the alcohol level of a driver in Germany. 0.5‰.

So you would think there should also be a reasonable limit for cannabis. But it isn't as you probably guessed.

You can have 1ng of THC per 1ml of blood which would probably not even be a noticeable effect for a person who has never used cannabis. And the problem doesn't end there. 1mg/ml of THC in one person's blood would probably have a different effect on another person. If you have a higher tolerance to cannabis you will most likely be able to drive at a higher THC-concentration in your blood than a person who has never used cannabis once.

The only way to drive with remains of THC in your blood is to get a permission to do so. You can only get it if you are already a cannabis patient though.

Dang. That's a bummer. Sounds similar to some of our state laws here. Though, I live in Colorado where it's ... legal, at least to the State. 😏

I'm building up my voting power (didn't know it mattered before and I went a little nuts), so I'll try to come back and give you a like in a few days.

Check out my most recent post on pot. It's just pics of ladies at my house. But they sure are perty. 😍

Thanks for the reply. Your plants look really nice. I would love to be able to grow just like that here in Germany. I hope that with the next election some things will change regarding cannabis laws. Cheers!

I hope the whole world sees a change, including Germany. But hopefully, Germany will get on board by next election. 😉

rules are even worse here in sweden