Following on to my last Beetle Post:-https://steemit.com/cars/@awgbibb/chronicles-of-alan-cars-volkswagen-beetle-s-2

I used to see off most cars from Robots , but funnily enough never a Ford Capri. I had the misfortune to challenge one at a Traffic Light in Goldman street in Florida.

My Beetle ran reversed VW Kombi rims on the rear with 185x 15 Michelin X tyres and reversed standard rims with Michelin X 155 x 15 on the front . Incredible Grip in the Dry ( won't say anything about the wet). This would give you a much wider track ( better handling)

Any way I decided I would try another Motor in it . My Dad had an old, huge ,1914 Metal Lathe here ( still here BTW.)

I took the base of a lamp and turned it to make an adapter plate for a Ford 3 litre V6 or V4 Motor .

Took a Kombi Flywheel , turned out the centre , did likewise on a Ford Flywheel , and welded the 2 together. ( obviously balanced and lightened it!)

Used Chassis Cutters for Valve Amplifiers to Put holes in the front of the Bonnet, ( Chris did this)Fitted Radiator in the spare wheel compartment, Spare wheel on top of the Fuel Tank. Electric Fan in front of the Radiator.

Ran piping under the running Boards to the rear.

Cut away the rear , under the Bonnet between the Mudguards, the weight of the all cast - iron V6 had it nearly on the Ground, decided to use the V4 instead ( very bad move in retrospect)

Used the Bumper Stays to mount the rear engine mounts, made my own branch and adapted the VW accelerator cable to work.

My youngest Brother, Mike had acquired a light Blue Beetle, and really wanted my Motor , so we gave it a quick Hone, New Rings and a Valve Grind Job, and , if anything, went even better in his car!

About the very bad move I mentioned earlier . Fords V4's had a separate Balance Shaft next to the Crankshaft , but even that was not enough , the standard flywheel was off balance to get the motor right!

Here comes smart Alan, with a perfectly balanced flywheel , which meant the motor always had a rumble to it( should have kept the 6!)

It did go very well, and had fun with Filling Stations, asking them to check the water!

So , i never kept it very long, sold the motor , and swapped the body for an early Citroen, with the desire to use a Buick V8 in it!

You, my discerning audience , will have noticed that I put in some videos that have absolutely nothing to do with this particular Post?, however, I enjoyed them, so i thought you would!

I have still more experiences with Beetles I will recount to you!

Those aren't just Beetles, they're Super-Beetles! That turquoise one sounds like it has V12 or something under the bonnet.

V6 I would say. Thanks for your visit!

Really? I've never heard such a thunderous V6 in my life. Amazing.

Great looking cars @awgbibb , thank you for sharing. VW made a few good classis vehicles. I used to love the old 1970 VW Combi when I was much younger, but alas you don't see them that much nowadays.

And , unfortunately, they are worth a small fortune now!

You are great master 👍👍👍. You know all about VW. In my language, You Are MANTAP. @awgbibb

In our language I just say I am a Genius! ( lot of people disagree!)

I love vintage cars, and this a nice collection of it.
Cheers!

So when you say powerful Cars , the old Beetle is the last car that would come to mind?

It took an awful lot of work to make them go faster and , of course , you had non- self adjusting Drum Brakes . Up on Jacks every month to reset the brakes if you drove a bit fast! ( as I did)

Have I answered your query, My friend?

Yes you have answered it and i understand. I just tot that beetles were powerful cars physically not necessarily in speed.

Very strong, suspension system. Body can be removed leaving you with a flat, floor pan , with all running gear on it! Making Beach Buggy building , prett easy.

fantastic videos, really nice collection of cars, beetles are so lovely and powerful cars, really enjoy watching the videos, thanks for sharing.

This is passion i love when people create machines from basic things. Regards awg

@awgbibb,
VW is one of my best dream car! But I never seen such high end modified cars in my country! I think I want to introduce that modification here :D Great article with your amazing experiences! Thank you very much for sharing with us!

My Pleasure, Thank you1

It was not usual, but I liked the idea of flywheels. Thank you @awgbibb

Not sure what motor would run without a flywheel?Thanks!

Thanks enjoyed the videos. My uncle also had a Capri perana 3 liter. What a car!

You also had the 3litre Cortina Perana's in the second series Bodies.

I think the last BG Perana's made were Sapphires/ Sierra's with 3'4 litre V6's , highest top Speeds they had out of a Perana Model!

Small gift logo designed For My Friend Ready to fly🚘🏎🚘 With Dubs and Fords awesome cars, both awesome classics we have a Mk2 Golf and a 1303 Super Beetle - love them - had to resteem it

My dad had 2 vw :) in thailand
can open on roottop another one is Van can sleep like camp on rooftop

Wow)))) I would not abandon such machines))) Super)

Life goes on, Thank You!

Those are some bad ass beetles! My buddy had one that was really fast.

Wolkswagen is a wonderful car, my father had Volkswagen, it's a pity that now there is no father and the car is sold. 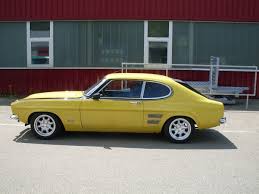 amigo #resteemia at your service

Now that's what is i call perfect absolutely great :D

Glad you liked it!

@awgbibb - Oh my goodness, a wonderful article with fantastic videos. Love it Sir <3

You are really a pro here. Love the videos buddy.

That's a really amazing and this car are manual giar box system.

Congratulations @awgbibb
MinnowsPower listed your post "Chronicles of Alan : Cars- Volkswagen Beetle's 3" as one of the top 5 upvoted and commented posts of the day...!!!

MinnowsPower is not a bot, I am a Crowdfunding Hybrid
One small UpVote of Yours build MinnowsPower and MinnowsPower will Not Forget Your Support...!!!
(Limited Service Offer) Send 0.01 SBD and get $0.025 - $0.03 worth upvote from @MinnowsPower

nice collection of cars, really enjoy watching all the videos.

Thx alan Nice post.. only the old one keeps Nice

😉 the video's took away several time my concentration to follow the story of what you did with the flying wheels and engines in your or your brothers car. I like the part about the tires, and Yes you have slicks on the car, like bubbel gum under your shoes.... Thanks for the good post and Nice vids, sure I like them !!

wow its so cool, nice collection :)

Stuppid, but the first came to my mind CUTE. They really are, sort of sweet:-))

Since that 4 had a rumble to it, I am curious what the 6 would have done. Also, can only imagine the size of a 1914 lathe, haha.

I'll post a Photo of the lathe next to me! The 6 did not need the counter balance shaft, and the flywheels were in balance , so it would have been a wheelie machine! I would have been happy?, the torsion bar suspension is very adjustable , as you will see in another post. Thank You!

I think you're having an effect on me, awgbibb - I was following a vette today and found myself desiring it. Now that would be very stupid. Deb would never forgive me and the bloody things are noisy as hell inside even brand new.The change of life, maybe?

Never! That reminds me, Have you noticed that the longer you own things, the heavier they get?
My Trailer that I carry Musical Equipment in, ( and used to connect with one hand) now takes both arms, legs and teeth to connect it up !
Thus proving my theory . Some Redhead I hang around with suggested that it might be the onset of age? totally getting the wrong end of the stick, thinking it was me, and not the trailer!

Well,we have to deal with our wives 'gingerly'

Glad to come across a fellow South African. The VW beetle brings lots of memories of my high school days. Thanks for sharing your cars!

nice car collection and i like @awgbibb
Thankyou for sharing!

Those are some of the classic beauties

ahaa i loved it man thanks for sharing

Thank you for sharing beetles are first love always

Amazing Car, thanks for sharing @awgbibb

Wow another great collection of vehicles

nice view man and it's amazing thanks for sharing this...

woowww its so cool, nice colection :)

wow really cool videos, beetle is my favorite car, thanks a lot for shairng

wow really cool videos, beetle is my favorite car, thanks a lot for shairng

You and maryambibi , friends, then? 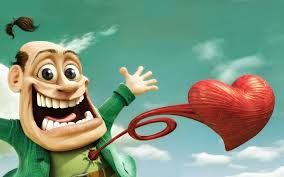 This is passion i love when people create machines from basic things. Regards awg

Those aren't just Beetles, they're Super-Beetles! That turquoise one sounds like it.. wow really cool videos, beetle are great cars and also is my favorite car, thanks a lot for shairng