The VW Beetle will disappear

Volkswagen is not going to replace the current model of Beetle. Appeared in 1997, the modern interpretation of the Beetle, had been renewed in 2011 but this generation will be the last. 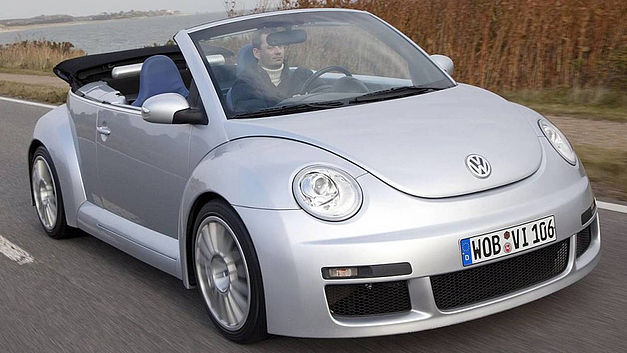 Frank Welsch, Volkswagen's Director of Research and Development, confirmed the information at the Geneva Motor Show: "Two or three generations is enough, we can not do it five times, we can not have a new new new Beetle". The commercialization of the current model will continue two years before its disappearance. In the future, Volkswagen's neo-retro fans will be able to turn to the standard version of the I.D. Buzz concept presented last year, which pays homage to the 60's Combi.

As for cabriolet enthusiasts disappointed by the upcoming disappearance of the Beetle Cabriolet, they can turn to the next T-Roc, a convertible variant has already been confirmed.

This was expected after dieselgate and quite long rumoured. They simply need to chase volumes, unfortunately. Scirocco is also down.