I'm dreaming of a white Christmas ... 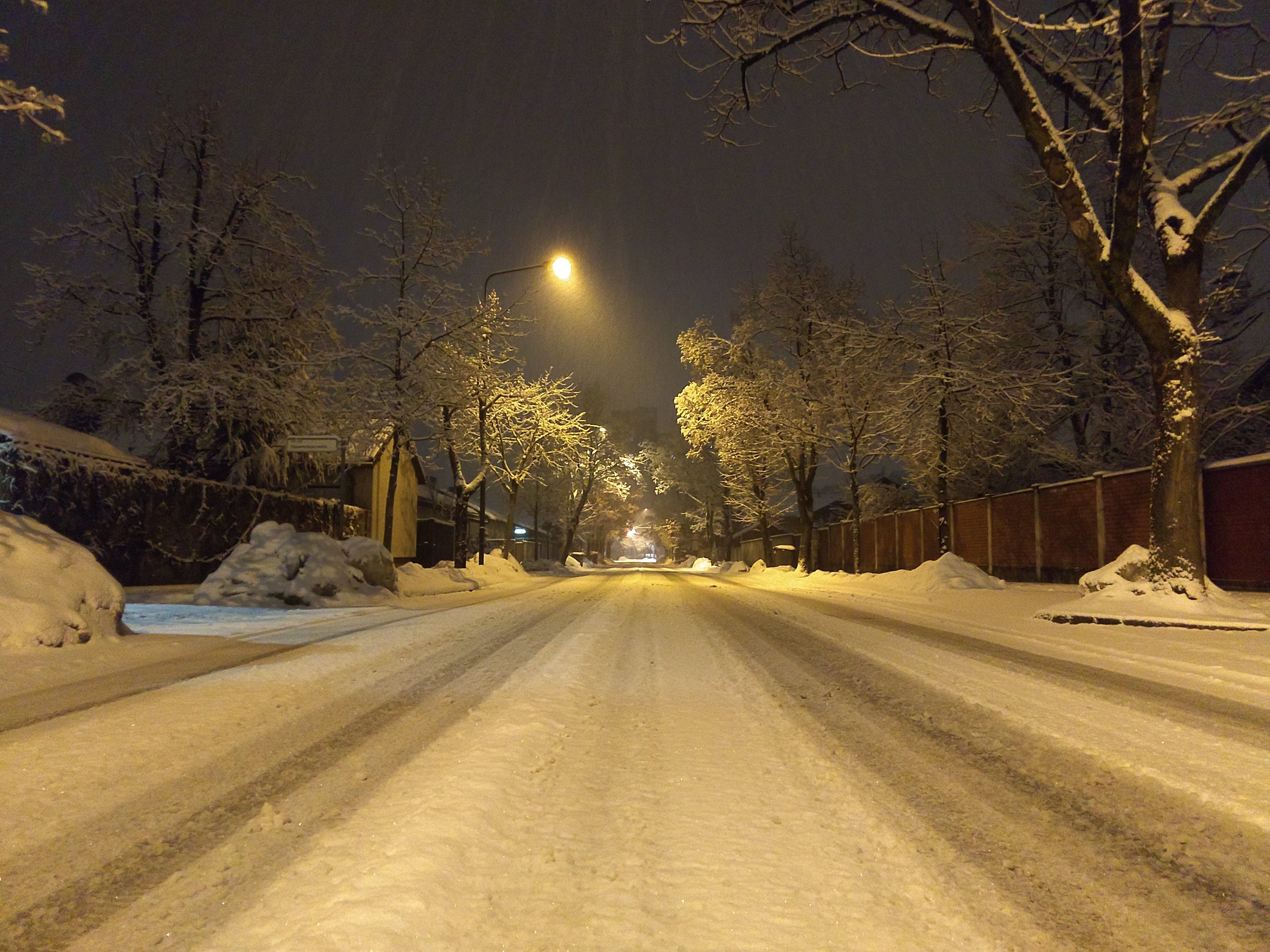 Just like the ones i used to know ... I couldn't resist it, the melody was ringing in my head while i was walking on the freshly fallen snow. Not a lot of snow, just enough to get everything white and to bring that Christmas spirit out. Only a few people outside at this late time. Some are probably preparing for a Midnight Mass, the others are maybe still decorating their beloved Christmas tree. Many siting comfortable in their sofa drinking Eggnog by the fireplace after a delicious dinner. Ahhh it's that time of a year again, when all the troubles step aside for at least a couple of days and it's nothing better than to celebrate this wonderful time in the same manner as the Christmas carol from the title goes. 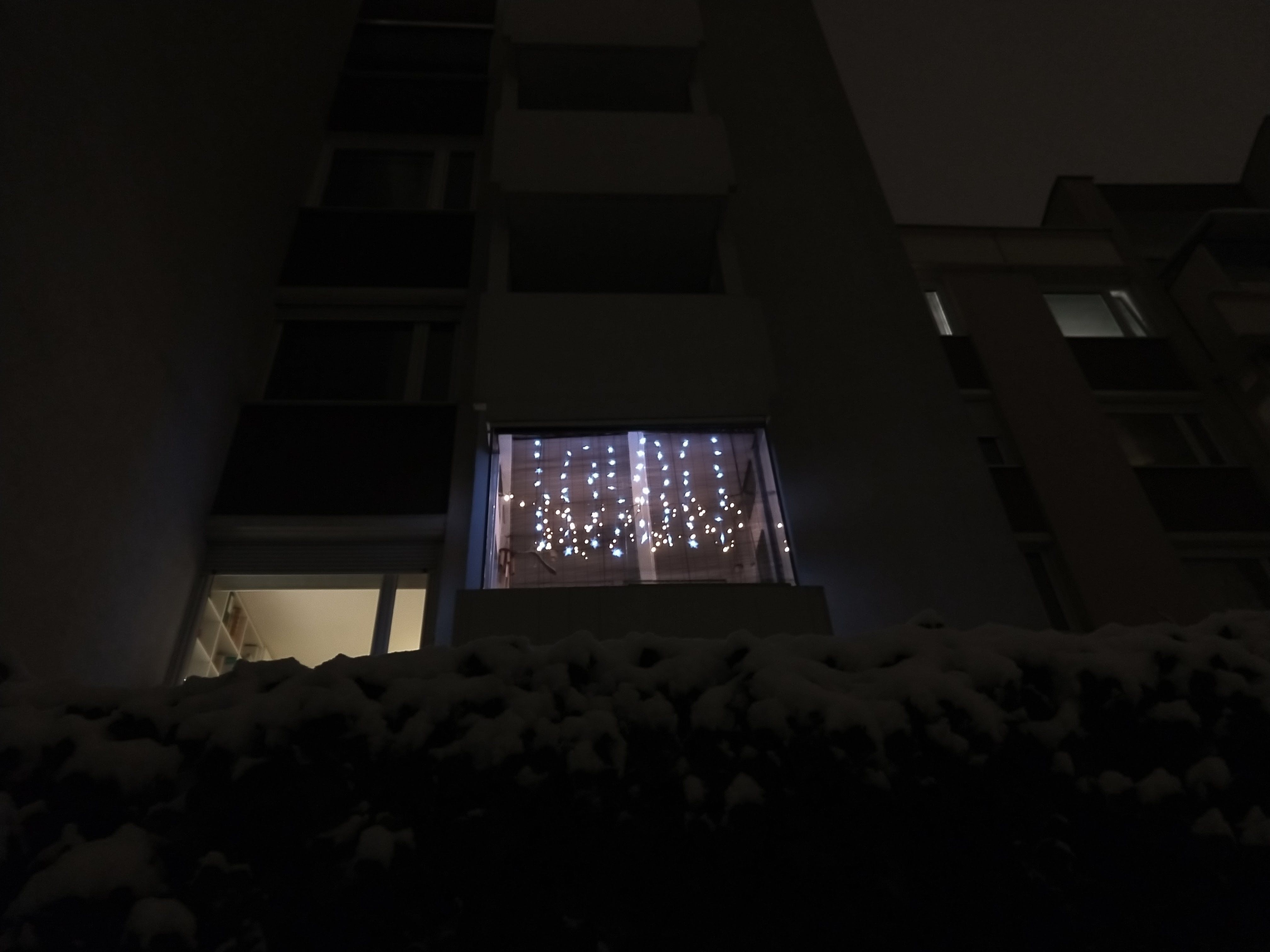 Walking alone down the street i saw a long truck stopped by. Just a bit of snow troubles nothing much. I talked to the driver and he said that he is a bit in a hurry delivering his goods. As it is Christmas time, his cargo is in extreme demand and he was a bit nervous not delivering them on time, but hey ... it's Christmas so you can't really be mad and the forgiving people will understand. We are not used to white Christmas anymore so i am 100% sure they will understand the delay. I greet him farewell and wished merry Christmas just to bring up some joy on his face while he was putting the snow chains on his trucks. He already placed them on one tire. It took him 30 minutes but lucky for him, he's got only 5 tires left. Leaving the truck behind i continued my evening Christmas walk, observing those rare cars passing by ... why are they driving at this time. Don't they have a better place to be right now, but than i remembered ... I am the one walking around, alone in the dark in heavy snow, without an umbrella with cell phone in my hand ... Who's the weirdo now? Probably me i suppose? 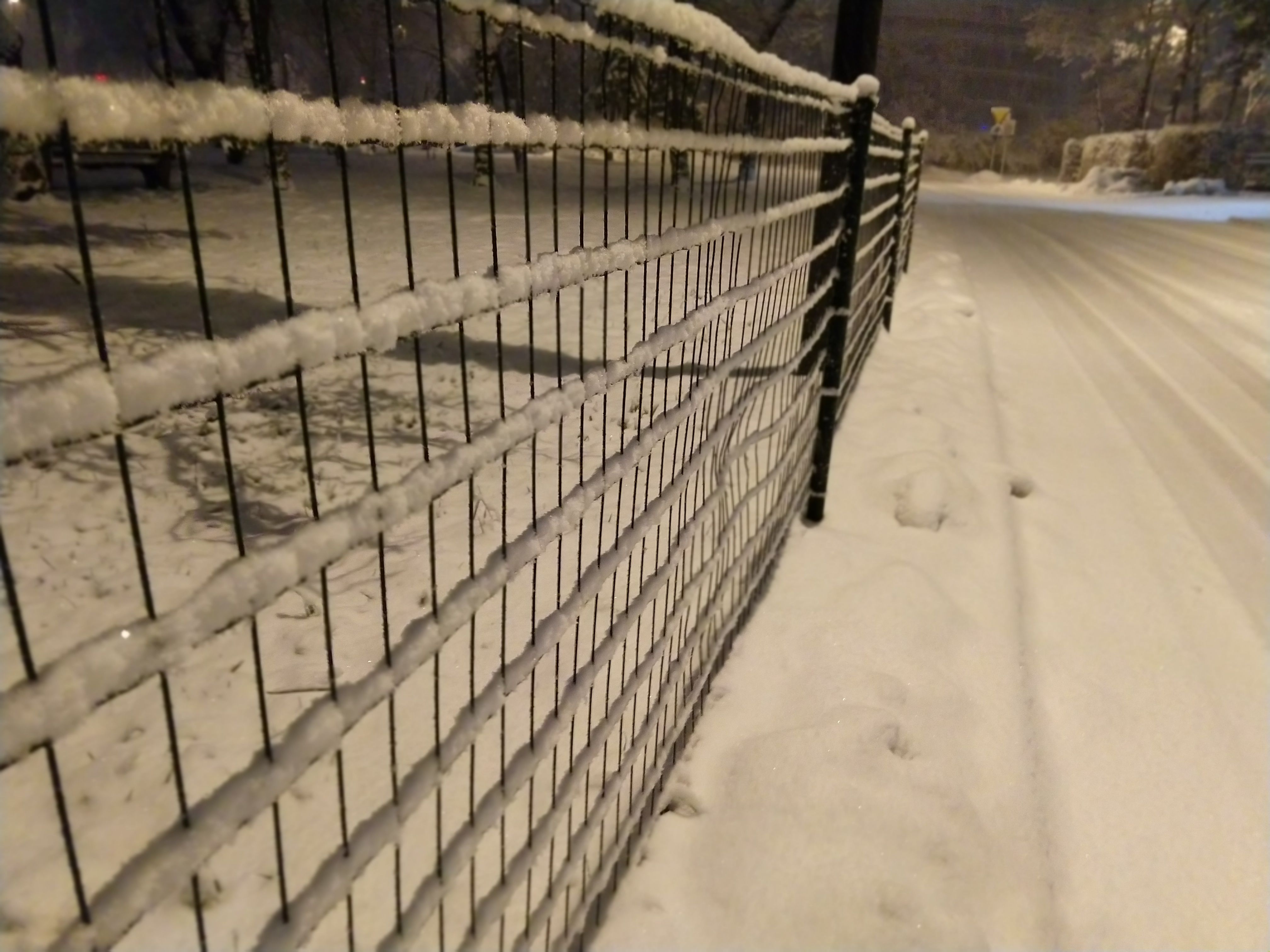 I left the main roads and walked between the houses while i was returning to my home. Some people were also outside, cleaning their driveways from snow. Seriously?! They were looking strange at me when i told them how happy i am for having a white Christmas but i don't know why i got the feeling that they didn't understand my happiness. I felt that i am not wanted so i left them without the wishes ... Looks like they are the Grinch family ... I was almost at the front steps, I didn't want to miss the opportunity to write my name in the snow. I am not good at drawing so i had some troubles with it. I hope that you can see what it's written - it's poss. I've left the @ because i was too embarrassed to post that piece of "art". 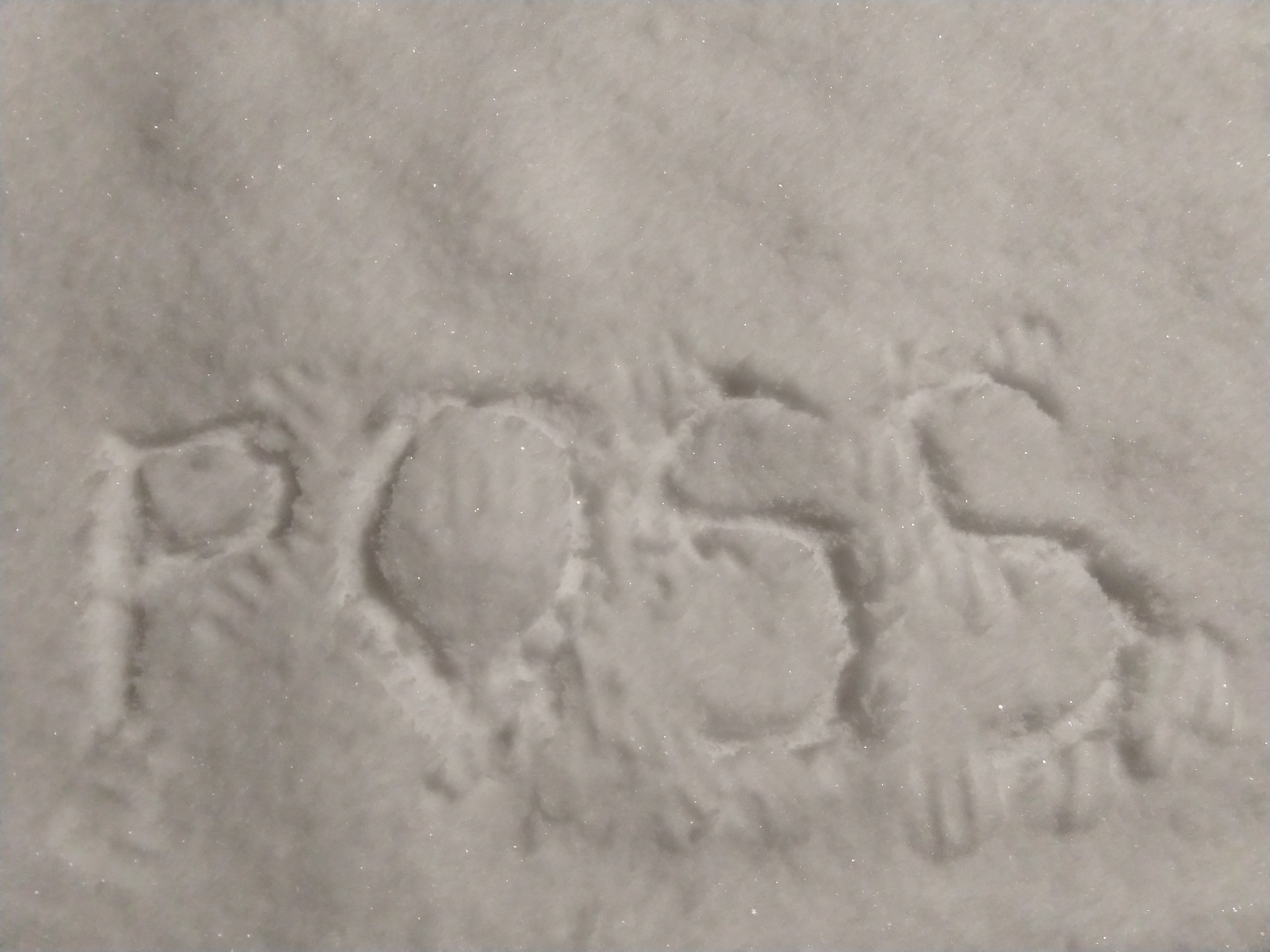 The only problem with my story is, that it's March the 5th and these are fresh photos from Ljubljana, Slovenia.

Have a great week everybody and please, please, do not ask my why do they still have Christmas decoration on their balcony =)

Haha amazing, i was reading through your post and started thinkin why are you posting it now, 3 months later and at the same time my parrents sent me exactly the same photos yesterday :)

Haha glad you liked it. It would be just perfect if it would actually be Christmas :D

Well, 3 days from the post, the snow is almost gone. We're left with only piles of it from cleaning the walking surfaces and we had 15°C today =)

I'm just glad you didn't spell your name in the snow with urine. That's how we used to try and do it when I was a kid. I'd need at least a 12 pack of beer if I wanted to spell out my username :D

Haha don't think that it didn't cross my mind?! :D But i did act civilized ... being in my own neighborhood after all :)

I love snow, but in March ... I'm ready for summer as well. That's what this post is all about :D
Thanks for stopping by! =)

I lobe the silence and calm in winter like this. Walking is like meditation. Well if you aren't that truck driver. And yeah I think we need to change calendar and seasons.

I love the pictures with all that snow, it looks so peaceful and nice. Zagreb is covered in snow too and everything is slower than usual.

Christmas lights in March? I know a girl who had a Christmas tree up and decorated for a WHOLE year, so this does not surprise me :)

Some people does have strange habits! But as long they are happy, I'm fine with it =)

You have earned 5.20 XP for sharing your photo!

I'm glad you did not spell your name in the snow with urine. That's how we try and do it as a child. I need at least 12 packs of beer if I want to decipher my username: D
I'm sorry