The Codebreaking Challenge is Steemit's first puzzle-solving and code-breaking game designed by me (@wilfredn). It's a real-time game that will have you competing and collaborating with other players to solve a puzzle and progress to the next stage. Compete for a prize pool that grows in size as more players join in the fun.

To play this game,
READ THIS POST FIRST FOR THE RULES AND INSTRUCTIONS.

With a start, Ted McConnor jumped from his chair. His computer screen had switched from the movie he was watching to lines of code crawling across the screen. Ted was a hacker. It was his job to hack others. It was also his job to not get hacked. His mind racing, Ted went through all the options available to him. By this point, the attacker had gotten inside his system and it was too late. Suddenly, he noticed that the word start, the "seed word" was different from the rest of the message. He clicked on it.

An encrypted message appeared (solve it on AES Encryption Website): Hint: READ THE POST FOR THE RULES AND INSTRUCTIONS.

Very interesting game and quite different to all the games I have seen before. You should submit it to the #newbiegames weekly game contest:
https://steemit.com/newbiegames/@newbiegames/newbiegames-weekly-1-game-kicking-off-with-a-game-within-a-game-x

The first stage is a nice and gentle introduction, but I am curious as to how the collaboration between different players is going to work :)

Thanks for the resteem @plushzilla! So far, the discord channel is meant to act as a "leaderboard" so I know who and how many makes it to which stages. I have more challenging puzzles planned already, and in the future, it might take knowledge in different areas - science, math, general knowledge - to solve the harder stages. In that case, collaborating and sharing information might be helpful for all and make the game more fun!

The next stage and an invitation to a discord group for successful players will be released in a few hours...

i went to the web site but no info there, am I doing something wrong?

Hint: Look at the image sent to Ted. What does it look like?

There's also a step-by-step guide with images in the instructions and rules post.

Also, if you follow these rules and don't get the decrypted text after pressing the Decrypt button, that means your Secret Key is wrong. Check that you've entered in correctly, all in lowercase, and perhaps try another solution.

cool idea, you should also tag it with #newbiegames too

Congratulations you have been upvoted and resteemed as part of #newbieresteemday's top 10 posts for the day! ...

We invite you to use our tag to connect with more of our members. To learn more: Come Join Us!!! (Newbie Resteem Initiative) 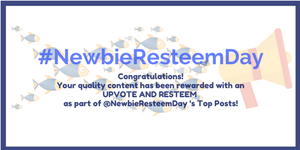 Thank you! I forgot about #newbiegames. Done!

Well, that was a nice first challenge. My vote is not 100% but I did find the next code, would love to play!