Why You HAVE to Vote For Witnesses - A Public Appeal to Witnesses and Voters!

What Are Witnesses And Why Are They Important?

Steem’s top 20 witnesses have a GIGANTIC say in the future of the platform. Blunty said, If 17 of the 20 witnesses agree on a change, then that change gets made. That means that these 20 people decide about the future of the platform that YOU invest your money and time into. Everyone can vote and obviously YOUR vote MATTERS. Take your time reading through some of the witness threads and make sure that you use your right to vote!

Steem is unique in this sense compared to other cryptocurrencies. Through voting, coin holders have a say in the future of the token that they are holding. Witnesses, of course, are pushed into thinking in the best interest of the platform. Those who will push an agenda that only benefits THEM will not stay in the top 20 for very long… 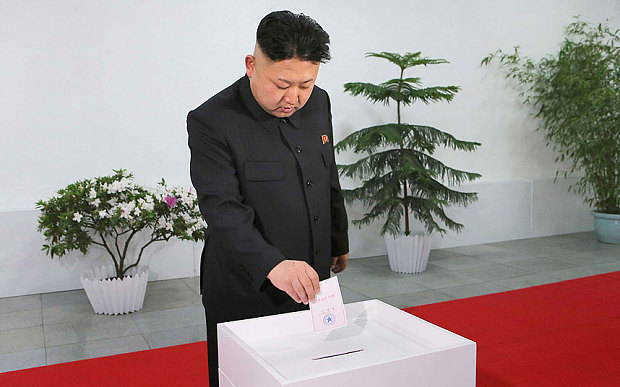 Picture of a random person submitting their free vote...

Below I’m going to list the witnesses that I voted for and I will explain why. I would be especially interested in hearing from some of the witnesses who didn’t get my vote. I don’t want this to look like a creative way to “tag” and draw the attention of whales so I have declined payouts on this post, because this post is ONLY about encouraging witnesses to communicate with their voters and to encourage them to be more open about what they are actively doing as a witness that benefits the platform. My Own Set of Rules

By default I will exclude witnesses who haven’t updated their witness thread in over a year and I will also exclude witnesses who haven’t posted in over a month. Some might argue this is a little lazy on my end. By looking at people’s feed I might learn a lot more, but I think voting is very important and I think crucial information should be easily accessible to voters. Ideally I’d like to see a post every 30 days about their activity as a witness but that wouldn’t leave me with enough options… Witnesses make a lot of money. They deserve it, but in my opinion it comes with a responsibility to keep voters informed.

If anyone comes up with a good argument as to why this is dumb logic on my end then I will reconsider these personal “rules”. If in general, people agree that this is a good method to use then I will further promote this method in coming articles and videos, trying to encourage witnesses to keep us voters more informed.

I am using this link to both vote and to find the witnesses threads. I encourage you to use this link as well: https://steemit.com/~witnesses

If there are other relevant links and tools that can help with this then I would be happy to learn about them and will consider them in an edit. Time to dig in, starting with the top 5!

@gtg and @roelandp have both not updated their witness thread in the last year so they aren’t options. @jesta hasn’t posted in over a month.

@good-karma witness thread leads to an app. It might be a very useful app, but that alone is not good enough to earn my vote as I don’t know anything else about this person’s intentions and contributions towards helping the platform grow.

At first glance you might think that that puts me in a pickle as @timcliff is the only person who “qualifies”. So I am voting for Tim. Luckily for me I believe Tim is an AWESOME witness. He is very active, he is very smart (judging from the discussion he had with another witness on @msp-waves about SBD) and Tim has been closely involved in developing and expanding the FAQ page for Steemit.com; something that has helped me tremendously during my earlier days on the platform and something that still helps me occasionally to this day. That is not even everything that Tim does to help grow the platform, so I couldn’t be happier with this vote!

@thecryptodrive and @ausbitbank have not posted in the last 30 days so they are out of contention. I have gotten some much appreciated support from @ausbitbank in the past and I am grateful that this person recognizes my own personal efforts to grow the platform, in addition to which I know that this person delegates LOTS of Steempower to community projects but I want to stick by my rules for now. If you don’t agree with the parameters I said then I would definitely recommend you to vote for this witness though. @thecryptodrive hasn’t posted in 8 months and his witness thread is over a year old so I’d be curious to hear about people’s motivation to vote for this witness.

@someguy123 witness thread is well over 2 years old so this person disqualifies.

@blocktrades witness thread links to a website that doesn’t explain anything about this person’s motivation to be a witness so this person disqualifies.

@curie also has an external witness thread but it’s filled with lots of information. This person is also very active and regularly posts updates about it’s quest to find the diamonds in the rough on Steemit. A cause that I think is extremely important. So again I was limited in who I could choose but I am very happy giving my vote to this account.

This one is a little different and for me personally it’s an obvious choice. I realise now how picking 1 person from a selection of 5 spots is a little limited, random and unfair towards some of the other witnesses but since I only have so much time, I will stick with this plan for now and at some point in time I will take a closer look at the other 4 witnesses (@lukestokes.mhth, @anyx, @pharesim and @clayop) to see if they warrant my vote.

This vote goes to @aggroed all the way. Aggroed has supported me and @theywillkillyou every step of the way since we first got in touch. I have appeared on his radioshow @msp-waves multiple times by now, he recently set aside 4 hours to let us conduct an interview with him and he is running the @minnowsupport project. I believe projects like this are crucial when it comes to the future of Steem. Newbies HAVE TO HAVE A FIGHTING CHANCE! The amount of inactive users on the platform is concerning and initiatives like this should help improve those numbers. I would tell you more about some of the stuff @aggroed is doing but this post is already getting much longer than I anticipated.

Top 16-20
These are super important spots. Some of these witnesses are holding on by a thread. Having the right people in these spots and keeping them there is crucial!

@furion and @followbtcnews are the only 2 with witness threads fresher than a year, so @smooth.witness, @xeldal and @pfunk don’t qualify.

They have both also posted in the last 30 days.

@furion has a witness thread that is not necessarily about his ambitions as a witness, @followbtcnews on the other hand talks extensively about his involvement with multiple projects so this person gets my vote. That’s a pretty valuable vote given that he is currently ranked as number 20.

I’m not going to sit here and claim I read all the threads :). My first vote will go to number 31 @teamsteem. A selfless Steemian who is always on the lookout to help other people. He holds lots of Steem power that gets distributed fairly and with the goal of motivating people. This person is very active and almost all of his own posts are geared towards helping people out and informing them. Like Aggroed, Guillaume set aside a portion of his time to allow Angelo and I to interview him. I don't think it's morally wrong to vote for someone because they helped you. I'm actually not able to able to come up with a second vote. It’s too time consuming. I am open to referrals so I would encourage everyone who thinks someone in the top 21-50 who is worthy of a vote, to leave a comment about why this witness deserves a vote!

Maybe I am being overly ambitious but it would be awesome if this post leads to some of the witnesses updating us voters a bit more regularly!

Thank you for the support! I really appreciate it!

Hi @teamsteem thank you for all your support! I have been creating a series of daily posts to let people know about several projects and apps available on the blockchain, not only for the individual apps or projects, but to show all the developments, big and small as well as projects being done on the blockchain.

I noticed you have been helping and supporting my posts for sometime, and today I realized I got no more upvotes from you. Is this a technical thing, or a change you made?

Thanks for your time and support all this time!

seems likes Steemvoter.com has missed some posts. I'll have to go back trough my feed. I haven't look at my feed yet today.

Thanks for the follow up @teamsteem , Not a problem at all! For me its enough to now that you did not take out the support to me because I did something you were not expecting! My aim here is to help minnows and new users to learn and know as much as possible about the platform!

Vote is the only source to select your member.

excellent..and thanks for your support!!