Something I almost never see discussed in regards to the September 11 attacks is World Trade Center 6. WTC6 was an eight-story low-rise office building that was adjacent to WTC1 and served as the headquarters for the United States Customs Service, whom the Port Authority signed as an anchor tenant back in 1962. The reason I bring this up is due to the fact that WTC6 suffered some extreme and very strange damage in the aftermath of the attacks that day. As you can see in the image below, in the aftermath of the attacks WTC6 formed something of a crater in the center of the building where its central mass is seemingly completely missing in a pit that descends all the way down to ground-level. 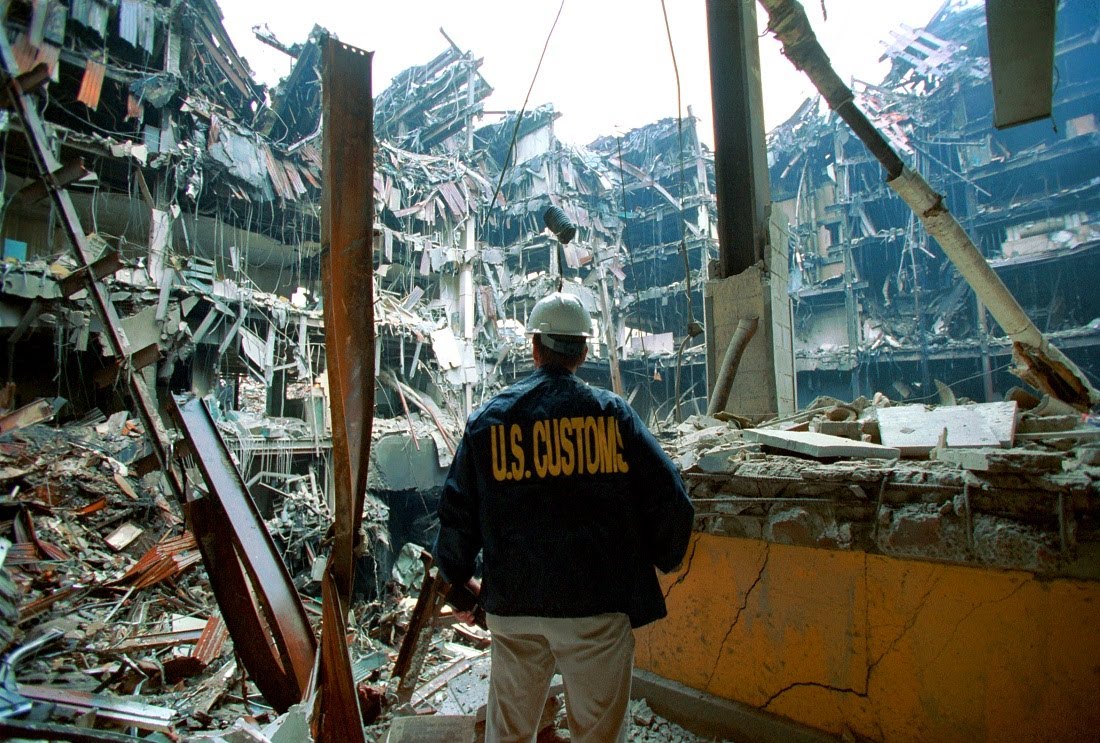 The official story is that WTC6 "was destroyed due to the collapse of the North Tower during the September 11 attacks in 2001". Basically they would like to have us believe that a large piece of the falling North Tower debris hit the roof of WTC6 causing the massive damage to the center of the building. The problem is that the complete lack of expected debris inside WTC6 doesn't seem to match up very well with the official story. Where is the large piece of WTC1 debris that caused the massive damage to the building? Where is the debris from the 8 stories that were destroyed in the center portion of WTC6? Are we really to believe that both the object that is said to of hit the building, and the entire middle section of the building that was said to of been hit, both just magically vanished upon impact with each other?

9/11 - the big cover-up?
"The 9/11 Commission now admits that the official evidence they were given was far from the truth"
https://www.theguardian.com/commentisfree/2007/sep/12/911thebigcoverup

If you ask me, something doesn't add up, but hey since almost everything else we were told by officials in regards to that day was a lie, I guess it shouldn't really be that big a surprise that the story we were told about WTC6's odd fate also appears to be a lie like all the rest...

Anyways, what are your thoughts on this topic? Were you aware of WTC6 and its odd fate that day? Do you think the official story adds ups or do you have even more questions now about what actually took place on that day? Feel free to share your thoughts in the comments below. It was an false flag attack carried out by rogue networks that have infiltrated deep into the government structure obviously. Bill Cooper warned months in advance. He said a false flag attack on the US was planned and they would blame Osama Bin Laden. He called it out as it happened. Bill was killed in November 2001 by authorities after he opened fire on the LEOs that were entering his premises.

And forget building 6, did you see what happened to WTC 1 & 2 ?
WTF was that? Where did they go? Gone with the wind?

I agree 100% it was a false flag, and yes Bill Cooper predicted the attack months prior to it happening (due to his research into the exercise Amalgam Virgo 01) and its a shame he was killed in the immediate aftermath of the attacks as I am sure he had a lot more to say about the topic.

And yes I saw what happened to WTC 1 & 2 but most people already know about them so I wanted to take the time and try to mention some aspects of that day that most people have not yet heard of, including WTC6 which almost no one ever talks about in the slightest.

The whole event was such a joke, and people that still believe the official story obviously haven't done a single bit of their own research into the topic, as it is quite obvious that what actually happened is very different then what we were told happened.

Anyways, keep up the good fight!