my attempt at making pancakes! :)

Cooking. A basic yet complicated skill I lack in.
I've always enjoyed cooking or helping when I was younger, in the kitchen making up my own unique concoction of tastes. Let's just say everyone loved my sandwiches!

Fast forward a couple of years, I ended up loathing cooking and would just have cereal and sandwiches. I was and still am extremely picking when it comes to food. If something looks gross to me I wouldn't go near it no matter what.
I decided to start baking. Surprisingly my first sponge cake came out delicious, first time lucky I guess.

After that, it was just failure after failure sometimes because of not measuring the ingredients properly and just winging it and assuming I was a natural baker because of one tasty cake.

My next two sponge cakes were hardly eaten, and both got thrown away and so did my muffins. which I decided to bake at 4 am in the morning like a numpty.
My next venture was pancakes, easy enough task, right? Well, not for this guy.
I decided on vegan pancakes, why? Because I didn't have most of the ingredient. Let's just say it went appallingly. It was extremely runny and horrible!
So, I decided not to make that same mistake again and made fluffy American pancakes (my version, unfortunately) 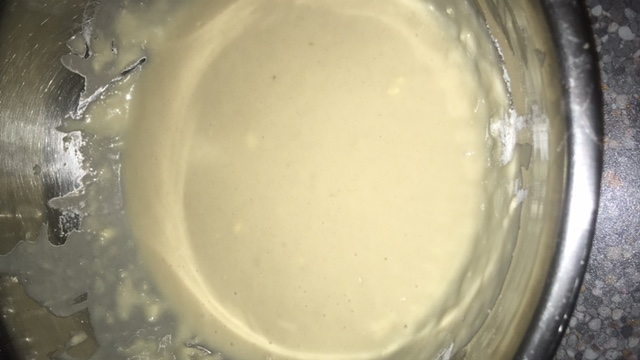 I know what you're thinking I must've been finishing all the sugar, milk, butter and eggs in the house and yes indeed I was.
I even managed to burn garlic bread, which was a simple task of putting it in the oven (apparently, I missed the memo on how a timer works) let's just say I realised it was in it when I started smelling something burning I was all but clueless that I put them in there.

They ended up being stone hard and jet black. Unfortunately my first couple of attempts was quite frankly a horrendous attempt at making my American pancakes.

Don't worry guys, this story has a happy ending.
Not letting all these endeavours weigh me down I decided to make a light fluffy American style pancake. My first attempt was inadequate, to say the least, however, I had way too much fun doing it and surprisingly the second, third, fourth, fifth one came out amazingly.

well, my version of amazing. Though it did burn a bit but for my first try a bloody pat on the back coming from the girl who burnt something as easy as putting garlic bread in the oven.

From the picture of the pancake, it looks like you likely have the temperature set too high. Try a bit above medium low.

Yeah, I realised lol but this was supposed to be a fun blog for people to share their mistakes and experiences.

Well I've burned my fair share of pancakes, and made quite a few greasy ones, but I'm sorry, I'm a good cook. :P
Learning to cook is a process of many many mistakes, interrupted by a few successes, and then slowly building up a collection of things you can make really well, or really like to make.

Haha that sounds like me! Though, I just like baking even if it turns out below average 😂 Glad, you've been improving!

Cute story! I make pancakes all the time and the first batch always goes wrong!

Thanks! It's quite amusing and annoying at the same time😂