Bitcoin is getting a bump on reported interest from yet another famed investor. Peter Thiel, co-founder of venture-capital firm Founders Fund "amassed hundreds of millions of dollars" of the cryptocurrency, according to WSJ's Rob Copeland.

The price of bitcoin is up nearly 10% so far Wednesday to around $15,100. Meanwhile the Bitcoin Investment Trust (GBTC) is up almost by that much or 7%, trading at a near 70% premium to its net asset value.

On Wednesday, RBC Capital Markets' Mitch Steves joined the bulls, outlining a $10 trillion case for cryptocurrency and blockchain. Steves highlighted the potential of a secure "world computer" untethered from a third-party intermediary. He pointed out that international remittance is estimated at half a trillion dollars annually and that just the computing power being used to secure the network via proof-of-work is now a multi-billion dollar market.

Janus Henderson's Paul O'Connor, head of the multi-asset team, disagrees. In a blog post published on the firm's site yesterday, O'Connor said he sees no evidence of bitcoin as an emerging asset. "While it is very difficult to form a meaningful view of the medium-term potential of any individual cryptocurrency, the combination of parabolic price moves, high retail participation, and leverage mean that when the next bitcoin dip arrives, it has the potential to become a hair-raising affair," O'Connor said.

For every skeptic warning about the bubble in crypto, a supporter seems to spring up in his place.

Michael Novogratz, head of Galaxy Investment Partners, temporarily suspended plans to launch what could have been the largest crypto fund last month, citing undesirable market conditions. Yet, here is Thiel, who serves on President Donald Trump's technology advisory council and is well-known for making early bets on companies like Facebook (FB), talking about bitcoin's potential if it turns out to be "the cyber equivalent of gold." 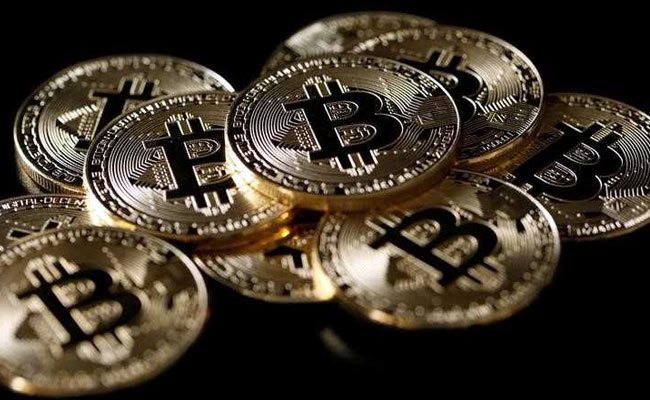 IMHO, no one can deny bitcoin or crypto at this point. Crypto is the wave of the future and anyone that's done any amount of research knows or at least thinks it. I have friends that say the stupidest s**** when I try to introduce them to crypto and if I listened to them I wouldn't have a portfolio that has gained 14,000% over the past 3 months alone. My advise, stop taking advise from closed minded people that won't accept a clue.

Thank you. I agree with you.

I am not an expert on the subject, but I also think that the increase is due to the collection of profits product in the rise of prices in the altcoins waiting for them to perform the corresponding market correction.