Fiat Currency is in Bubble and Not Bitcoin

Bitcoin smashed record after record in the last several months multiplying its value several times in the last year hitting a new record high of nearly $20,000 after starting 2017 at less than $1,000.

This relatively new currency Bitcoin remains volatile, however, with new peaks often followed by tumbling values. The value of this currency has sometimes lost or gained thousands of dollars in hours. Since hitting $19,783 for the first time early this month the price for a Bitcoin has slumped to below $15,000.

This volatility has led to claims the cryptocurrencies are a bubble and not a good investment or the future of commerce, as some have claimed. The Indian Finance Ministry said: “Cryptocurrencies don't have intrinsic value and are not backed by any kind of assets. "There is a real and heightened risk of investment bubble of the type seen in Ponzi schemes which can result in a sudden and prolonged crash.”

However, defenders of the digital currency boom have claimed distrust in the value of fiat currency has grown rapidly with many people looking for a safe haven for their wealth. The idea behind Bitcoin was that a bank cannot dilute the currency that you have in your pocket.

The ICO Rocket associate said that since the gold standard was abandoned by Richard Nixon in 1971 national currencies have no longer been backed up by a one-for-one gold reserve leading to manipulation of their value by central banks.

The gold standard meant that currency had to be backed up by a reserve of the precious metal but once that was ditched by President Nixon central banks were free to print as much of a currency as they wanted taking value out of the currency held by citizens in projects like quantitate easing.

Gold ceased to be a reference point and since then the central banks all over the world started printing more and more currency because they can suddenly because they do not have to have a one for one gold reserve.

The 2009 financial crisis is also considered a big factor in the popularity of various digital currencies. Many of the larger variations in the value could be ironed out as more and more people become involved in the cryptocurrency boom meaning there are fewer big players able to dramatically influence the price, the expert claimed.

These currencies are brand new assets so I think at the moment it is clearly coming of age, you can now trade futures on Bitcoin at the CME (Chicago Mercantile Exchange). Once the market becomes more established this will also take care of the bigger fluctuations which we now see because trading at the moment is reserved to very few exchanges. 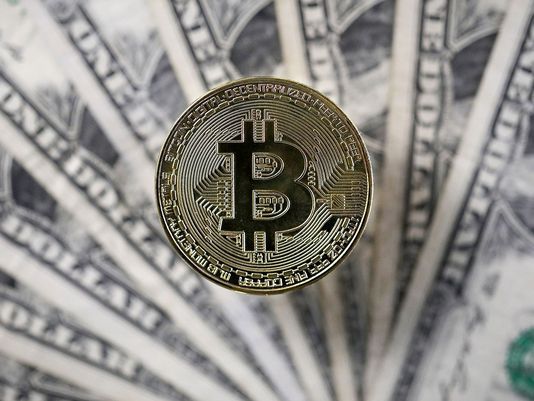 Hi. Thanks for your post. It is very interesting. I do not know much about cryptocurrency, bitcoins, blockchain and all this new virtual currency. I would like to learn more. Would you please help me?

I don't see the relationship with Fiat