RE: Jamie Dimon is wrong, and he knows it

JP Morgan’s chief executive, Jamie Dimon, might be getting into some trouble with Swedish financial authorities for market abuse when he called bitcoin a “fraud” last week. 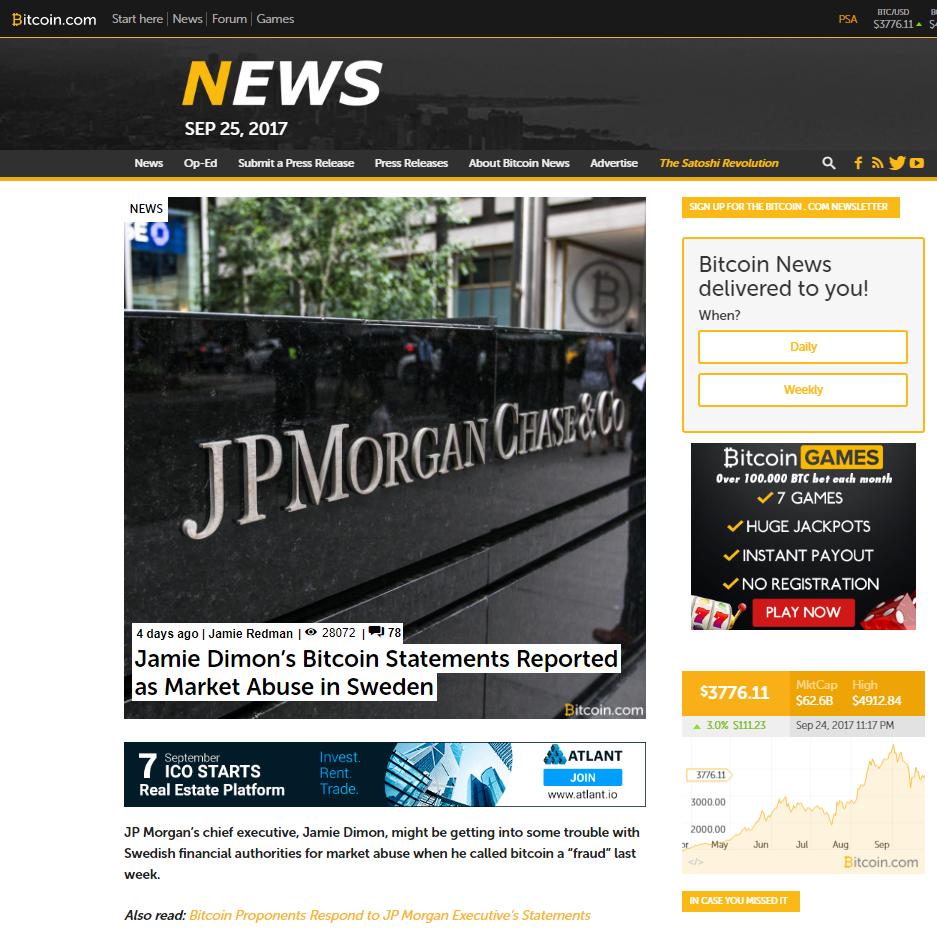