I'm currently mining with 1.1tb spread out on 3 different drives but I will get another 5 or 8 tb in the near future.

I still have a NAS (4x500gb) collecting dust since I couldnt get the plotting to work but hopefully that will be up and running soon.

The pool I'm currently using is http://burst.lexitoshi.uk/, was previously mining in pool.burstcoin.eu but since they are getting ddos:ed constantly my network quality goes down to 0% which means I'm not mining anything.

As of this day I have earned a total of 1270 burst which is around 23$.
According to the burst calc (http://burstcoin.biz/calculator) I should be making 318 burst per month but as I managed to mine a block I got a payment of 1024 burst which boosted it up.

Mining with my HDD's suits me very well as I dont have to put up with any noise or heat as you do with GPU's.
The drives generally don't use high amount of electricity so your bills won't be off the charts :)

The income from GPU mining is of course higher, so if the noise/heat aint a problem then you are better off with that.

I also like that I can use my computer as I normally do even though it's mining in the background (gaming without any issues). 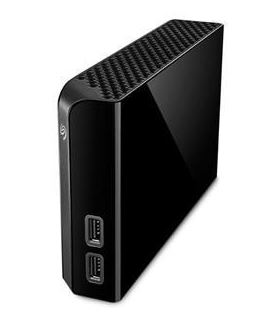 If you have any recommendations on which drives to use or if there is a better pool for miners with lower capacity then please leave a comment.
And if you have any questions then I will do my best to answer them :)

I mine for a longer time with 3 TB.And earning are shitty 5-10 coins per 8 hours of mining.It depends on luck,sometimes much more.But all in all,it sucks.Their calculator is not correct,i suggest you don't use it.It's useless.It's all about luck of finding blocks.
I am guessing that 10 TB would be ok to start.Because it's getting harder and harder to find shares with less TB.

Even if it's not alot it's still more then I would get without the mining, and the current 1.1tb is storage that I wasnt using so I figured that I would try it out. The value on burst has gone up alittle so I guess it makes up for the lower burst income :)