queenalexander (32)in #cryptocurrency • 4 years ago
ICO: BitconnectX "Be a part of the Cryptocurrency Movement"

From what I've seen there is mixed reviews of Bitconnect, those that use the platform especially lenders love it. Individuals that oppose it tend to be those that haven't used and never even seen the platform in action. ICO's, initial coin offerings can be a great way to invest in a new exchange or blockchain and gain leverage before it is available to the public. I recommend researching ICOs before jumping in because there are inherent risks in most investments. Some that are trying to grasp the idea may benefit in researching IPOs as well if interested in comparing the similarities and differences between a crypto company and a publically traded company. The goal for both is to gain revenue for growth and expansion but as an investor, this can take months or years for an ROI if this even happens.

ICOs are a way to invest in a coin pre-launch and receive tokens. The price isn't guaranteed to go over the ICO price but with the gains of BCC and other alt-coins many crypto enthusiasts and investors love ICO's or simply buying into coins early on. Can BitconnectX recreate the buzz of BCC? My speculation is telling me to take the chance but since I am not a financial advisor I again recommend people do their own research investing.

As of today, the BitconnectX ICO will be available in 6 hours 21 Minutes. They have been fairly secretive about the ICO; is it a new coin, a trading exchange, a wallet, a lending platform or what exactly? BitconnectX can be anything which is part of the excitement for me. Bitconnect has revolutionized the cryptoworld in it's own way creating a nation of lovers and a set of naysayers opposed to all things BCC without legitimate reasons. Bitconnect created a profitable lending platform, trading platform and a coin that is priced above Litecoin and many other top 10 rated coins. To be honest nothing is clear and BitconnectX can be vastly different from Bitconnect regardless people that saw the growth on Bitconnect are watching and waiting for this platform to allow sign ups. I personally have this on my calendar and this is a big deal for me. Based on the site, payments for the ICO will allow BCC, BTC and LTC. 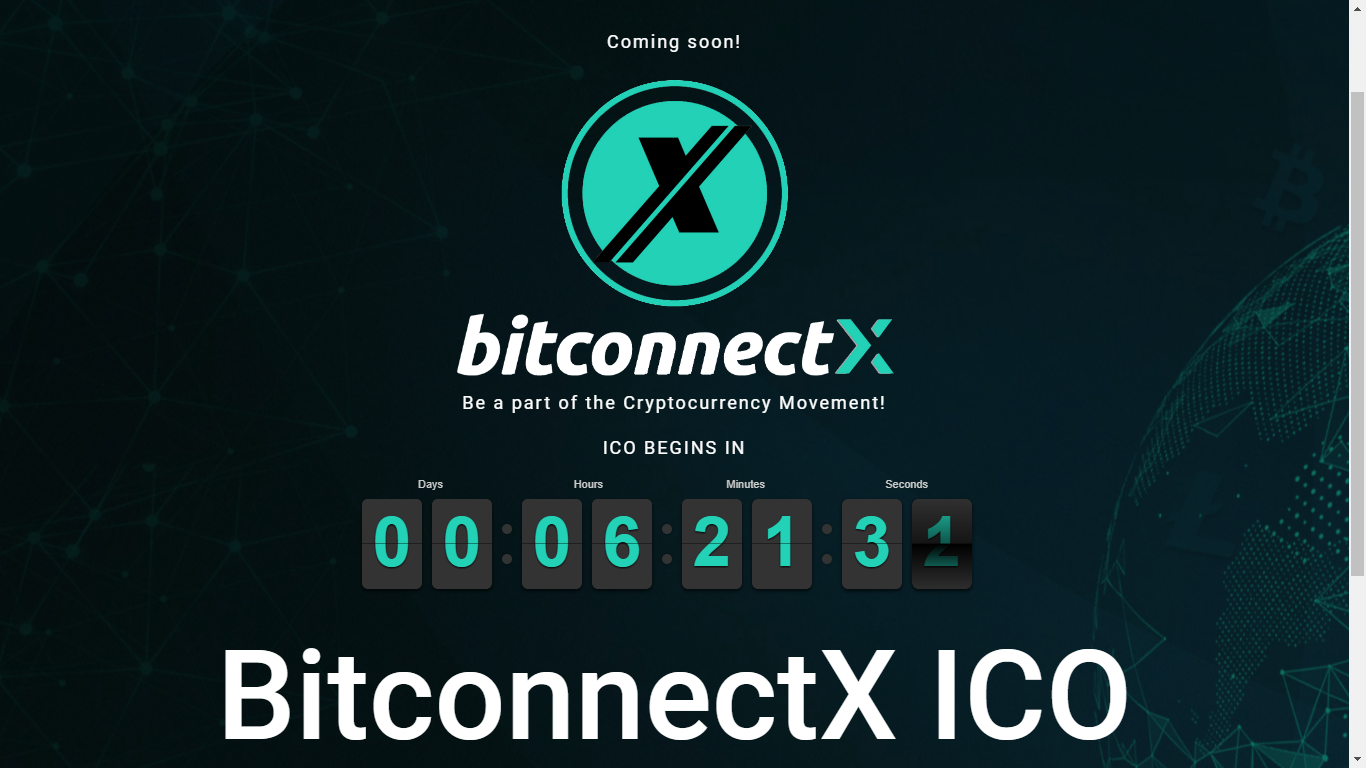 An ICO is a method of crowdfunding that will issue digital tokens in exchange for investments with the minimum amount varying across ICOs. The tokens will give investors the right to receive monthly commissions from revenue of existing and newly developed products. It is important to read the whitepaper or any details on the benefits and value of your tokens. For more information on what to look for in an ICO, I recommend searching "before you invest in an ICO".

To bad US citizens cannot participate in the ICO... But I am on board with BitConnect! It is a great / risky tool to help pull people out of debt.

Yes it sucks I blame Texas lol I'm a BitConnect fan and in a short time I see huge progress on my investment. Thanks for the comment.