- How to react to a massive dump in cryptos - 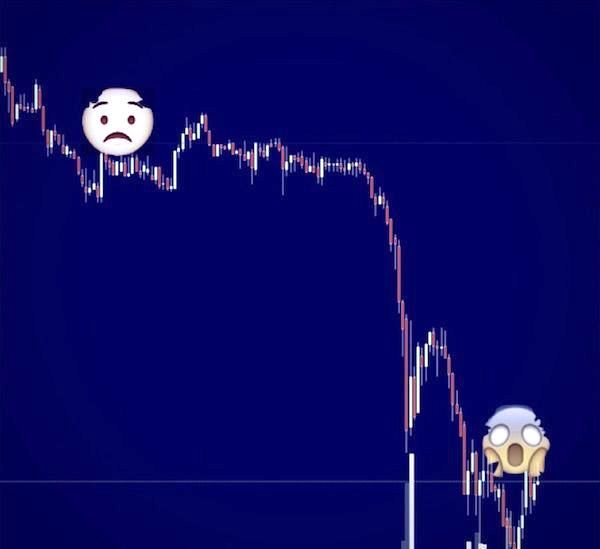 How to react to a massive dump in cryptos

Fluctuations are normal and healthy, but when suddenly things are changing, currencies start tumbling and your portfolio is already down by 15%, it becomes frightening. Then, you finally realize that it's Bitcoin falling down, dragging with it the whole market in its dump. It's a panic, you rush to sell to recoup your gains or limit your losses, and even if it's already too late, you will at least "save your losses". This is the most common classic reaction in such a situation.

Volatility in crypto world is powerful, recurrent and unpredictable. An official announcement, a rumour, an attempt at manipulation, whales, the value of BTC are all reasons that can cause major capital movements.

If you're investing in Bitcoin for long term, you won't necessarily look at your wallet every day, you may not even notice all this because it only lasted a few days or a few weeks maximum. Your crypto investment is in a personal wallet (software or hardware), it does not linger on trading sites, you are serene and confident in your investment. But..

What is the right decision when you're on a trading platform and a crash comes to shake things up?

Sale. It's a pro move, for daily traders that anticipated the trick and have already sold in profit with the intention to rebuy in a better position, all the process is done in a precise timing.

Do nothing. This is by far the safest position to adopt, especially in the event of a crash. You let the storm pass... Even a banker would tell you that. 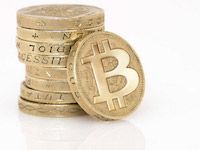 You avoid getting carried away by the general panic movement. Often, it will be already too late when you realize. So, just tell yourself that selling at a loss a currency you believe in a global growing market is not the clever idea . Not trading can be a very profitable situation. So HODL! If you feel the blow coming, or at least if you get the information in time, you can "short" your currencies convertible into USDT (Tether Dollar) as a priority. Tether is a currency indexed on the real Dollar, it is therefore relatively stable. It allows you to protect yourself in case of a crisis without having to cash-out. You then redeem your currencies with your USDT balance as low as possible. Different trading sites offer USDT, but each one has its own peculiarities in terms of currency parity and fees involved. There is usually an additional 1% commission on transfers. It's profitable when you react at the right time, both when you sell and when you buy.

It can be a profitable practice if you have a clear idea of the currencies you own. You have an estimate of their intrinsic value, you measure their potential, and you have an up-stream knowledge of the project. Those that have a strong, singular concept and solid technology are generally those that are likely to regain their value most quickly. 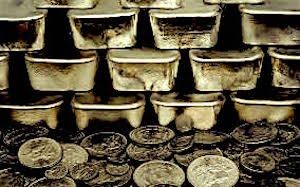 So you don't sell these currencies there. On the contrary, you buy more to make your stack grow by taking advantage of the falling price, ideally when the floor threshold is reached. You can sell other coins and invest losses in high-potential ones. You're tightening your ranks, accumulating capital to be in a better position to take advantage of the recovery. Here, it's pure trading, it's not about buying what you want but what you can potentially earn the most. For example, a coin with no reputation but which has had a good rating in the past can be a winner.
Any currency at its bottom has to be considered. The idea is to estimate the margin between the potential value and the current value of money. The larger the margin, the stronger the growth potential. Says, if following a general dump, Ethereum goes from 300 to 200 $ and Radium from 80 to 20 cents. The observation is that Radium can make x4 when Ethereum regains 1/3. That is the question. This example is just an illustration.

These are different ways of reacting that may vary depending on your temperament, level and situation. The most important thing is not to act emotionally. There are of course other parameters to consider, or other ways of doing things, but this is your own experience that will guide you!!

Feel free to comment, criticize, question, whatever... Only your votes and returns give meaning to the article.

You have a iron nerven

Indeed, I plan to hodl and just wait. You have not lost or gained any money until you sell!

That's a great rundown of the alternatives @sork . Dips like these for long term investors should be seen at worst as nothing more than a minor annoyance at best it is a great opportunity to have a sale price on great coins and projects.

Congratulations @sork! You have completed some achievement on Steemit and have been rewarded with new badge(s) :