After years of speculation, Facebook has finally released a whitepaper outlining it's new cryptocurrency/blockchain called 'Libra'. Many presumed Libra would be a corporate dominated control system for finance, but Facebook have thrown a curveball to try to deflect away from that concern. What we have is something that takes features of Steem & EOS and then combines them with control from a cartel of highly financed groups to oversee it all.. But don't worry, the system is 'decentralised'.. Anyone can have a say in the running of the blockchain - as long as they have $10+ Million to pay up front!

Yes, you heard right - this * cough * decentralised cryptocurrency has an entry fee for node operators of $10 million - so less 'decentralised' and more 'highly centralised among the most wealthy'. While Bitcoin and other cryptocurrencies promise something close to actual decentralisation that empowers individuals, it seems the - as expected - the Facebook token really does the opposite, while using the 'decentralised' buzzword to try to appear 'revolutionary' and 'trustworthy'.

As Techcrunch's piece on this story explains:

Facebook knew people wouldn’t trust it to wholly steer the cryptocurrency they use, and it also wanted help to spur adoption. So the social network recruited the founding members of the Libra Association, a not-for-profit which oversees the development of the token, the reserve of real-world assets that gives it value and the governance rules of the blockchain. “If we were controlling it, very few people would want to jump on and make it theirs,” says Marcus.

Each founding member paid a minimum of $10 million to join and optionally become a validator node operator (more on that later), gain one vote in the Libra Association council and be entitled to a share (proportionate to their investment) of the dividends from interest earned on the Libra reserve into which users pay fiat currency to receive Libra.

While Techcrunch acknowledges that the companies who have so far paid the $10 million entry fee (which includes Visa, Paypal, Mastercard, Stripe, Ebay Vodafone, Uber & Spotify) will likely represent a real oligopoly of power atop the pyramid of this new digital currency - they point out that Facebook has stated that they intend to introduce a Proof of Stake design that will truly decentralise the system (albeit leaving 20% of the control in the hands of the aforementioned large corporations). This is basically exactly the same as the way the Steem blockchain functions.

In fact, Steem is SO much like Libra that I feel I need to draw some comparisons here as it seems that the mainstream news sites are completely ignoring this detail:

However, Steem is not only battle proven - having been live for 3 years already - but it has the following extra benefits:

In fact, this last point is so important that I could make an entire post on it alone. The Facebook model - as far as I have understood - currently forces the network to be run only by entities that can afford the $10 million fee. This ensures that the network will be highly likely to be warped for the benefit of those in such elevated positions. Steem, on the other hand, has no such entry level and average people can choose to run a witness server (node) to run the blockchain for relatively minimal costs. This is a huge difference in terms of blockchain governance and distribution of power.

I also find it telling that even the logo of 'libra', far from being the actual zodiac sign of libra is actually the STEEM logo rotated 90 degrees and mirrored! 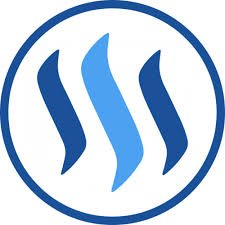 So what IS going on?

I have said, ever since Steem started to gain traction, that Facebook and other sites would potentially move to shut it down as it represents an existential threat to them. An uncensored social network that literally pays you money to post, SHOULD be a huge competitor to Facebook.. But how could they shut it down?

Well, as @jpbliberty on Steem highlighted through their upcoming class action lawsuit against Facebook for breaching of anti monopoly legislation - they appear to have tried to leverage their market dominance online to shut down other cryptocurrencies, such as Steem, while they developed their own in the background. Since Facebook and Google collectively carry around 66% of all internet traffic, when they ban adverts for a product, it has a huge effect. Since Steem could not advertise on their platforms following the crypto ad ban, it meant that Steem could effectively be silenced - giving time for Facebook to figure out how to maintain their power position online.

Could it be that their choice of logo is a middle finger to the Steem community? It would not surprise me at all. After all, they are calling the token 'libra' - inspiring the idea of 'freedom' - yet charging transaction fees and aiming to make profits in the process.. All while Steem already operates for free as an alternative!

Since so many continue to face censorship and extreme violations of privacy on Facebook and their other services, it would be really great if more people paid attention to what is likely really going on here. Let's choose liberation over Libra!

This post was originally published at Ureka.org: Earth Heart Community.

I agree, Steemit was the biggest challenger to Facebook and they are trying to steal the idea.

It does look that way. I have just posted the update from the legal team behind the Class Action Lawsuit against FB and Google in relation to Steem - they are going full steem ahead and looking for backing.. So it would be great if you'd promote that wherever you can :)

Yeah will do. Thanks for letting me know.

Thank you for sharing your thoughts and although I've heard of FBs new crypto adventures ive not done too much digging yet.

The worst part is, the general public will fall in line for a FB coin, but have been anti-crypto!! It blows my mind. I just goes to prove that most of the sheeple are already brainwashed.

People have a history of choosing convenience over the full truth - but at least with the internet we have a chance of this being part of a wider process of enlightenment and increased understanding within the collective. I suggest learning about the class action lawsuit that is ongoing in relation to all of this.

On the bright side, they will start to understand it and have a way to trade libra for steem... 🤗🙏

It is fascinating to see what might happen. My husband grunted at me as i was talking about it this morning as i was musing on the changing order: 'same bloody order. They are still getting you to buy stuff'. Never truer words.

Could it be that their choice of logo is a middle finger to the Steem community? It would not surprise me at all. After all, they are calling the token 'libra' - inspiring the idea of 'freedom' - yet charging transaction fees and aiming to make profits in the process.. All while Steem already operates for free as an alternative!

You have a good description to compare the Libra and Steem. I appreciated your though. Thanks for sharing with us. Regards.

Your post was upvoted by @steem-ua, new Steem dApp, using UserAuthority for algorithmic post curation!
Your UA account score is currently 5.585 which ranks you at #588 across all Steem accounts.
Your rank has dropped 1 places in the last three days (old rank 587).

In our last Algorithmic Curation Round, consisting of 200 contributions, your post is ranked at #47.

I love steemit. Steem to the moon:))