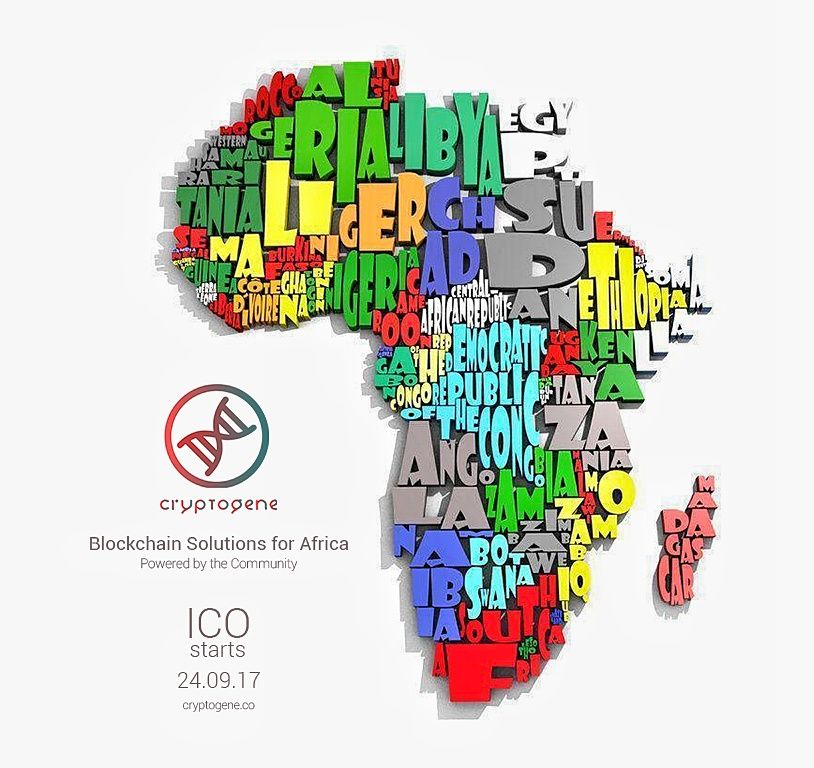 Source
The data above although a little old but is sufficient to give us a vivid idea of what the population of African countries look like with Nigeria being at the top of the list. Now this is to give us a fore sight into the future having in mind that with a population like this Africa especially Nigeria will be a force to reckon with in the crypto eco system

I have been a member of the Cryptogene community for quite some time now and I can categorically state that this is the next big thing as as far as blockchain adoption in Africa is concerned. Cryptogene was founded in mid 2016 by Bashiru Aminu and started it out as a telegram platform where Cryptocurrency enthusiast from all over came to share ideas that concern the crypto sphere. The Cryptogene community constitutes of a vibrant set of crypto currency enthusiasts continuously seeking to break new grounds in the crypto sphere as explicitly stated in the white paper the project is mainly focused on the African community but is open to all. Basically this project seeks to achieve the following
-To educate
-To adopt
-To implement
The project seeks to empower it's members to be a part of the emerging blockchain industry by guiding them to make sound investment decisions as well as enable them integrate blockchain based solutions into their everyday businesses and other involvements.
And in my opinion is one of the most important things the African community needs to be empowered with at a time like this is information and adoption if blockchain, and I see this project achieving this goal considering the fact that it already has a hub in existence that seeks to achieve this already. The token with which the platform intends to achieve all these with is CGT.

And I see these as a really good means of the project hitting it's target and achieving it's purpose
*Cryptogene had just concluded her pre ICO and recorded a total of 10.5 Btc and 418 waves. It's ICO is set to take off on the 24 the of September 2017. And would like to admonish both local and foreign investors to take part in this ground breaking feat.

The Cryptogene project is a huge opportunity for the everyone.

U can say that again boss

Thank you for the information

Nice information... Still looking for one who can explain the whole conte

That's fair enough. main site, white paper has all the explanations you'll ever need. Check out the post again for main website.

OK, mate. I will try to do that. Sorry I am replying so late. This week has been too

Thanks for reading.Just visit the main site. I included it in my article

One of the best project ever.

Great job. I am also a member of Cryptogene community, I have upvoted and followed you. i will be dropping my write up very soon

Cryptogene is set to provide blockchain solution to Africa.