Towards an Aesthetic of an High-Density Society 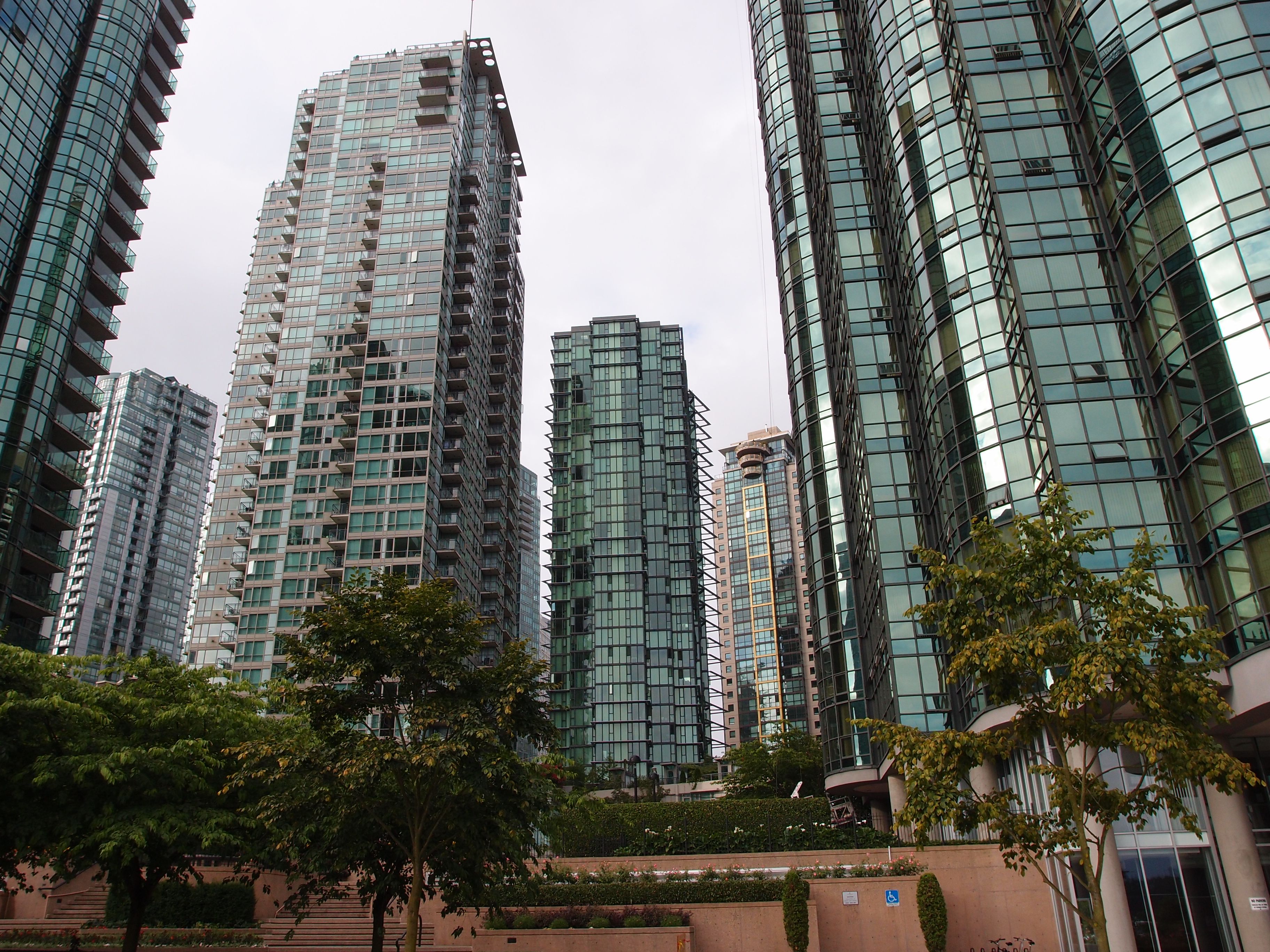 I've noticed that the "retro" aesthetic seems to have lost a lot of its popularity in recent months. I think it might have to do with the political climate right now but it's probably a good thing overall -- it's hard to look towards the future if we can't let go of the past, after all.

As you might have already heard, the United States right now is in a national housing crisis, where property values and costs of living have become astronomically high, especially for the young and/or the disenfranchised. The gap between the rich and the poor is the widest it's been in a long time, while job security, benefits, and social safety nets haven't kept up to meet the needs of our society's ever increasing population. Our country is in crisis in ways that makes it no longer possible to ignore all of its underlying problems.

There are a lot of people talking about this issue from an economic or political point of view, but a lot of the problems we face today in regards to housing is actually very much rooted in culture. In the United States, we've become stuck with the mindset that the "American Dream" involves owning a home with lots of land, a big car, and a house with a family -- more specifically, the vision of a single family home on a single plot of land.

Unfortunately this vision of American life has become more of a burden than a boon right now, where such a lifestyle has become economically, ecologically, and politically unsustainable. (Unless you happen to be already rich, of course.) High-density, mixed-income housing is the only way that we're going to be able to sustain our population's growth without creating a society of extreme inequality; it's also needed to prevent further sprawl into native and undeveloped lands; and to prevent further political/cultural isolation that makes voters susceptible to propaganda and gerrymandering.

If you look at how Hollywood typically produces its content, however, it's obvious that they're still holding onto this old ideal, even as they continue to produce films and TV shows about surburban decay. Stories about high-density housing are usually depicted as dystopian hell-holes full of crime and poverty. You'd think that the video game industry would be somewhat more sympathetic to a more progressive vision of the future, but the narrative of the single-family home is so strong that this aesthetic more often than not bleeds into the sentimentality of even new and emerging artistic fields.

There are a lot of people working in politics, government, community and business organizations trying to turn the tide on these issues, but many of them often reach an impasse when they try to convince others of their cause -- people just don't think high-density housing can ever be "cool". In this regard, artists can be a big help to change people's perceptions on this issue: artistic visions can capture the proposition of an alternative future in ways words and actions can't.

Yes, high-density means a lot of people living closer together, where you might actually have the opportunity to converse and interact people who might come from different backgrounds, and possibly have opinions that you might not always agree with. (Oh no!) But humans tend to be very adaptable and these issues have a way of working themselves out as long as people are talking to one another on a regular basis. If artists can make that type of environment seem appealing and convincing, they would have done their part to pave the way towards a better future in a very literal way. With all of the negativity we see in the media everyday, visionary optimism is now more important than ever before.

As for myself, I think I can probably afford to be more unapologetic about my music, which tends to get labeled as too "dense" and "complex" for most people's taste. It's the only thing I know how make, honestly, but it's also a wishful picture of what kind of world I'd like to live in going forward.

Here's an example of music that I made for a city-building video game, Cities Skylines, a little while ago. Do you hear the wide variety of instrumental sounds that come in at seemingly random times? Well, it might sound random because it was actually designed to be that way -- I have a randomizer that chooses what sounds the keyboard will play, where every key is mapped to a different instrumental patch. Allowing the sounds to be what they are (rather than what I want them to be) is part of the challenge that I enjoy about the process -- the idea was to show people that not knowing what's coming next doesn't necessarily mean that it has to be unpleasant.

It would seem that future projects for urban architects and planners will be construct high density spaces that balances privacy pods with communal structures.

Yep, some people will complain about the size of some of these units, but rooms don't have to necessarily be small here -- and the alternative, displacement and homelessness, is much worse. In one way or another, it has to be done.

I live in San Francisco, btw, where I'm literally walking in human waste on my way to work every day. The homeless here have nowhere to go and they're using the sidewalk near public buildings as bathrooms. Tired of it, frankly.