I first traveled to The Czech Republic in 2014. It was a work trip. We stayed in Prague for two days before moving on to the next city. Nestled in South Bohemia is a quaint little town called Cesky Krumlov. It is one of the most picturesque towns you will ever see.The town was built below a magnificent castle founded in the 13th century. Walking the narrow lanes of this UNESCO World Heritage site felt like I have traveled back in the medieval times. Wherever you turn you will see a piece of history. The click clack sounds on the cobbled streets, beautiful old buildings and the ubiquitous bell tower follows you anywhere you go in the city. The faint gurgling of Vltava River and pretty little wooden bridges on the meandering Vltava really make you feel like you are in a period movie.The riverside is dotted with pretty little restaurants and houses. I was amazed to find fusion Indian food at one such little restaurant called 'Laibon'. The owner is a warm and ever smiling Mr. David. The location is stunning with spectacular views of the riverside, bridge and the castle. You can sit there for hours just listening to the sound of water hitting the pebbles and just watching the world go by. Time stands still and you never want to leave. Prague may be the most beautiful city in the world but my heart lies in Cesky. If there is one thing that I did not appreciate is the fact that there was a lonely bear in confinement within the castle complex. It’s part of some tradition I was told. Other than that, the town isna dream. Here are a few pictures of the almost make believe city of Cesky Krumlov. 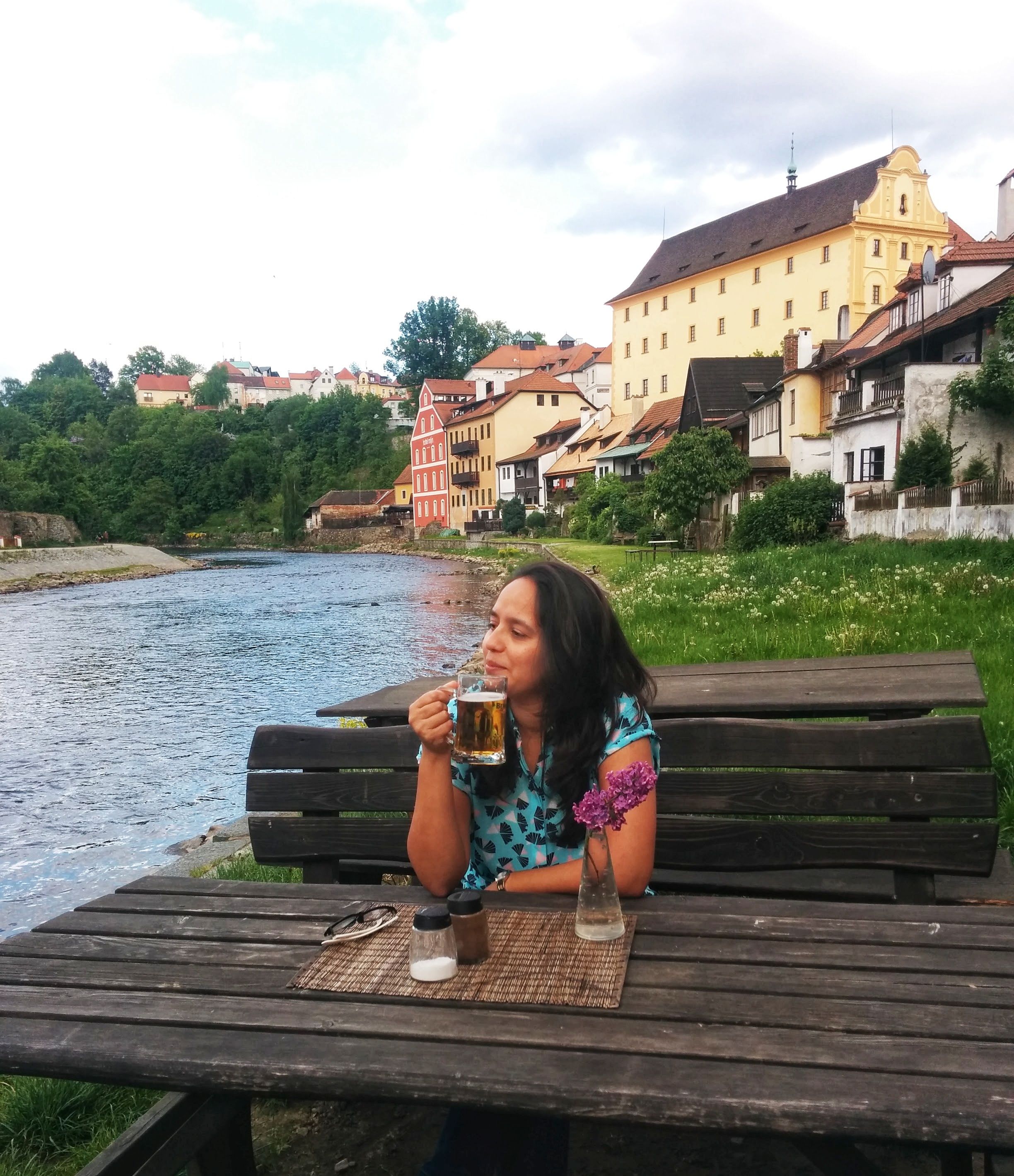 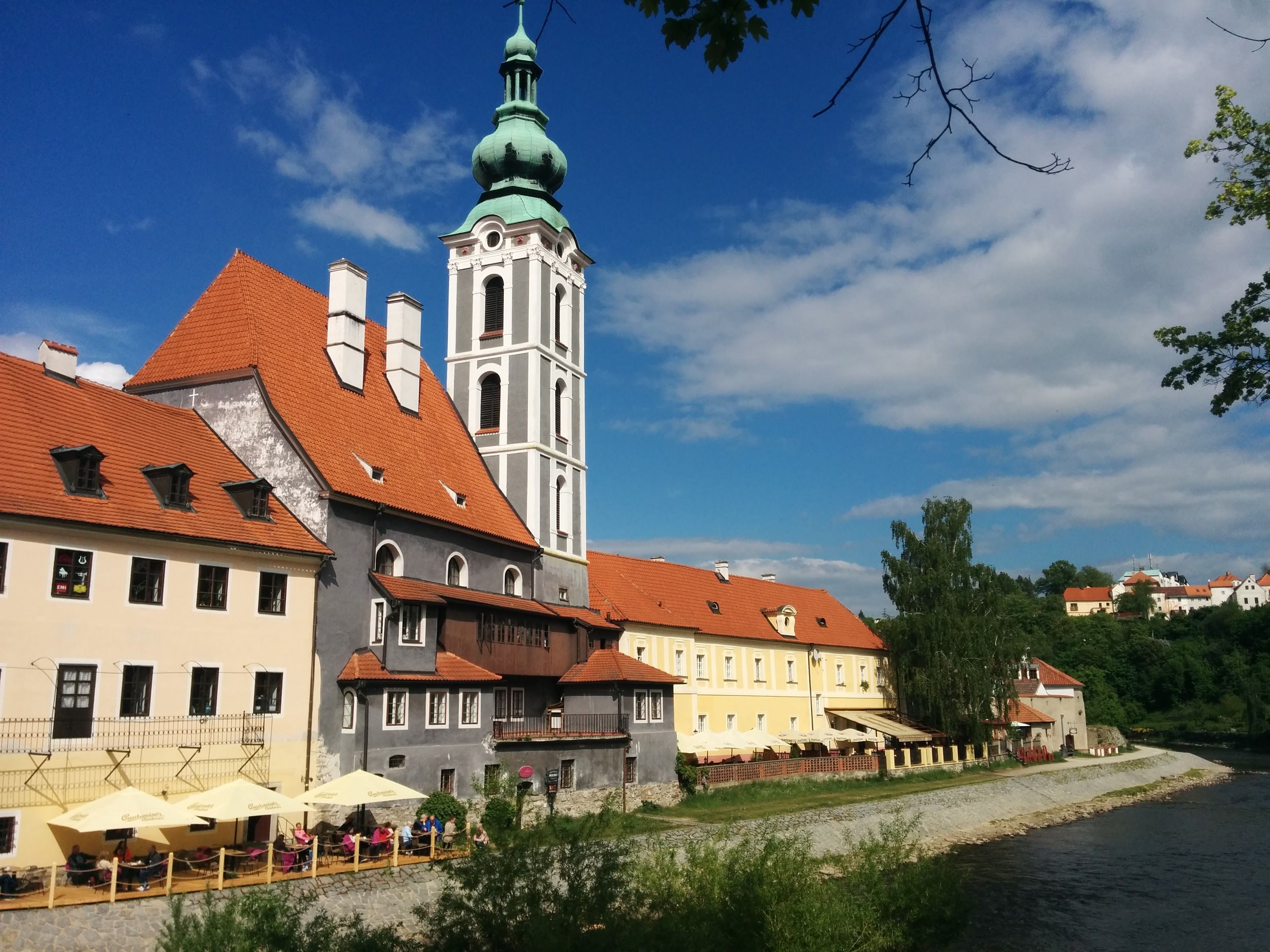 Walking down the streets of Cesky Thank You. I don't think I know your name :)

Hi,
Thank you for participating in the #travelfeed curated tag. To maintain a level of quality on the project we have certain criteria that must be met for participation. Please review the following: https://steemit.com/travelfeed/@travelfeed/how-to-participate-use-travelfeed-in-your-posts
Thank you very much for your interest and we hope to read some great travel articles from you soon!
Regards,
@travelfeed

PS. Lovely photos! However, we require a minimum of 250 words.

Thanks a ton @travelfeed. I have updated the post for it to meet the criteria. Thanks again.

Very nice pictures and once again i feel that i have to visit Czech some day! Somehow i never went there yet eventhough i hear so many good things about it!
Thank you for the inspiration, if you need some inspiration yourself, please take a look at my blog and/or follow me! will follow you also!
Have a nice day!

Awesome travel post. Superb pics, @swati-s.
I missed it. I came here after a long time.
Never mind. I will give you the upvote for this post, on your reply. :)
That will be reward restored :) .
Great photos. I love this region.
This town is so idyllic. Like a fairy tale. And you are looking gorgeous, Swati :)

Thanks for the lovely comment Neha. I want to post more stories and travelogues, but this naughty bachha keeps me on my toes!

😊😊. You are most welcome.
And your reward is restored.

My love to your naughty baccha 😎😊😊😁