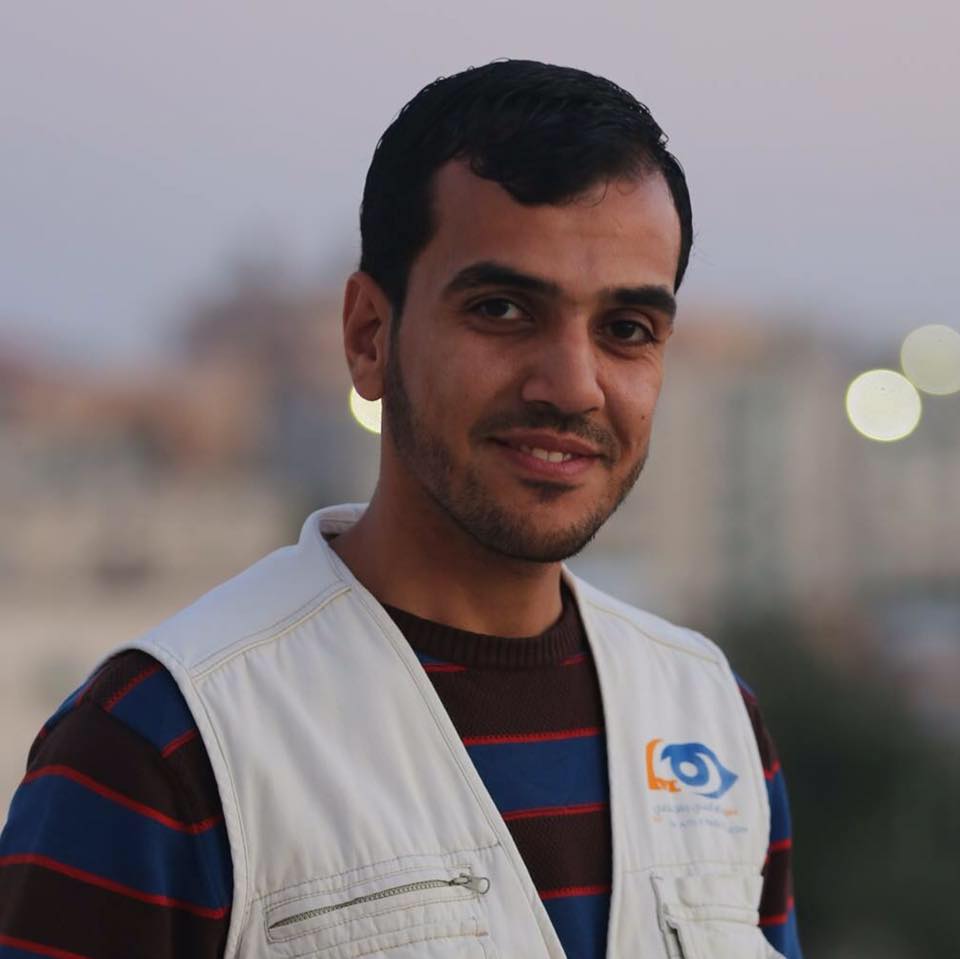 I didn't know Yaser Murtaja. But then again, perhaps I did... A bright young man, a son, a husband, a father, a brother, a friend...It was a friend of mine who learnt about the recent murder of Yaser via a random article on the internet, and he in turn is an actual friend of Yaser. It caused shock, horror, pain, anger, sadness.. and resolve.

Resolve to continue to resist that which ultimately affects us all, regardless of walls, religion, opposing opinions....It's plain for all with eyes to see that the political games being played are horrendous and in-humane and are driving us to a sacrifice worse than death itself- that of abandoning our original nature, our ability to care for and respect one another. To me it seems imperative we take direction from our own moral compass and tone up our flabby skill of discernment to distinguish between right and wrong. Why do we continue to allow manufactured 'terrorism' to mislead us into opposing forces when the endgame is but to drown us in our own mental excrement, forced under the boot of tyranny as our last breath leaves our tortured body?

Yaser was always smiling, I'm told. What spirit this shows in the face of catching on camera the relentless slaughter of your loved ones and the destruction of your homeland. How do we not realise that this is being done to each and every one of us on multiple levels? And we stand by and watch (even cheer) rather than stand up and put an end to this madness. Doesn't that seem absurd and deranged beyond words?

Do you want to engage in this fight for our lives and those of our children, or remain in denial until the blood-bath reaches your door? 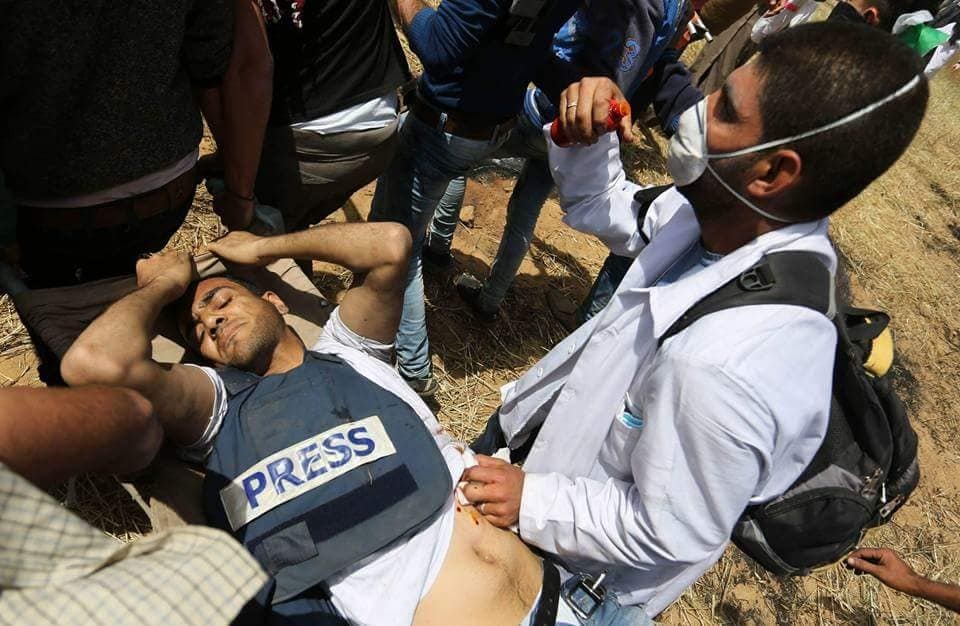 Let the dream that Yaser held to one day see the world outside of the open-air prison called Gaza, to inspire you to dismantle your own walls of indifference and to acknowledge the truth of what is unfolding. For the world that Yaser wanted to experience is fast becoming an open-air prison itself; the bars formed by airwaves carrying hostile frequencies; the restrictions to our freedoms brought by innumerable ridiculous legislations; exclusion and behaviour control implemented by an autonomic social credit system; the scrambling of our biology by toxic microwaves and poisonous medications ;our minds drenched in propaganda and coercive educational programmes... Are these weapons not a form of collective punishment also?

Why allow your son, your husband, your father, your brother, your friend, yourself, to be another Yaser Murtaja, ripped from life for being present at the scene of yet another manipulated crime?

Is it not evident that we are all being used by a system controlled by an insane international criminal cabal? Let's call it what it is, and dismantle its delicate structure while we can. These sick people sit in abuse of office as they support, encourage and engage in war crimes too numerous to count.

Do you not feel a responsibility to stop supporting these multi-national government gangs, to stop working yourself to death to pay taxes (extortion) for weapons which are killing you and your family? Where is the sense and the sanity in this? Where is the sense in another needless death? What exactly will make you pull out of this death-cult society we are perpetuating and even honouring? May Yaser Murtaja now be finally flying, as he wished, above the only place he knew as home and may all see the plight with which we are faced. May we stop the mental arguments that seek only to disrupt our sanity and instead find the courage in our hearts to stand up for Life and the freedom to live it well and for the benefit and happiness of all. And let this rattle your cage enough to press for truth.

Thank you Lula. Yaser was a beautiful soul and his loss is very sad and so very unnecessary. He was not a protestor, he was clearly marked as Press, and as such was deliberately targeted below his flack jacket and shot in the abdomen in a willful and deliberate act of murder against a peaceful and clearly marked non combatant by an israel sniper.
This is true terrorism, as is the inhuman and illegal siege of Gaza itself.

Sickening to read this about Yaser. A boycott of Isreali goods is the only thing that would work to help Gaza. Only when the companies cannot sell their goods will we ever see any peace. It worked back in the 1980's against South Africa. Hurt their Purse is the only thing they understand.

As you say bad times ahead for all of us unless we stand up, wake up and stop playing their game.

Thank you so much for bringing these truths to the blockchain @lula-andaluz! We need this here!

How many more murders of the innocent will it take for people to open their eyes? All I can hope is that these men, women and children do not die in vain and we can Free Palestine from the zionist occupation.

Such insanity! We need to develop more courage, not play along to get along courage; the real courage to say no, not doing it anymore courage.
Rest in peace Yaser.

Thanks for sharing this...

They are killing off those searching for the real truth. It is sad that we are so afraid to stand up for what is right that we'd rather sit and watch the news.

It's great that you shared this.
Peace, Love, Gratitude!

Congratulations @lula-andaluz! You have completed some achievement on Steemit and have been rewarded with new badge(s) :

I regret the loss of Yaser Murtaja is sad to see that innocent people die daily for a stupid war that has no meaning, another lost life that God has in his glory "Amen"

Congratulations @lula-andaluz! You have completed some achievement on Steemit and have been rewarded with new badge(s) :