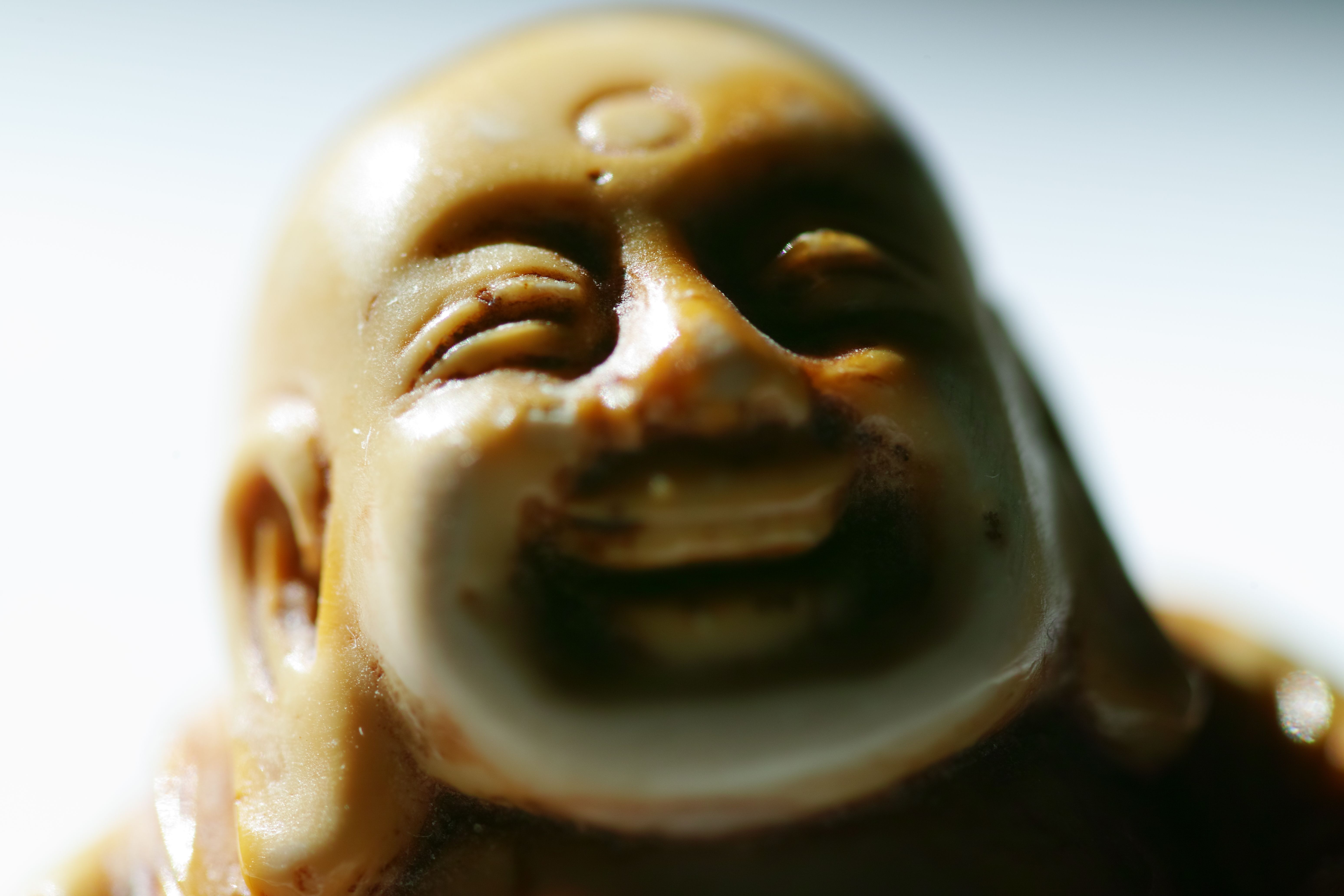 What kind of future science publishing platforms are possible? And which ones are feasible?

Variation on a theme. Part of a conversation. My suggestions regarding a possibly platform. Speculative. Another exercise in higher order cybernetics. Why not.

[This post is mostly part of a conversation I had. But it may be relevant and of some interest to others. Who knows. Therefore here it is posted.]

Much of science is published in a way most people cannot read. There is a paywall. If they want to read, they must pay.

They can't pay or don't want to pay; it's maybe worth it to them to read for free. But not worth it when it costs so much.

Yet science is a public good [SEI68,LAND69,98]. It time binds. It drives, in the long run, just about everything.

Basic and applied science, pure and applied mathematics is often also published with open access. In that case the authors pay fees.

Most scientists do have a roof over their head. They are connected with an institution. Many institutions will subsidize the fees involved. Once the writer fills out a form requesting this.

QUESTION: So how can society experiment with new kinds of science publishing that involves no fees of any kind?

McLuhan, Waddington, Simon, and others discussed this. Predicted this. Said it would happen. Said new technology will soon make it happen.

They said it would happen soon. Interesting.

And then, like in most stories of this kind, stories about the prospects of new technology, the next line in the story is something like AND THEN NOTHING HAPPENED FOR FIFTY YEARS.

And it's really been fifty years.

Blockchains and the category of technologies these fall into provide basically free and neutral and open archiving. Papers, comments, everything. Immutable. Therefore a real archive.

That sounds convenient. It's also important to really increase science participation and the spread of important ideas.

Now what? Now users are needed.

What will attract users?

Most scientists have subsidized open access. What could convince them to submit to new journals?

I suggest the answer is consistency. Something else could be speed when getting longer papers properly reviewed.

The new platforms must be more consistent than most current platforms. Or they will not eat their pie.

Like the best restaurants, consistency and quality in what matters leads to reputation. Which leads to participation. Use. Consumption.

A journal that has both MOST articles worth reading to MOST readers AND also more articles than MOST other journals is considered more consistent.

Experimental algorithms can be designed.

But who's going to build even simple test systems ...? There's a definite lack of developers who are both (a) interested in the theme (b) can build complex systems (c) don't need money urgently and can wait and therefore won't take exclusively higher paying jobs. And there are plenty of higher paying jobs than making something in science publishing.

I suggest [WOLF02] is correct that building and testing on data where the results are already known by other means is the best way to find out whether something works for complex systems. But getting freelancers ... even for competitive salaries has lately been ... ah ... challenging.

For complex systems there's sensitive dependence on unexpected correlations. Same reason complex systems are powerful. Double edged sword. Feedbacks. Nobody who funds has yet been convinced of validity based on theory. Tests on a data set needed.

So if rapid prototyping can be done, it's the way to move forward. If not ... the way forward will be rather difficult.

One interest criterion by which a new platform can compete with established players matching high consistency at lower cost.

That will need testing. Another criterion could be speed. Namely speed for getting long papers reviewed and ranked quickly. That means getting a very good smart labeling system, which makes it convenient to read such papers on this platform, rather than just pdf preprint. Long defined as longer than most journals in the respective field quickly publish. That niche is open. Some niches are more open. Others less. But they all require developers. Like business ideas without a company and resources, algorithms are worth almost nothing. It's a lemons problem, how can you signal they work, even if they do? And how do you know for sure they do? Lemons markets typically collapse [AKER62].

Here's an algorithm worth testing.

Or at least meant to suggest there is no shortage of algorithms of a particular type that are worth considering.

Consider a platform that has an option for readers to enter their email and sign up. They can read without doing that.

What papers each unique user reads is noted.

The order is noted.

Other users incentivized to label papers by similarly. For example, in return for more commenting powers. Moderation powers. Doesn't have to be that. Many options.

Yet other users incentivized, same way, to review quality of similarity labels.

Define a ReadSegment to be the vector of similarity values that is read by a unique user.

Compare each ReadSegment in a fast database with a random walk over similarity values.

Unique users who deviate from a random walk get a popup, on a large indicator appear on the next pages they read in a session, suggesting they sign up for a free account and help review papers/posts.

Should be immutable, free archiving of publications and open reviews and comments. This should be prominently communicated.

Next use similarity values to assign reputations in fields.

There is no single reputation. But tokens for each reputation. Low and middling reputation allows only contributing similarity values and labels, and lightly weighs these labels.

Higher reputations allow most powerful moderation features. Users therefore have a distribution for their reputation. 50 for similarity coordinate bounds 7562 to 9435, 0 for 2470 to 5400, 25 for 12400 to 25600. They also have utility tokens that open system powers. If they want to do something more on posts that were labeled 10384 to 18256, they can trade 2 of their tokens for 7562 to 9435 for 1 token in 10384 to 18256. (Some other coordinate system may be used. Functors which map papers to labels and labeling processes to equivalent "labeling processes" worth signing up.)

For linear mixes, system averages the "price". Or something else, but fairly defined. And so on.

Get some people, give each some money, and let them play the system for a week. Like in experimental economics. This to set initial labels for a test data set.

After that open to wider sets of users and see what happens. Check not so much quality, but consistency. Once consistent results, one knows what parameters to vary to bias in favor of good quality.

Test. Improve. And so on.

Get the ball rolling.

I upvoted your contribution because to my mind your post is at least 7 SBD worth and should receive 115 votes. It's now up to the lovely Steemit community to make this come true.

There are alternatives to traditional journals which you may not have factored into your analysis. Search for the Public Library of Science (PLoS) and you will find professionally peer reviewed papers published on a publicly accessible (no paywall) site online.

There remain additional reasons that traditional journals, and even peer review, inhibit the development and publishing of good science and papers, specifically mechanisms employed to prevent demonetization of extant grantees by upstarts, political machination, and bias. Algorithms will combat the latter, but not the former faults with extant publishing methodologies. I'd like to see more concern given integrity in science, as I have experienced some of these impediments in my work, and feel they have prevented far more than my own meager contributions from being available to the world.

Good science gets crushed sometimes by people whose incomes depend on the status quo, and this is bad for society. A side effect is also that 'mad scientists' and frauds are able to undertake work contrary to the public interest in the non-traditional publishing mechanisms that must eventuate due to the failure of extant mechanisms to appropriately and functionally publish. Some people are presently alarmed, and even with some good reason, at the biohacking movement, makers, and other somewhat renegade publishing that has arisen as a result of censorship, gatekeeping, and other failures of scientific publishing to function nominally.