USMC Raids CIA HQ In Langley? Is This Verification?

thelightreports (64)in #draintheswamp • 4 years ago (edited)

Those following QAnon know that on several occasions he has mentioned the important role that the USMC will play in the liberation of humanity as well as their special relationship with the President.

A few days ago I read in a Stillness in The Storm, post who sited Ben Fulford as the original source, that on November 18 the USMC conducted a raid on CIA HQ in Langley VA-. Apparently lots of evidence/computers were seized which gave the Marines the locations of 400 heroin production facilities in Afghanistan- it the stated that the military intended on bombing these facilities........ http://www.stillnessinthestorm.com/2017/11/rumor-mass-arrest-update-cia.html 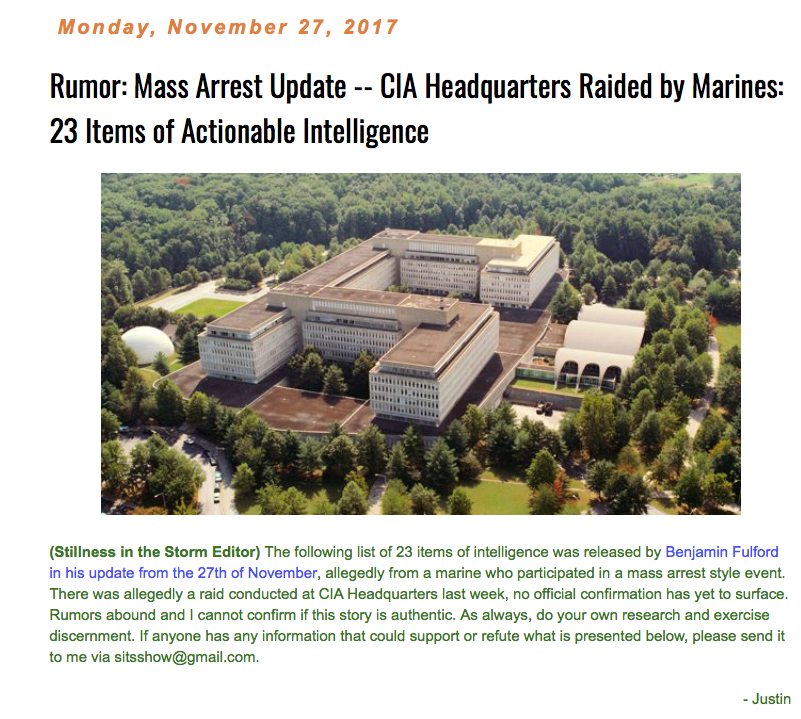 Si then this morning I read this article in the Daily Caller- looks as if the bombing has begun- the forces of good are destroying the CIA's number one cash cow............ http://dailycaller.com/2017/11/28/obama-rules-of-engagement-didnt-allow-strikes-on-taliban-drug-factories-top-general-says/?utm_campaign=atdailycaller&utm_source=Twitter&utm_medium=Social Evidence like this along with the 4300 sealed federal indictments, along with a very strong positive intuitive sense leads me to believe that the draining of the swamp and the liberation of humanity is well under way!

Get your seat belts on folks and enjoy the ride! The reign of the Luciferian pedophiles has finally come to an end!

As much as I wish... I followed Ben Fulford about ten years ago, it took a few months for me to realize nothing he ever said panned out, and that his underlying message was anti-liberty: Relax, do nothing, the Red Dragons, now turned White, have it all under control and we just have to sit back and wait for Ben and his Dragons to save us all.... Karen Hudes appears to be cut from the same cloth. Clinton in handcuffs - either one - and I will believe we are making progress.

We can only pray! 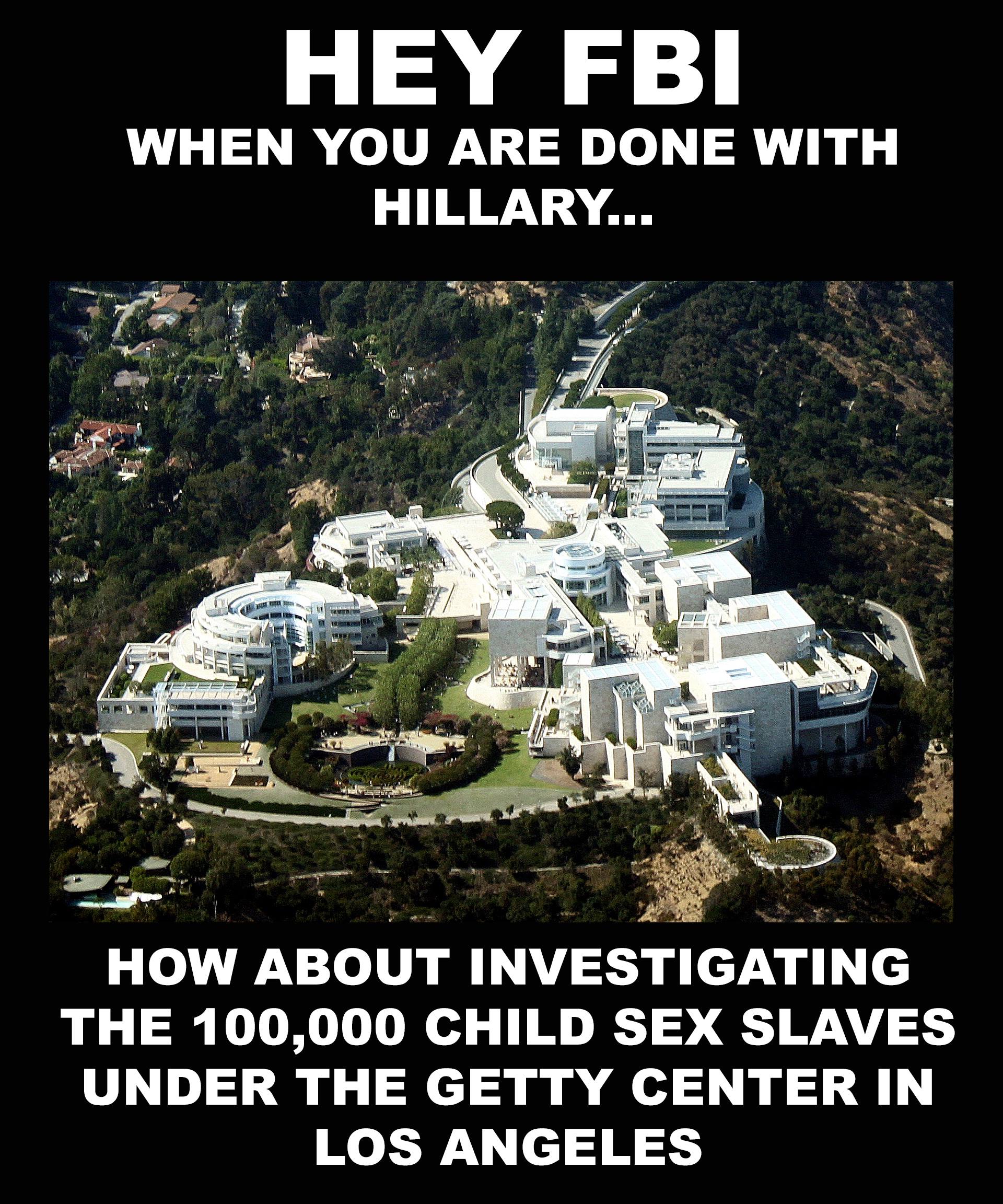 #occupythegetty
free the child sex slaves from under the getty center in LA
https://petitions.whitehouse.gov/petition/order-marines-rescue-child-sex-slaves-under-getty-center-la

Please let this be true!

Trump has got in his power to retrieve any phone calls, any messages, any emails which has been send over the past years. The CIA might probably face many changes due to all their illegal dirty tricks in so many country including their own.

If the Marines have stormed the CIA headquarters... that's HUGE.

The independent report I found on Hal Turner's site was that a MEU (Marine Expeditionary Unit) had buzzed Langley for a half hour Saturday, November 18th, but did not land.

I do not believe Langley was actually stormed.

The USMC has been long guarding the CIA refineries and transshipment points for opiates in Afghanistan, and have no need of CIA documents to know where they are.