To what extent is the negative media, media biases responsible for depression? - Ecotrain Question of the Week 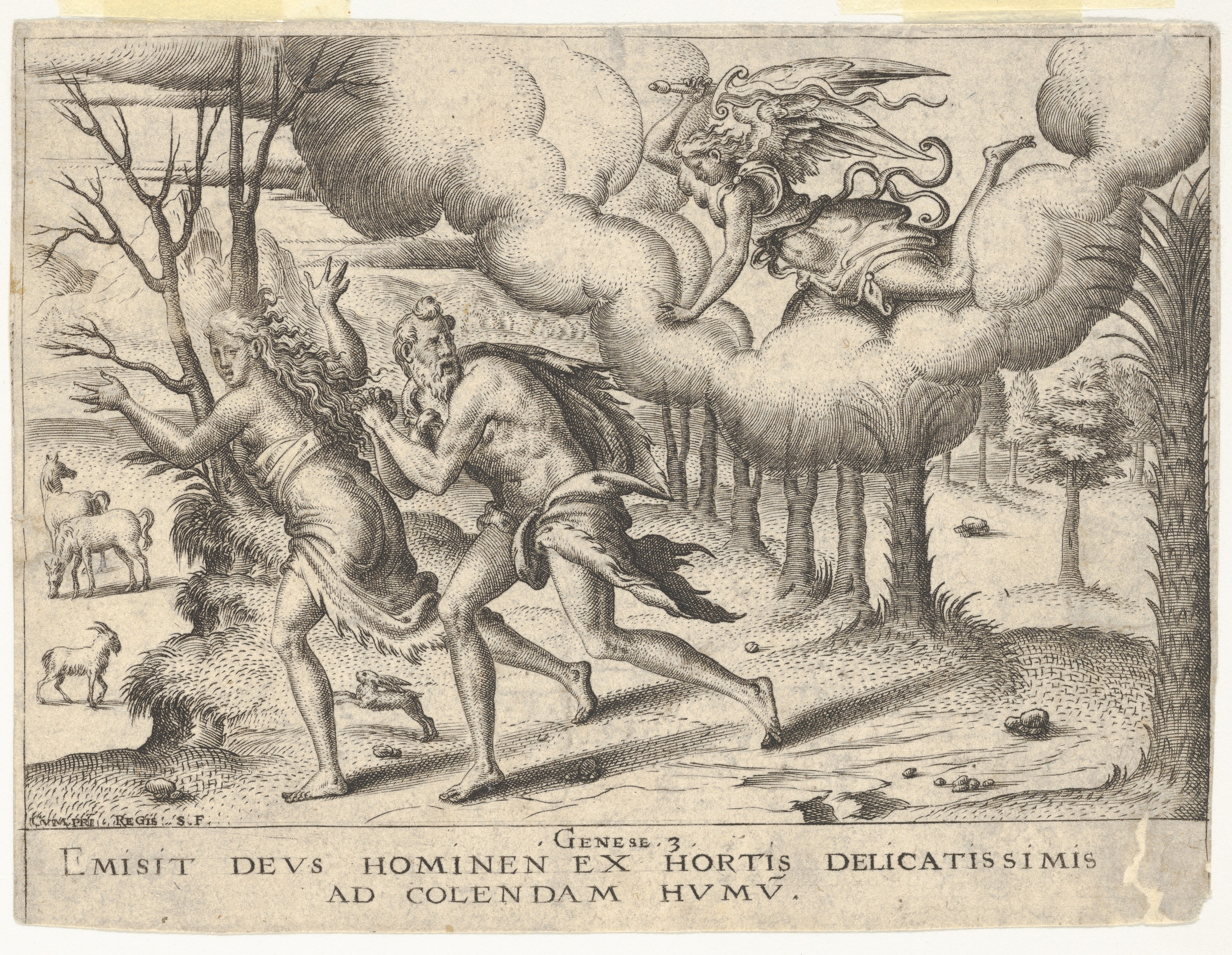 Most depressing headline ever!

My grandfather hanged himself, my father was a manic-depressive and I´m also no happy-go-lucky kid.
So any feelings of unwellness I could quite easily and credibly blame on genetics.
But we all know it´s the media´s fault.

We are so out of contact with ourselves, we can´t even muster up a decent depression on our own, we have to watch Fox News for some greater achievement in that realm.
It´s the media´s fault because they´re so fucking negative, if only they would bring a few more pictures of baby kissing politicians, I would feel already much better. Now I hate to roast your snowflake, but the media is not really in the mental health business,
but in the business of selling ad space.
And in order to do that, they need to get the attention of an audience.
So a headline about Hitler playing with Blondie (his dog, not the singer, you moron!) does go only so far, but “The Führer in a Liberated Danzig“ is a whole different ball game. 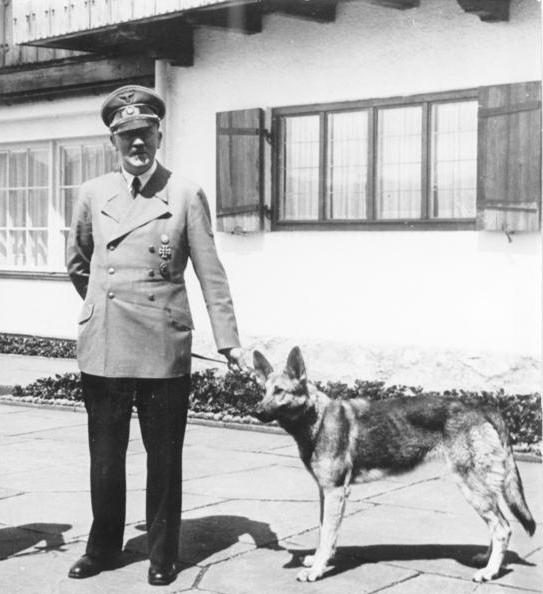 An examplar of the most dangerous species on the planet.
To the right a German Shepherd.

Scientific evidence seems to indicate that the media is not really responsible for depression in its users or we would probably see a lot more ads for anti-depressants, because that would be a phantastic business model, cause the disease and deliver the remedy.

Now that´s a modus operandi usually rampant with politicians.
Offer a solution to a problem you have caused in the first place.
Like in Germany: let in a bunch of unvetted individuals and then come up with the most police empowering laws since the Nazis to give back a feeling of security to the German people.

Now if I read about stuff like this I usually don´t get depressed, I get angry.
A surge of righteous indignation is pulsing through my arteries.
And as long as you´re angry, as long as your blood pressure is a bit hyper, you won´t get depressed.
Anger is the Prozac of the poor!
So fuck the media, fuck the politicians with their divide et impera, bat shit crazy, silly games!
Feeling better already?

If a dog bites a man, that´s no news. If a man bites a dog, that´s news!
There you have it, media analysis in a nutshell.
It´s all about getting the attention, about baiting the click, not about depressing your audience, because depressed people click less.
You want to have your audience tremble in some kind of delightful horror, let it delve into the stuff they normally don´t do themselves, the rapes, the murders, the genocides and the occasional Nipplegate, lots of celebrity bullshit, because God is dead and man in his search for meaning has found the Kardashians.
So the media is probably an outlet for all your shadowy stuff, so you don´t have to act out on it, you don´t have to shoot up them schools yourself, just let some American psycho do it.
And then you can feel so much better about yourself, that´s not depression, that´s catharsis, successful shadow boxing.
The good news is that not all bad news are fake news! I think negative media has a certainly huge role in depression; when one constantly sees / hears negative news on TV, even in the background, it definitely affects the mood.

I would agree this, it also effects your perception of what reality is too because it fills everyones mind with fear. Good point :-)

Loved your wordsmithery here - if that is indeed a word!

I don't watch the news because of the manipulated content which, in itself doesn't depress me. What I find depressing, but not depressed here, is the hidden agenda to induce fear, hate and division so as the elite can control the masses.

I agree with your point about the news, I stopped watching it a long time ago and have noticed I feel less scared about day to day life, it really is a fear machine that projects negativity outwards to control people it should be illegal :-)

Some very interesting points there, I think the fact that the media has a main role to scare people and make people afraid, as people who fear are eager to control is very telling when people aren't then coping so well with reality, if we had a media that reflected real reality then we would be much more free in our minds as well as in reality :-)

I can feel the anger oozing from your post!

God is dead and man in his search for meaning has found the Kardashians.

What a dystopia we appear to live in and a passionate response from you!

I love the eco-train questions. Can anyone answer them or are they only for passengers?

I guess anyone can answer them.
So if you want to give your take,
please use ecotrain as your first tag, so we can easily find your article.

Are you sure? Maybe I should request to jump on the train first. I just always see the questions and start thinking!

answer it!!! :) you really should be on ecotrain!! discord

I liked the part where you say anger is the Prozac for the poor. To the controllers if we balk we are in violation. Great article.

Anyone who seeks to control, has no control :-)

Very interesting Confucius Say... I'll let that one sink in!!!

I think your post just left me speechless!It's so raw and doesn't beat around the bush. I Love it! I particularily like the last part, "If you want to bring your mental health to a whole new level
Follow the @ecotrain" and couldn't agree with you more. Thank you for sharing this. <3

Wow, something strong your post, but very true your words, the media all kinds of news and the words that many like!

It's an excellent article. Do not stop on this and write more good stuff like this.:) You have my voteup and follow. And also resteemed IT to mine humble number of followers.

This is a REALLY GOOD response to the QOTW!! :)

"Scientific evidence seems to indicate that the media is not really responsible for depression in its users or we would probably see a lot more ads for anti-depressants, because that would be a phantastic business model, cause the disease and deliver the remedy."

Nailed it. Commercial reality IS scientific. :)

Thanx, you´re quick!
Yes, "Cui bono?" is one of the best scientific methods. 😘

It is a really good post. I was umming and aahing about whether I would write something for QOTW and I feel INSPIRED to get it done now. :) haha... You were top of my feed when I switched on this evening, and I always make a point of looking there first, even before discord. :) Meant to be. :)

The extent to which negative media is responsible for depression depends on self control, but not all of us have that. I think speaking up is a great way to get out of such problems.

The off switch is great on the tv but sadly so few of us actually use it :-(

You need to be able to choose your own path of development, to form your own worldview, based on the natural flair of "truth" and "lie", which generates only an open conscience. After all, instinctively, a little child is always properly allocate the concept of "good" and "evil", since its consciousness is not handled properly. It is very difficult to find the right "truth" and expose the "lie", because even in ancient times, when people used only the oral word was already difficult to distinguish the truth from the lie, but everyone has their own truth, and the truth is always one. Think, analyze, look through the lines, always checking what you say completely strangers to you people.

haha humorous as ever! the most dangerous species! lol i think you hit the nail on the head. anger the prozac of the poor. media selling clicks. yep ...

Unfortunately though, I did not invent that line, old news so to say.
Whereas "Homesteading Couple Expelled for Misconduct" I created just for you. 😘

It's a nefarious business. It's so easy to dump propaganda into the brains of depressed people.

You really don't try and play it down, always telling it like it is, there is no rose tinted sunglasses on you, thank the mountains for that, no fluff no softness just straight up truth, can't beat that, with a huge dollop of much needed humour thrown in for good measure.

I knew I would smile after reading your answer and you didn't disappoint me one bit.

it actually depends how you handle you own emotions, a person can control their mind can prevent depression, and a person who cannot control are prone to depression.