Late post to answer the question - What Is Matriarchy? What do you think a matriarchal society would look like? @ecoTrain question of the week.

Last week I read so many wonderful posts on the @ecotrain question of the week! I was so inspired, but having a busy week so I didn’t get to post. Yesterday as I was painting in my studio I was looking for something interesting to listen to and happened to find a series of videos about the work of a Lithuanian-American archeologist named Marija Gumbutas. 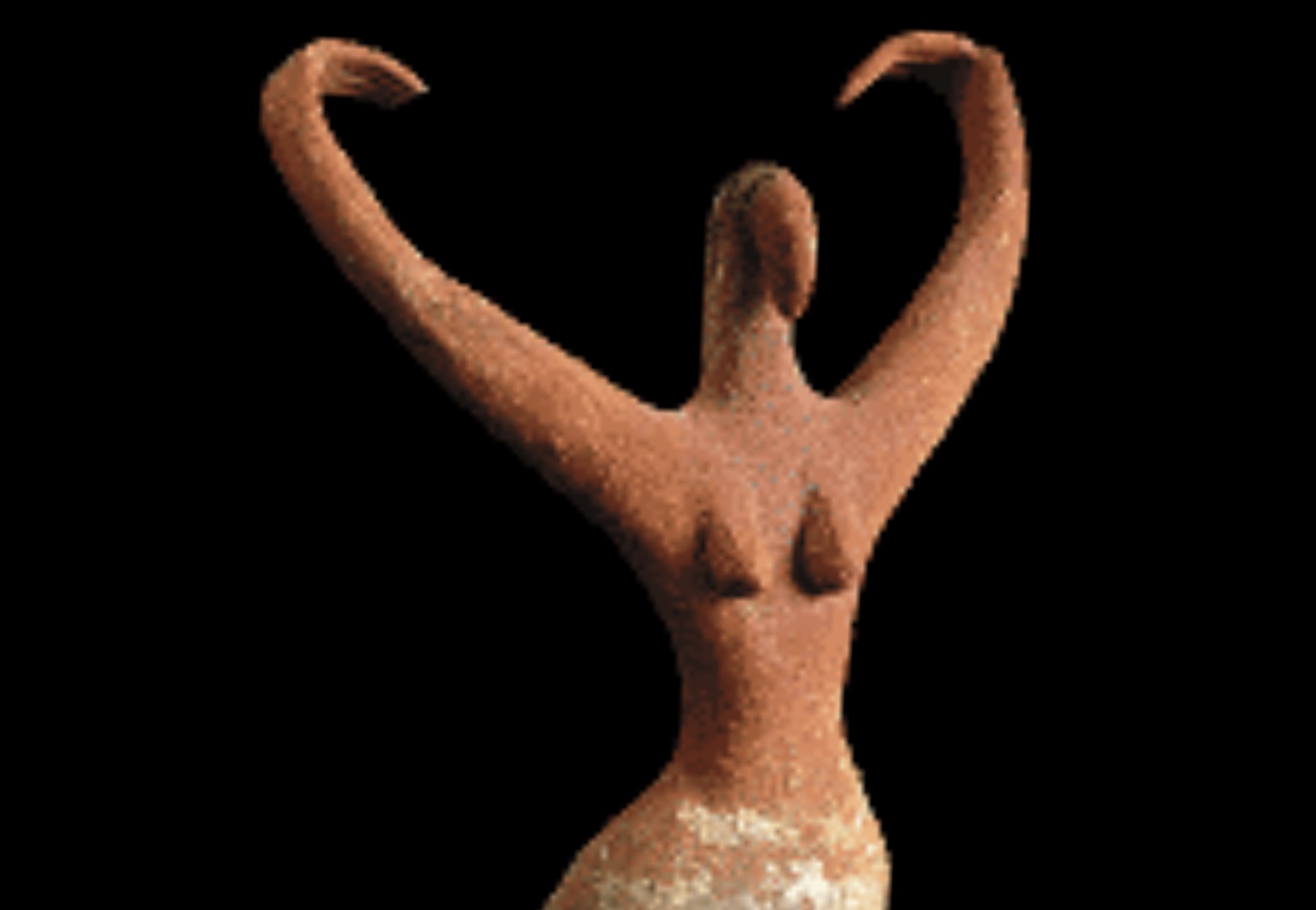 Gimbutas gained fame and notoriety in the English-speaking world with her last three English-language books: The Goddesses and Gods of Old Europe (1974); The Language of the Goddess (1989), which inspired an exhibition in Wiesbaden, 1993-4; and the last of the three, The Civilization of the Goddess (1991), which, based on her documented archaeological findings, presented an overview of her conclusions about Neolithic cultures across Europe: housing patterns, social structure, art, religion, and the nature of literacy.

The Civilization of the Goddess articulated what Gimbutas saw as the differences between the Old European system, which she considered goddess- and woman-centered (gynocentric), and the Bronze Age Indo-European patriarchal ("androcratic") culture which supplanted it. According to her interpretations, gynocentric (or matristic) societies were peaceful, honored women, and espoused economic equality.

The androcratic, or male-dominated, Kurgan peoples, on the other hand, invaded Europe and imposed upon its natives the hierarchical rule of male warriors.
https://en.m.wikipedia.org/wiki/Marija_Gimbutas

Even though the societies that she studied were ancient, it is a real world example of how a matristic society can function. She found and tied together a plethora of archeological evidence that was virtually ignored by the male dominated academia of her day. If you are interested in history or archeology, you will find these videos fascinating.

I just had to insert a couple of my dancing goddess gif’s that I found.

I hope this has opened your mind to the possibilities of a kinder, gentler society.

Gimbutas makes some good points and observation reflecting the artifacts found in various research. As you said she made a name in the English speaking world. Her bibliography is not that well covered in Europe. It is really a difficult subject but I would not say that these Neolithic cultures lived in peace and harmony. Just my 2 cents on the subject :)

I really love the dancing goddesses! I also got into her work researching this article. I found it fascinating that many male anthropologists dismissed her work only to come to the same conclusions.

She is very interesting. I plan to do a bit more research on her theories.

Helloo @stillwaterart
Me, @menulissejarah (writing history)
I see articles and photos on your post, have a historical, education, and cultural value of an area. This post is certainly very interesting to add insight in the field of history.
If you do not mind, I will resteem this post in my account. Thanks.
Date: March, 25, 2018