spalatino (53)in #electricdreams • 3 years ago (edited)

On the distant planet of Dunamis my story begins. It is a backwater planet secluded from all trade routes and jump points. I was born in a landed space shuttle near a river on which my parents later built our house. My mother often told me a story of my birth. When she told it, it sounded so magical. She said that in all her pain, she never cried as she knew her special baby is coming and that father almost fainted, from the joy I suppose. She lied on the shuttle's bunk bed looking through a small porthole the entire time. Through the porthole, she saw the brightest star she ever witnessed. Mother swore that she hadn't seen that night light ever again. Actually, she named me Phos, meaning "the Light". I am so grateful for that mystery star because my name is so awesome. Better than my parents' names Marie and Pierre in any case but I never told them that, I don't want to make them feel jealous. 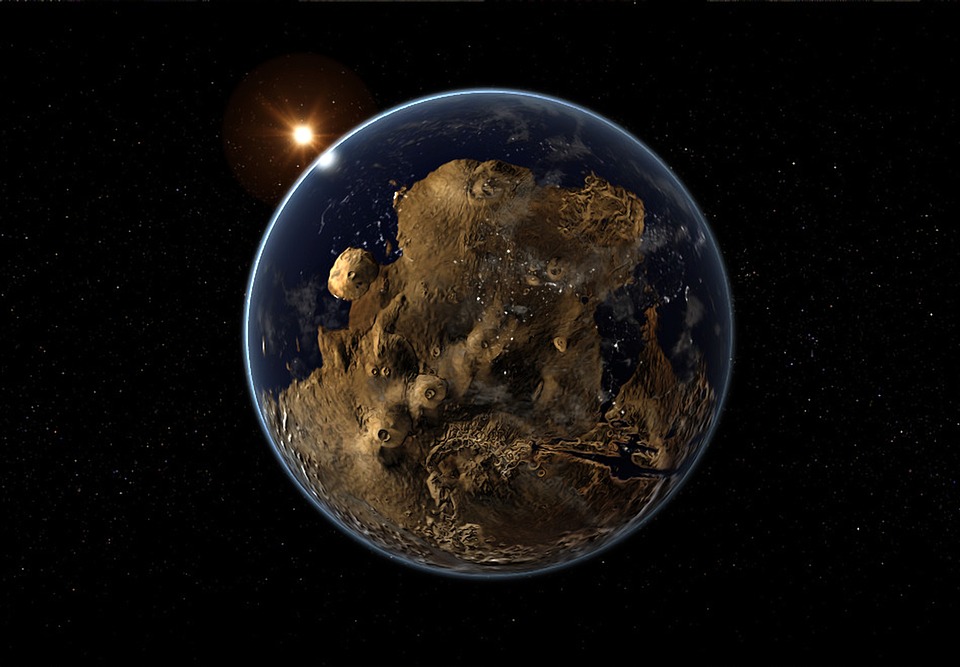 Although my mother always called me her "special little boy" I felt like the lord of the entire planet. Besides three of us, there was no single sentient being, so as I saw see it title was rightfully mine for taking. I had all the planet for myself. Considering how hard my parents worked in order to build us a proper home or to provide food I had plenty of time and lack of parental control. Brilliant mixture for a curious and playful mind like my own.

While I was maybe 11 or 12 years old, I stumbled upon an ancient building that was hidden from the outer world by vegetation. If I haven't lost my toy drone in those bushes I would have missed it myself. This incredible discovery made my planet even more intriguing. Curious and reckless as I was I entered without seconds thought. Little did I know that this decision would determine my future and shed light on mine past.

Inside the relic looked like...., well it looked like a ruin, nothing special to be honest, but it made me feel like an adventurer. Boldly I explored my new playground until I reached the grand hall. I was stunned. The light was entering the room from thousand little holes all over the walls. It was magical, it looked like a web of yellow laser beams. This light show was astonishing that I almost missed the ceiling. And that painted ceiling changed everything.

Although ruined by age and moisture I was still able to make out a large crowd cheering two people, a woman and a man. They stood on the high ground and they looked very important. After few seconds I noticed some familiar about those two. Both of them were very slender like my parents and me. They both had long blond hair like my father, like my mother, like me. Their tan was very pale just like my parents tan, just like mine. After an even closer look, I noticed woman's thin nose, my Mom's nose and man's broad shoulders, my father's shoulders.

It was impossible. I this ruined, abandoned planet I just discovered an ancient ceiling painting depicting my parents. How old exactly are they? Who were they? - those were just some of the questions that were going through my mind. To make matters even worse, underneath the image was an inscription "All hail the Imperial couple.All hail Tsarina Katrina and Tsar Julian".

I ran out of the building, cursing mine lost drone that led me to this discovery, but in the end, I was angry at my parents. They were hiding something from me, and I wanted to know what and why. Why would they hide something from their own son, from their own "special little boy". I rushed into our pile dwelling, my face red from running and rage.
"Who are you? Who are Katrina and Julian? What is this place? Why do you keep secrets from me? What is this place?" I shouted out all of these questions in a single breath, looking at both of them. 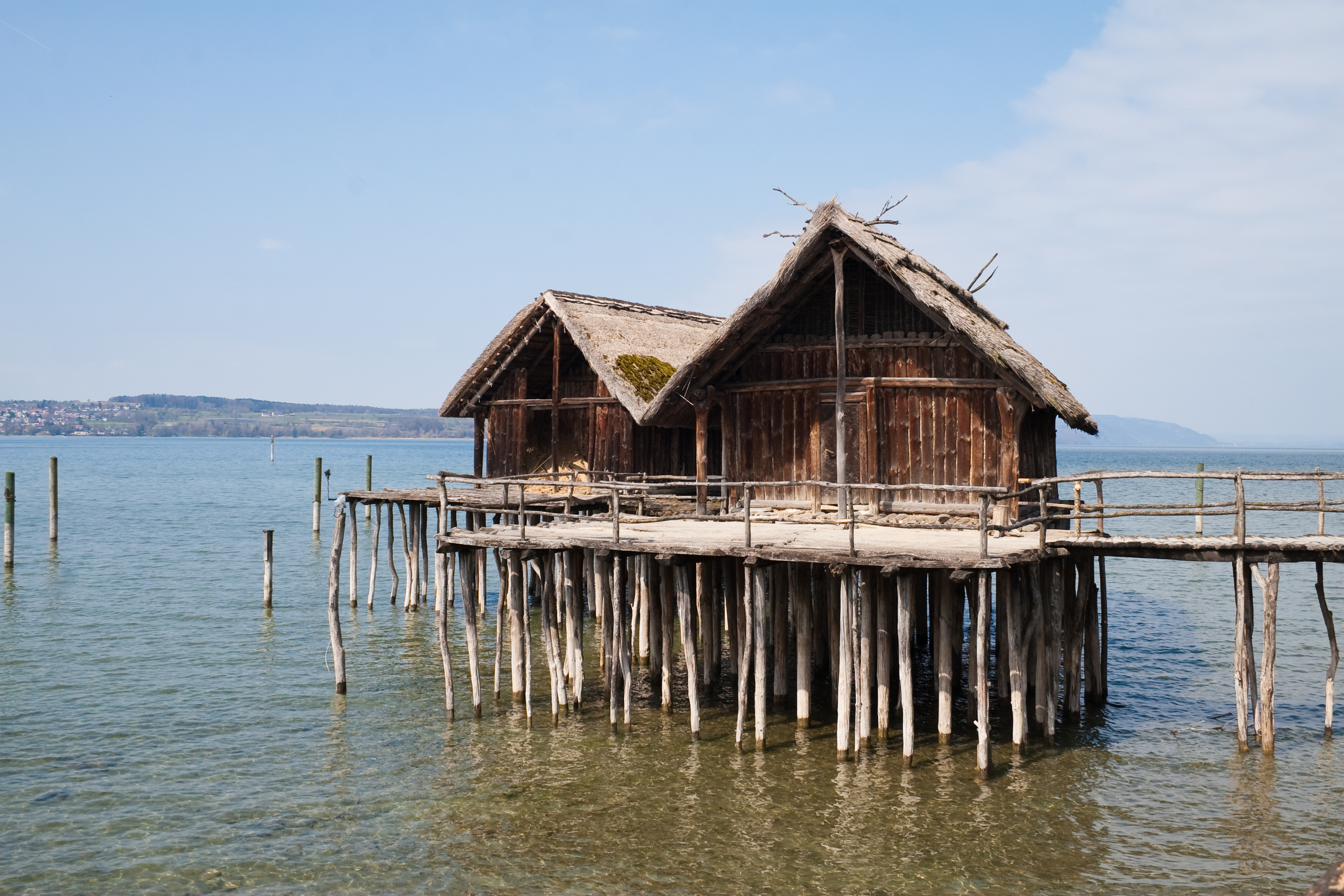 Confused and angry I looked at my parents' reactions. They were not expecting this for sure. They exchanged a look and then my father silently nodded. He lowered the fishing net he was repairing and he called me to sit next to him. After I obeyed him, mother joined us.

Father took a deep breath and looked me straight in the eye- "Phos, my son. I am sorry you found out like this. I swear we intended to tell you the truth in a year or two. I am sorry, we were just trying to find the right words."

Nervous to hear the story I rushed him a bit. "Father, what is going on?"

"Son, you are special. Very special. There hasn't been someone like you in three hundred years"

"What are you talking about?"

"Phos, let me start at the beginning. This planet was once a trade outpost. It has been abandoned at the beginning of the Purge. The people you saw at the painting were the rulers of the galactical human Empire. They were called Justian and Katrina. They reigned over dozens of worlds in an absolute manner. Drunk with power and ideas of greatness they developed an imperial philosophy that would be later known as the Purge. Their idea was that the only way to further improve the Empire is to eradicate the imperfections among the subjects of the Crown. Through vaccination process, the entire humankind was unknowingly subjected to gene modification therapy rendering the entire population sterile."

"But you look just like them. What have you done?"

"Please son, let me finish. They saw themselves as embodiments of perfection, so they literally created a population in their own image, by cloning themselves. Cloning procedure is government's top secret and the royal pair were in direct control of the cloning facilities. When people started to die out they were replaced with royal clones who were priorly educated in special government facilities, in order to fulfil a role in a new, perfect society. To prevent possible mutations that occur with procreation, clones were also created sterile. Due to their absolute power, they managed to implement this flawless society. In the end, they also died but their ideas kept on living because they were replaced by their own clones who were groomed for the imperial positions. In this manner, they wanted to retain the status quo for eternity. "

"So the entire world is comprised of clones of two people? So you are also clones? Wait, how did I came to be if you are supposed to be sterile?" "Yes, we are also clones of the original Tsar and Tsarina. Your mother and I, we met at our workplace. We were scientists trying to harness tachyon energy for the Imperial Space fleet. We all looked the same and talked the same, but she was different. Her warmth made her shine like a beacon on a misty day. Soon we fell in love. We hid our relationship from the world because in school we were taught that emotions were urges from our primitive past and that to truly achieve greatness we must devote ourselves to our work. In a society like that, transgressions were punished instantly and severely. Months passed and we hid our relationship from the world successfully, at least until she found out she was pregnant. We were scared to death and baffled how it was possible but in the end, we knew we should keep our baby safe, no matter what. Luckily I knew some clones who didn't share the vision of a perfect society with the rest of the Empire, so I contacted them and they provided us with the interstellar shuttle and the coordinates of an abandoned inhabitable planet. During the flight here your mother performed tests on us for the better understanding how this happened. It seemed that tachyon energy, we were working on altered our genome, making us able to reproduce again. Rest of the story you know."

I smiled, I cried, I felt proud, I felt loved. I felt like their special little boy. With tears in my eyes and smile on my face, I hugged my parents, my heroes. I felt ashamed that I was mad at them. Through tears, I managed to conjure a single sentence "I love you"

...
Eight years have passed since I have learned the truth about my parents, about the world, about me. I am not a child anymore. I am not driven by childish ambitions anymore. My parents made the first step in creating a better world. They defied the system. I will carry on their torch with pride. Shuttle is operational again, and father gave me an idea how to approach the silent opposition. It is going to be risky and hard but I will do it exactly because it is dangerous. I guess I am just like my parents.

This is my entry for #electricdreams contest hosted by @tygertyger

Congratulations! This post has been upvoted from the communal account, @minnowsupport, by spalatino from the Minnow Support Project. It's a witness project run by aggroed, ausbitbank, teamsteem, theprophet0, someguy123, neoxian, followbtcnews, and netuoso. The goal is to help Steemit grow by supporting Minnows. Please find us at the Peace, Abundance, and Liberty Network (PALnet) Discord Channel. It's a completely public and open space to all members of the Steemit community who voluntarily choose to be there.

That's a great story, very interesting take on 'made in our image'. I wonder why they won't die out due to the small gene pool

They won't die out because clonning doesn't require a diverse gene pool. It is just copy paste of the two genomes. There is no other means of reproduction

Congratulations @spalatino! You have completed some achievement on Steemit and have been rewarded with new badge(s) :

Good story, believe me, I read SF for more than five decades. I see you are under influence of imperial origins of your home town. Keep writing we shall keep reading.

This is a courtesy of @anomadsoul