Some of the great unanswered questions for EOS relate to the Block Producers. There will be 21 main producers and up to 100 reserves who will be voted for by the EOS token holders - What servers/infrastructure will they run? and what will this mean for the EOS Blockchain(s)?

Many people are waiting for Block One to release their recommendations. However, since the community will be launching, and running, the chain(s), it will come down to what the Block Producers themselves decide alongside what the community vote for.

To get some insights into what we may expect to happen, BlockMaker ran an anonymous survey and got responses from 11 regular users of the Telegram Block Producers and Community Testnet Channels - This is where many of the declared Block Producer candidates discuss relevant issue. Many thanks to all who participated - if you would like to be credited please let us know.

The idea now is to share the results and then let people debate to move us towards a shared view. Then we plan to do a follow up survey in mid March to see if there is greater consensus amongst Block Producers.

The first two questions related to the expected capacity (transactions per second) of a hypothetical main EOS blockchain in June and September this year. 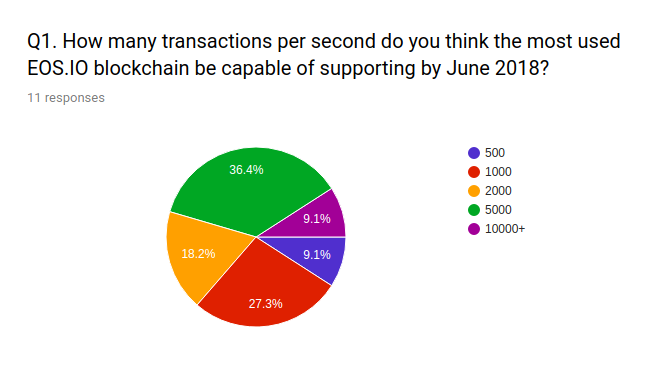 This shows that we are probably aiming towards a capacity level of 5000 tx/s but it will take a bit of time to ramp up.

The next few questions relate to the specifications of a main block producing node. 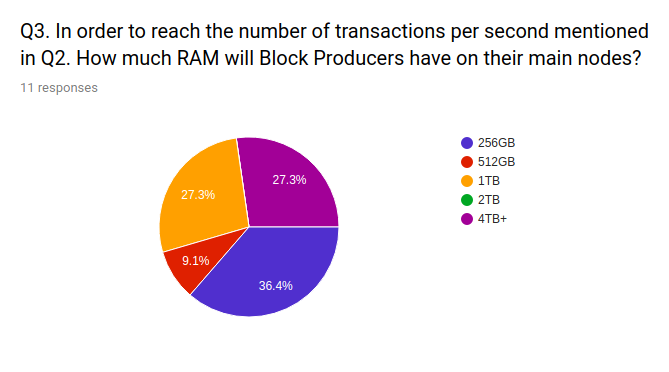 There is a lot of variability on the amount of RAM expected so this is a clear area of debate and tests over the coming weeks. 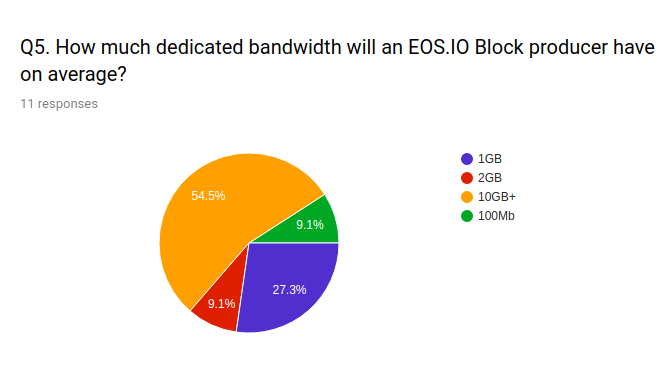 This is gigabits per second but there may need to be a better way to describe the network capacity which details levels of latency and internal networks. 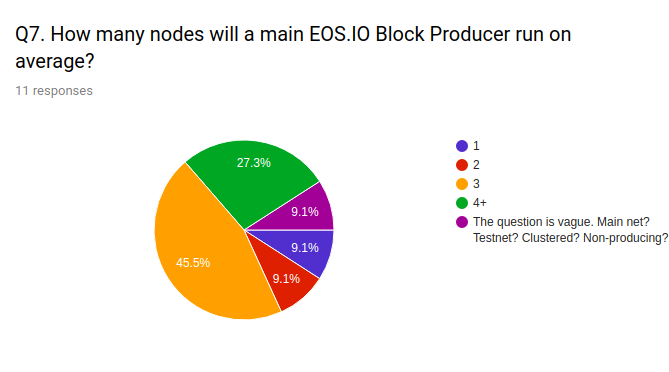 This question needs refining but it is clear that many block producers are considering running many nodes as backups or as part of their whole infrastructure.

The next 2 questions related to the expected inflation rate 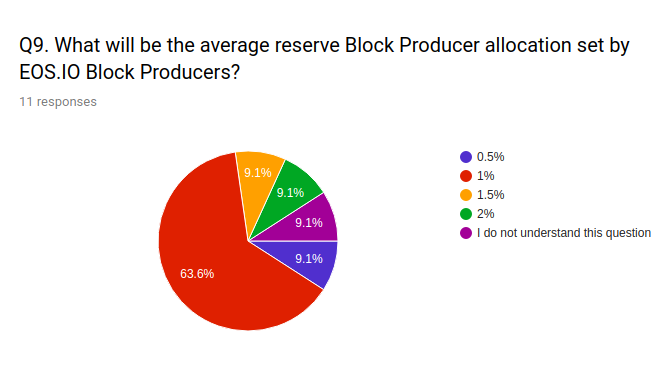 There will be a maximum amount of 5% inflation but this will be set by what Block producers request. These answers suggest that the block producers may request a bit under 3% and will allocate the reserve/backup pool approximately 1%.

That reserve 1% will be shared between all Block Producer Nodes based upon their percentage of the vote.

Finally we asked how many tokens we expect to be locked for voting. This suggests that there may be only a small number of tokens voting which could be a risk that the community will need to address.

It will be very interesting to see how this develops leading up to the launch of EOS blockchains in June 2018.

Hi, This is DevinLee @indend007, and now managing KOREOS.IO. Could I translate this article to Korean? I think this is very useful to everybody who interested in EOS.

Hi, Please go ahead with this - certainly want to share as much as possible with the Korean Community. We will actually have some Korean team members joining us so hopefully there may be room for collaboration in the future.

So, do you have an idea about the ROI for a BP?