Esoteric Symbolism of the Union Jack

The British flag is the flag of the United Kingdom and is officially called the “Union Flag” but is popularly known as the “Union Jack” was officially adopted on the 1st of January 1801. The British as they are known actually comes from the words Brit which means Covenant and Ish meaning man. 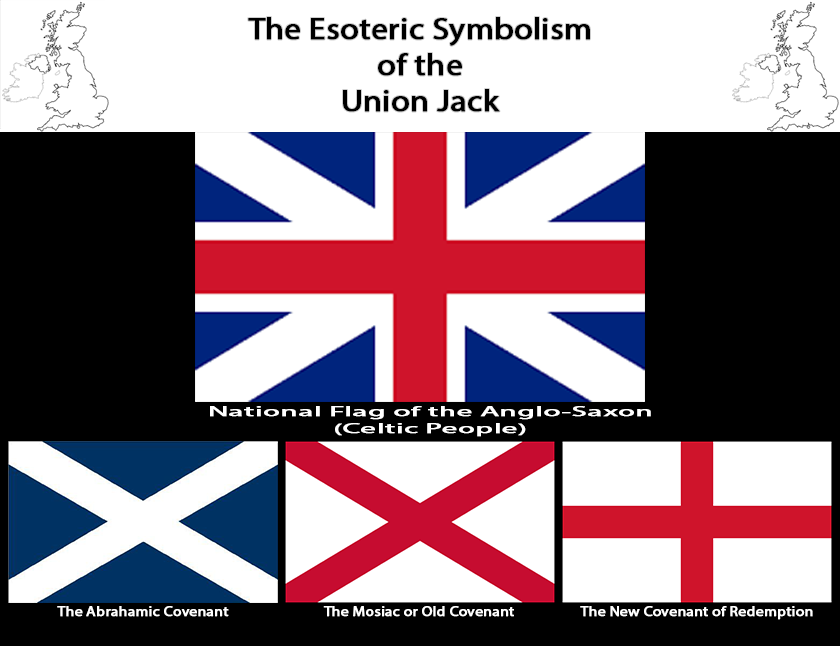 The British Royal Family is a mix of Jewish and German bloodlines which extends all the way back to ancient Israel. Actually, there was no ancient nation state of Israel but rather the ancient Semitic peoples who were identified by a family of languages that included Hebrew, Arabic, and Aramaic and other ancient languages such as Phoenician and Akkadian. The Union Jack symbolically comes from Union of Jacob, who was the father of the 12 Tribes of Israel (well 13 to be precise), identifying Israel-Jacob today and are claimed to be the only true Jews.

The Union Jack is a combination of three separate flags using the symbols from the patron saints of three different regions or countries which are Scotland, Northern Ireland, England and Wales. Firstly there was The Abrahamic Covenant:
With his hands crossed, Jacob passed on the blessings of national greatness to Ephraim and Mannasseh. This was not a blood covenant hence the blue background. (Genesis 48.)

The Mosiac or Old Covenant:
The blood covenant, broken by Israel, symbolized by the red cross broken in the center. The covenant of Moses broken by Israel showed the need for a saviour. (Jerimiah 31 : 31-34.)

The New Covenant of Redemption:
The victory of Christ over Satan’s evil kingdom or St. George over the Dragon established by the New Covenant. The blood of Christ shed on the cross shown by the red cross of St. George. The redemption of Israel and personal salvation now possible through the crucifixion of The Saviour. (Hebrews 13 – 20-21.)


The Union Flag Representing The Union of Jacob. 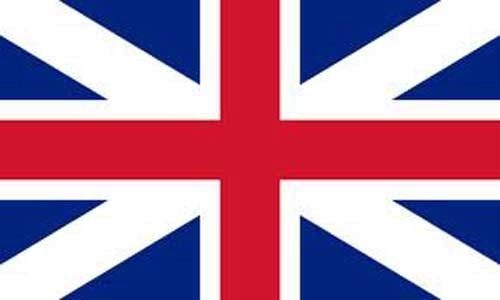 National Flag of the Anglo-Saxon / Celtic People:
Identifying Israel-Jacob Today. Note the cross of St. George predominating. The New Covenant brought blotting out of transgressions committed under Old Covenant and made possible fulfillment of national promises given under two covenants. Jesus Christ the Redeemer of Israel and saviour of the world. (Luke 1: 68 & John 1: 29.)
#flag #union-jack #covenant #united-kingdom
4 years ago in #esoteric by egodust (41)
$0.28
Reply 2