Meet first of all, a movie financed by Ethereum with an smart contract and its own token called Ethereum Movie Venture.

A Swiss production company - Australian-Irish recently created the first full-length film financed by Ethereum to the world with an smart contract and its own blockchain coin entitled Ethereum Movie Venture.

Ethereum Movie Venture - EMVenture is a decentralized production company of media where you can invest in the industry of independent cinema with the tickets which you buy. This project of gamchanging adopts the advantages of the technologies blockchain as Bitcoin and Ethereum, who implement the concept of decentralization and independence of reliable third parties, as the banks or the intermediaries.

The investors can buy the Ethereum blockchain-based coin called EMVenture Token. The coins which represent the project are certified tokens Ethereum ERC-20. Rooms, which can be inspected on the blockchain and used on the markets of prediction, are in the course of negotiation for diverse exchanges and have already generated a 5 million USD market capitalization.

Ethereum Movie Venture adopted an innovative approach of this cryptocurrence, because certified tokens EMVenture ERC-20 is connected to the income of the movie Pitts Circus. It guarantees that the holders of this coin can take advantage of profits of the movie until 2036. Token holders will also be provided a vote in future movie projects of this nature, and will be able to view the movie on the Internet when it is completed.

The film is already available to be traded on exchanges on the Ehereum blockchain, being listed on cryptoderivatives.market and EtherDelta. The movie project itself has been designed for maximum profit potential, with an intentional emphasis on keeping the budget as low as possible to provide the best opportunity for high returns.

The EMVenture token strategy will enable Ethereum Movie Venture to provide shareholders with 75% of net profits over the next two decades – including profits realized from merchandise sales and royalties.

This breakthrough project not only demonstrates how cryptocurrency can aid in film production crowdfunding, but also is helping to raise public awareness of digital currency and blockchain technology. 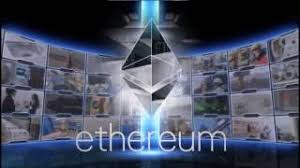