Into the Ether with Ethereum Classic

Ethereum Classic is a platform of new generation blockchain for a new Internet infrastructure - who can considerably improve the way the information and the value are shared in the digital economy, freeing billions of dollars in unexploited economic surplus in the process... We believe that Ethereum Classic can Or the substitute in an Internet of things globally, safe and decentralized ( IOT) ".

On the difference between Ethereum Classic and Ethereum:

" The most important difference is that developer Ethereum Classic appreciates clearly that the digital currencies are essential in the long-term durability of their associated blockchains. Besides, they recognize that the long-lasting value of a digital token is justified by the nature without trust of its protocol. On the contrary, the philosophy of the community Ethereum bases on the idea that they will build and will break the technology to increase their mission to accelerate the use of protocols and "decentralized" tools, without taking into account digital assets which underlie them.

---The Ethereum classic is a sequel to the original Ethereum blockchain - the classic version preserving the untouched story; Free of external interference and subjective falsification of transactions.
---Although Ethereum claims to be a decentralized platform, it is centrally funded by the Ethereum Foundation. Development finance and the innovation road map are largely addressed by one entity and a few individuals.
---Many believe that Ethereum Foundation's strategy will cause Ethereum to suffer the same consequences as the first cases of the Internet, where the closed gardens created by AOL, CompuServe and MSN alike were ultimately superceded by the Open Internet structure that exists today.

The drama of the kung fu movie?

June 17th, 2016: the DAO is pirated and 3,6 million ETH are diverted because of an insufficient security. The Ethereum network remains unchanged.
June 17th, 2016: the members of the foundation Ethereum create diverse proposals to get back funds DAO investors. The fragments of the community and a debate of month continue.
July 14th, 2016: Arvicco launches a movement to respect the original social contract of decentralization : opening, neutrality and stability, several all right.
In July 20th, 2016: in 13h20:39 UTC, the hardfork is executed, paying off DAO and share Ethereum on two networks.
What Really Went Wrong? The failure of the DAO was not just a program failure, but a failure in risk management; and it also exposed an even deeper failure of the underlying social contract: Ethereum transaction/programs would never be changed by a third party.

The success of Ethereum Classic, a community of blockchains dedicated to the principles of opening, neutrality and stability. "- Arvicco
Ethereum Classic appeared following the DAO fork. He strengthened the members of the community Ethereum who rejected the DAO HARD FORK for philosophic reasons. Declaration of independence Ethereum Classic:" that we know in the whole world that, July 20th, 2016, in the block 1,920,000, us, as community of sovereign individuals, we are united by a common vision to continue the original blockchain Ethereum which is really without censorship, fraud or third party intervention. By realizing that the blockchain of represents the absolute truth, we support her, supporting his stability and its future. We do not make this declaration.

The declaration of independence of Ethereum Classic contains a list of grievances:

---To have precipitated the creation of a " soft fork", which included a minor modification of the code Ethereum blockchain in the only purpose to create a blacklist and transactions of censorship normally authorized.
---By neglecting the complete implications of the " soft fork" by the Ethereum blochchain as a warning that they raped the principles and the values which are coded there.
---To create a mechanism of not representative vote called " vote carbon ", which they declared initially was unofficial that to contradict these declarations one day before determining the hardfork.
---To rush on the creation of a hard fork, which included a change of irregular state in the code Ethereum blockchain which raped the properties of stability, of fongibilité and of holiness of the big book.
---To decide on volunteer not to include the protection of replay in the hardfork, an action which cost pointlessly exchanges and thousands of users the justifiable property of their tokens Ether.

" The refloating of the holders of DAO tokens violated two key aspects of what gives an accounting market value by peer to peer and intelligent: a fongibilité and a stability ".

"We believe in a decentralized blockchain, without censorship and without permission. We believe in the vision of origin of Ethereum as a world computer which cannot be closed, with irreversible intelligent contracts. We believe in a strong separation of the concerns, where forks system of the base of code are possible only when you correct vulnerabilities at the level of the protocol, the bugs or the improvements of features. We believe in the original intention to build and to maintain a resistant platform of development in censorship, without confidence and unchanging."

Ethereum Classic: " the transactions are final; the applications are unstoppable. "
It is the conception of Ethereum Classic according to which the blockchain technology exists to serve people,and that this can only be achieved fairly and effectively if the network is neutral to which transactions get processed. " Long-term, only the applications which work in this way will really be without trust ". 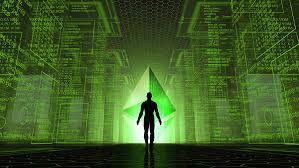