In times when elections are won with the help of facebook data, we have to look back and hold the people who made this possible responsible for their actions and for their lies. I am sure that Mark knew that facebook data will be sold because it already was their buisness model at that time. How couldn't he know this. This is probably also the reason why he looks so offended when asked the question...

This really makes me think about deleting my facebook account. I only use it to keep in touch with one or two friends anyway.

They will find a way to make Data private...sure it's Too late for this round but the next round will be won.

Data is the biggest asset of this time. Money has always been the synonym of power. Is no surprise that privacy doesn't exist in the layer the internet currently runs on.

that is true but not everyone knows this. we have to make people aware.

Facebook just like other centralized social media is not secured. Your data and information could be used and revealed at any given time. I'm glad we now have alternative like Steemit which is decentralized...

the majority of website owners do this and will continue to do this, it's been going on for years, great way to make easy money

Really ? xD I use my account on FB because I want to contact my buddies and learn new knowledge xD

Sadly it is not just a Facebook but as well google and many others big corporations are collecting user information for many nasty reasons.

Lawfully, when somebody Registers to Fakebook you give every permission to them. The word Register means that you give the Ownership to the person/company and they now give you the Permission to use it.
Just like everything else that you believe you must register like Cars and Children, you give right of ownership away as soon as youve registered it.

People need to learn the LAWFUL meaning of words, because thats how people are being controlled (mostly).

Hi,I am Michael who is devoted to building a steemit personal brand community with the purpose of helping steemit authors get more exposure and earnings without any cost.This is a win-win cooperation model.If you are interest in it, just reply me and word to let me know so that I would tell you the details for further deep talk. Thanks.

When was this interview taken?

The people who print money own Mark because they own the media. I don't blame him that much. I think he was pushed to do it. Thank you 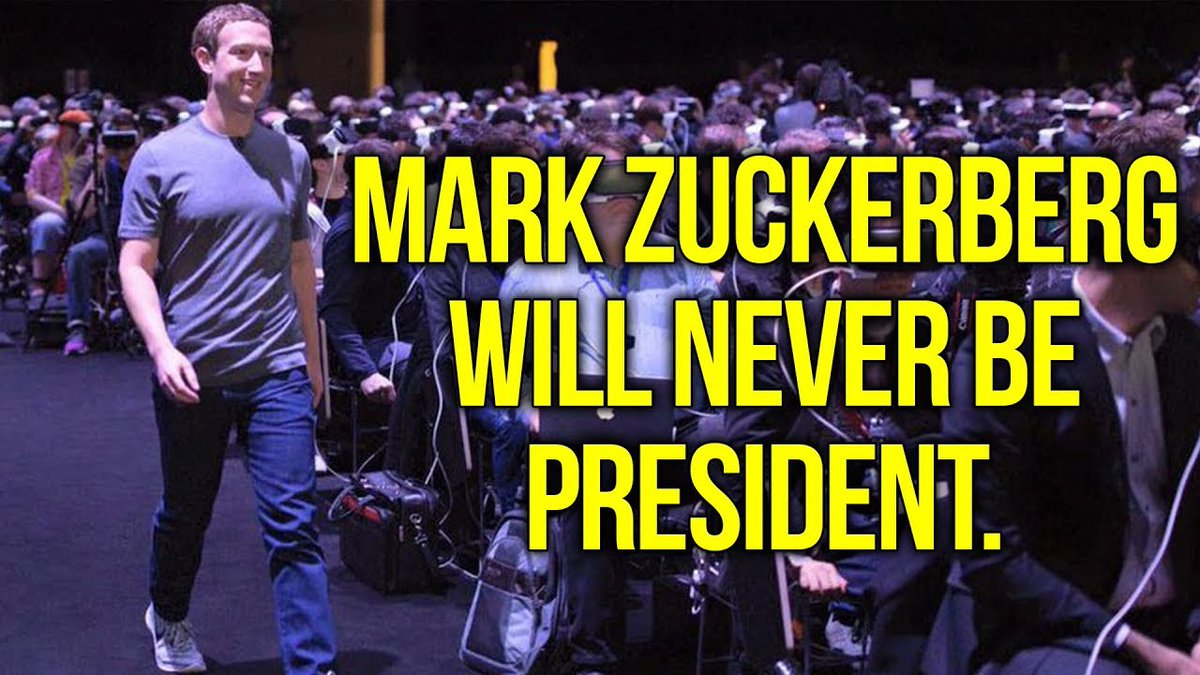 IS THIS TRUE OR FALSE

yes I think he didn't even had a chance to handle it differently because there is no way to make facebook profitable without selling data but he still made the public believe that they are the ones that own the data and not facebook.

that true, am glad

Facebook is not and never has been a safe place for any of your information.

If you want to see for yourself how creepy the targeting is just start creating an ad and see how specific you can get - and thats not even diving into FB Pixel.

On a side note: Obama was the toast of the town with the media in 2012 when he employed the very same tactics that have recently sparked outrage with the Cambridge Analytica Scandal.....And now, because it's trump, those strategies are completely unacceptable. Fascinating really,

Hilariously enough though, all of the above has now resulted in Zuckwit being called before congress next week.

Anyone else ever laugh their ass off watching "The Social Network" at just how ruthless and badass Zuckerberg was portrayed in that film?

He's just another puppet doing what he does best selling personal data to big corporations, then you have people trying to fight and make people aware like Julian Assange and many more that leak documents for free and are considered villains...

I hate Facebook... Instgram and Whatsapp!
I use Steemit, Steepshot and Telegram.

I using FB only for few friends and family memebers... FB is only a big lie for everything... You can find there a people who are "famus" and "rich" in front of camera but behind it... a lot of problems, agresion ect. ... it's a big lie

this man is lizard, i knew it all along.
we created this monster and now we have to stop it !

the name is fake to begin with

i think it was ... six years ago? when they made their policies even worse so i nuked my account. never regret it.
only had a little slave-account for instagram but i recently nuked my instagram account too. didn't really feel at home their anyway.
my main socialmedia life happens at Mastodon anyway.

F*ck facebook.They sell our information. From now on I use Instagram.