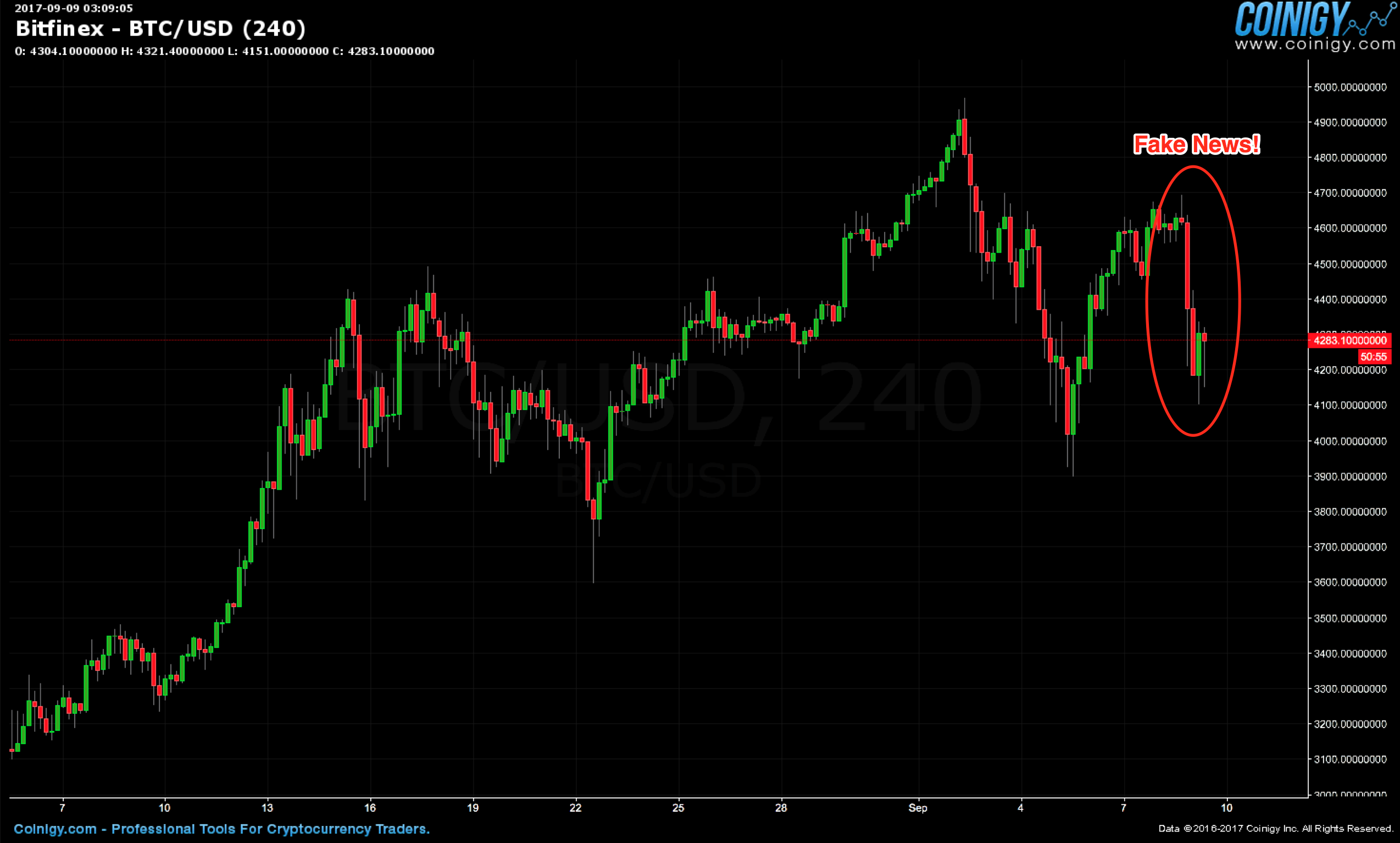 This is my first Steemit post, please forgive my noob-ness. I live in Asia, and woke up this morning to a sea of red. Seems that through the night Crypto went through another sharp sell-off this weekend.

Turns out it was caused by fake news and panic. Yea it's fake, and well-timed too. Let me convince you.

). For some rationality, do also read this article about China's future roadmap for Cryptocurrencies. https://bitcoinmagazine.com/articles/op-ed-chinas-ico-ban-characteristic-not-catastrophic/

Have fun with investing with cryptocurrencies, and do send me some Steemit!

Remember: Weekends are fun for crypto (supply-demand equilibrium is the weakest, easy to manipulate)

Okcoin and Huobi PRs said they haven't received such notices and are still in operation as of now twitter.com/luluyilun/stat…

BTCChina Exchange is operating normally, and has not received any new directives from Chinese regulators. We'll keep you updated. #bitcoin

Congratulations @tsangyoujun! You have completed some achievement on Steemit and have been rewarded with new badge(s) :