In a typical joint stock company, investors buy shares and the money they pay is given to workers as pay to conduct the company's business. It takes time for most businesses to become profitable, but if the business becomes successful it will be able to stop raising money through investment and either begin to pay dividends to shareholders or reinvest the profits in growth so that the shares appreciate in value.

A Ponzi scheme distorts this dynamic: there's never any profit, or any real attempt to generate any. Stake in the supposed venture is still sold, but instead of using investor's money to pay workers to serve customers, the investors' money is paid directly to other investors as dividends to make it appear that the business is turning a profit. This appearance of success is used to attract more investors while the miscreants running the show siphon off as much as they can before people catch on to what's happening.

What makes Steem special is that it operates as a stakeholder owned cooperative. The stakeholders are also the workers. This makes it difficult for many people to tell whether it looks more like a productive joint stock company or a Ponzi scheme, because the rewards given to the workers/stakeholders could either be the pay for their work, or the dividends giving the false appearance of profitability. It all depends on how the stakeholders vote. If they vote to reward those who build the community and create value, then Steem will become profitable, but if they vote simply to pay themselves and other stakeholders without any connection to productivity it will fall apart as certainly as any other Ponzi scheme.

At present, the stakeholders are split between these two sides. The community is growing rapidly and there's a great deal of productivity, but there's also a growing part of the community that seeks only to vote themselves dividends while they can. Steem isn't a Ponzi scheme, but if the stakeholders it attracts can't tell the difference it will soon become one.

This was originally posted here: https://steemit.com/steem/@troglodactyl/is-steem-a-ponzi-scheme

Several people mentioned missing the window to resteem this and I think it concisely conveys concepts that are important to the success of this community, so I've reposted it with payouts declined.

In Steemit's 2017 Roadmap, it's described as "the Steem blockchain's first and best application." One year later, can anyone honestly agree with this assertion?

In my view, the erratic price fluctuations of Steem & its diminished market valuation relative to other crypto projects that it has had a multi-year head start on conveys the dissatisfaction about the direction of the site and the seemingly ambivalent commitment to innovation from its leadership.

Ned's recent comment and downvote towards Dan is just one of many examples of this. It seems to have been the last straw for Dan, who has now said:

"When Steemit CEO uses company stake to vote himself $3000 on a 3 word comment to justify his downvote on a post that declined payment you have a system that is corrupt...I will strive to rebuild a new community that will hopefully realize my original vision."

which is exactly the rejected payment, I know that the one who rejects it does not receive anything but the one who votes in what does that affect him?

Dan rejected payment on his post. It was still downvoted.

ok thanks, but I wonder how it affects us when we vote for a post in which you have rejected the winnings, for who votes that post is exactly the same as with any other post or what advantage or disadvantage gives us who we vote?

Yo! That's funny, I totally agree with this 100%
I've noticed some pretty entrepreneurial and fantastic spirit on this platform and have also noticed some gut-wrenching self-servism and bottom-lineism that makes you think this platform only has another couple weeks to gasp

Fascinating to see which way it will go... I think the ponzie elements are quickly being outweighed by the waves of new users but it may actually be a rothschild - slave relationship that's been built...

I know virtually nothing about concentration of Steem but I'm hoping most of it is not in the hands of bad people (much like say, the dollar is)

what I like about steemit is that you can speak openly even these things without censorship on the platform itself, in any other company would not let you talk so openly on a subject as sensitive as this.

by the way, this sentence I do not understand
Several people mentioned the window to resteem this and I think it is concisely conveys concepts that are important to the success of this community, so I've reposted it with payouts declined.

I'm sorry I'm using the google translator and although I understand a bit I do not understand it well.

The site is not without censorship. It is censorship resistant. There is a difference. Actors in the system can still decide to censor anything they want, but they are limited in their effect by their stake. The point is, censorship cannot happen from a centralised governing authority which blanket covers the entire platform. (Steemit Inc have the power to almost act this way through their enormous stake but have so far built some trust by not abusing this power too much)

Steemit is definitely not a Ponzi scheme. The main argument being that here you can succeed without investing any more. In a traditional Ponzi scheme people who entry must invest money because the people at the top have to be paid.

On the other hand the growth and future of Steemit is truly on the hands of the big current stakeholders. For me it's pretty simple even if you just want to profit from it... why take money now when you can receive 100x in 2-3 years. So whales, help build Steem, if not for the community, at least for your own sake.

If you want to get into semantics and argue about the definition of a ponzi scheme, then you are missing the point entirely. At it's rawest, the re-pricing of assets given a finite and fixed size system (ie, all the money is retained in the system), is a function to transfer wealth. In this situation, the zero-sum game means that one person's gain, is passed along to someone else's loss (it could be many people). Now this is the simplest scenario where we assume a closed system.

However, for an open and expanded system, it's really just a matter of passing the hot potato on. The ever need to expand the user base is fundamentally about bringing more money into the system as a whole, otherwise the equilibrium of price of steem will fall due to an expansion of steem / sbd being issued whilst a non comparative amount of it's price paired asset is coming into the system. In effect, the earlier holders of STEEM explicitly require that the system expands in order for them to see a marginal increase in price of their investment, without which, it would just be a matter of redistributing wealth between existing stakeholders.

In summary, a zero-sum redistribution of wealth is what happens when the system doesn't expand. When the system expands, in the case off steem, it has to do so at a faster pace than the issuance of steem in order to sustain price appreciation. This in practice means more people bringing fresh money from outside the system, into the system and buying from existing holders.

If this were the ONLY purpose of STEEM then it would be a ponzi scheme, but thankfully there is utility and value in attention which is the main fabric of Steem and why it sets it apart from being a ponzi.

Those are steem founders's wallets, they own a shit loads of steem yes i know. They own about 80% of steem .
You know what's funny is that they tell you to power up but they are powering down all 3 accounts and cashing out $2 Millions every week. @troglodactyl

Let's put everything into perspective here. Do you know what the costs are to run a centralised website interfacing with a decentralised blockchain? How many images do you think Steemit.com hosts and how much internet bandwidth do you think is used to serve said images as well as millions of domain impressions per day?

On top of that, running an office, paying tens of staff a competitive salary such that they have no reason to work somewhere else, and building a buffer of funds to prepare for distressed periods as what were beginning to see in crypto right now.

Don't pretend you have a better idea how to run a billion dollar company. Try empathise some first.

Which ones are founders accounts?

Thanks @troglodactyl. Great post pal. I am new to Steemit but the nasty tricks going on around the place are very disturbing. 100 SBD 200 SBD upvotes for a few word comments. How can that be anything other than theft?

Very interesting, and a good description of what SteemIt users need to doing to help keep our system working properly. Thanks! Following.

i don't know much but steem is love

hey @troglodactyl you deserve the payout for this!

Ha! Glad you appreciated it.

Maybe it's just as you say @troglodactyl, because I see now Steem continues to decline. I do not understand, what a market is doing so steem prices continue to decline. I've been thinking, maybe it's the end of the year so the steem price goes down but I was wrong. Do you think the price of Steem will drop to the end?
If that happens, everyone will be very sad because all his hopes and dreams will be destroyed. 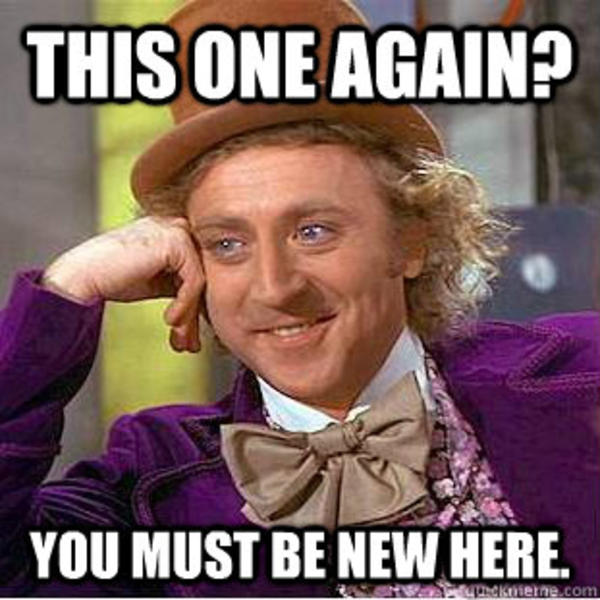 ok will help you understand....a little:

hope it helps, keep Steeming on, someday when you have made some friends here and connected enough so it's personal and not just about the money....it's about the future....you will understand what the rest of us understand.

you are super early...keep Steeming and if you can afford, invest in some Steem while it's still under $10

go see my reply to @taskmaster4450 to get a visual, hope you benefit greatly from this knowledge by taking massive action:

It's a good question, but I find it almost impossible to answer because I think that fiat money is one of the largest ponzi schemes in the history of the world. So it's almost like what would be the point in pointing out Ponzi schemes, when our entire monetary system is one.

Also, I think that Steem is probably more valuable than fiat money because it's causing people to compete by encouraging them to exercise the creativity muscle in their brain (figure of speech).

It seems to me as if though applications like Steemit which function on the blockchain are causing people to become smarter, and more engaged.

You might really enjoy this video, I know I did.

Congratulations @troglodactyl! You have completed some achievement on Steemit and have been rewarded with new badge(s) :