Hey Steemians,
Another Check the Czech Cuisine post, answering the tough question... What is czech food like. 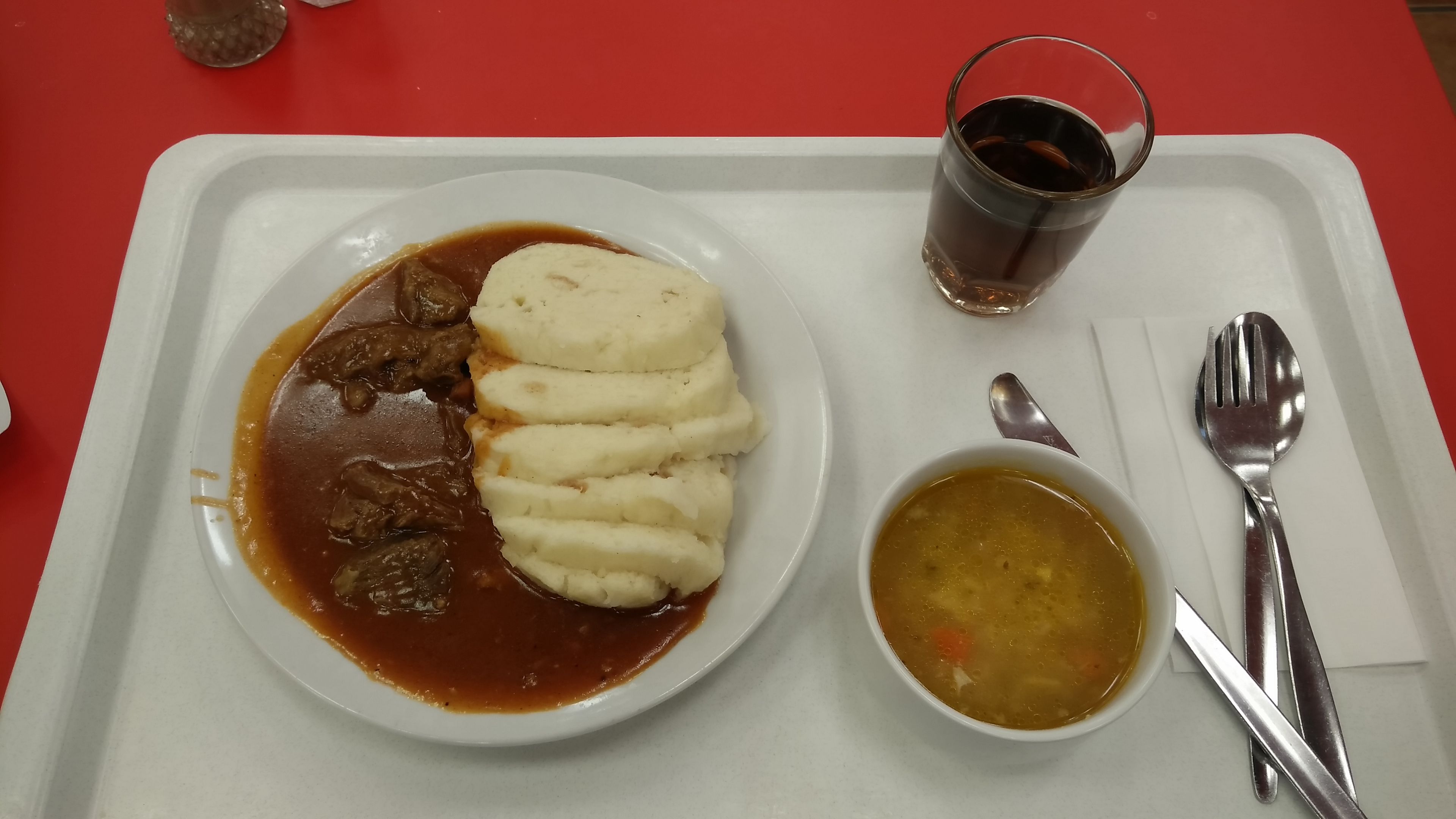 So todays lunch was really very Czech.
Firstly there was a really oilly chicken broth soup. Followed by a Goulash type dish. The Goulash was made with Beef and bread dumplings. If you have never had bread dumplings before its like a loaf of slightly undercooked bread thats cut in thick slices and used to soak up the gravy from the goulash.

Overall the meal was quite nice, but I have to admit, there are much nicer dishes in the Czech Republic. Although if you ask a Czech Person they will always tell you Goulash is their most important national dish.

Another thing that might interest you is how much this meal might cost. So for the soup and goulash lunch, it was 68CZK... converting to $3.33USD or $4.28 AUD. Overall that is quite cheap (even here in the Czech Republic). In Australia that amount is rediculous! Just goes to show how cheap food is in the Czech Republic. (side note, this meal was from my local Menza, something similar to caferteria. During lunch hours almost everyone goes to eat at one of these style caferterias).

Until next time,
Later Aligator.

Goulash in Cesky Krumlov made me stop being a vegetarian. Im not even joking...!!

2 things.....
Firstly how amazing is Ceske Krumlov! Such a cute place!
Secondly, i know what your talking about. I have had an amazing Goulash before. Melt in your mouth meat etc. Unfortunately yesterdays lunch was not that goulash. Haha

Oh that's a shame. Yes I love CK. .. had a super special time there!

Get your post resteemed over 90000+ followers and get upto $21+ SBD value Upvote.
Your post will skyrocket and give you maximum exposer.

VISIT MY PROFILE TO GET THE SITE LINK