Dear steemit friends, today I'll be showing you how I've made a consistent, colored, healthy, delicious, and really tasty salad. I've adapted the original recipe to fit my vegan lifestyle, and replaced the meat with mushrooms and also added an avocado for its high fat content.

The way it's prepared in my country (Romania) was first invented by a Belgian chef named Lucien Olivier in 1860 at the Moscow restaurant L'Ermitage, which made the salad be called in many places in the world Olivier Salad in honor his creator.

The recipe, that was kept secret by Lucien Olivier, undoubtedly contained potatoes, pickled cucumbers, carrots, green peas, all mixed with mayonnaise made with olive oil and seasoned with mustard and French vinegar. It seemed that the meal served in the restaurant was adapted to include seasonal ingredients. 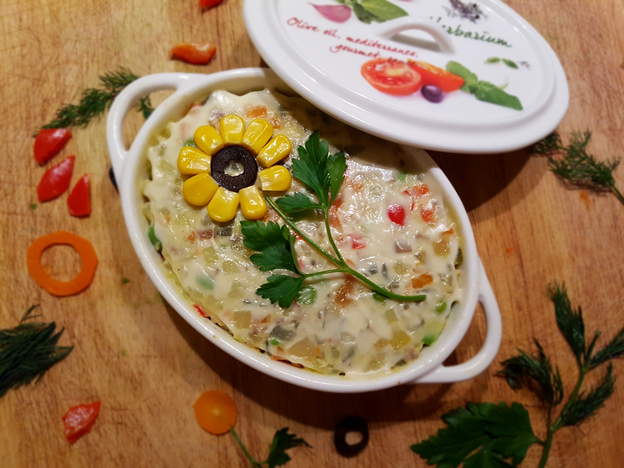 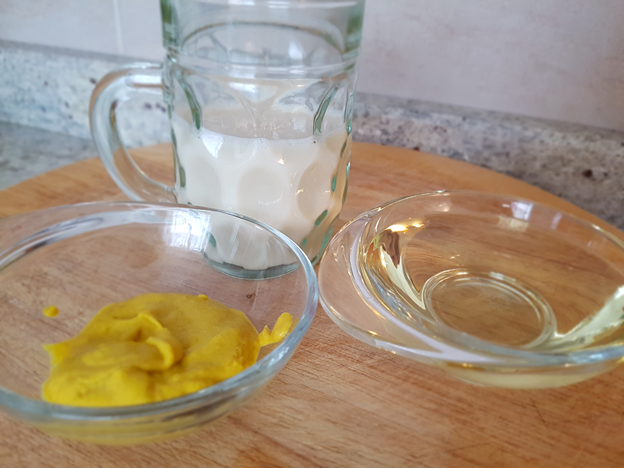 Wash the vegetables very well, except for the mushrooms.

The mushrooms should not be washed, because they act just like a sponge and if they absorb water they’ll no longer be as tasty. That's why it's good to wipe them with a wet towel if they’re dirty. In this way they won’t absorb so much water and they’ll cook proper and will preserve their intense aroma.

After washing the vegetables we'll boil them.
We'll prepare the right pots based on our vegetables size.
Peel the carrots and celery shortly before boiling, to avoid oxidation and maintain the taste ;)
Boil the potatoes with their skin intact.
If you are using canned green peas, you don't need to boil it.
If you are using frozen green peas, it is necessary to boil it.
Boil all the vegetables until they become soft and squishy. After the vegetables are cooked, drain them and now peel off the potato's skin. 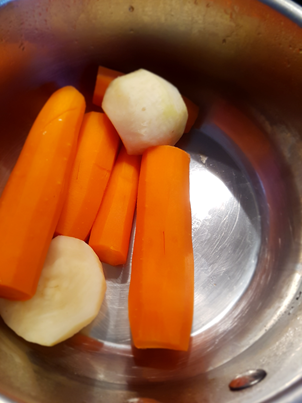 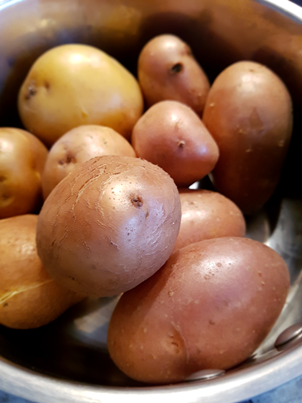 We'll let the vegetables cool off a bit. 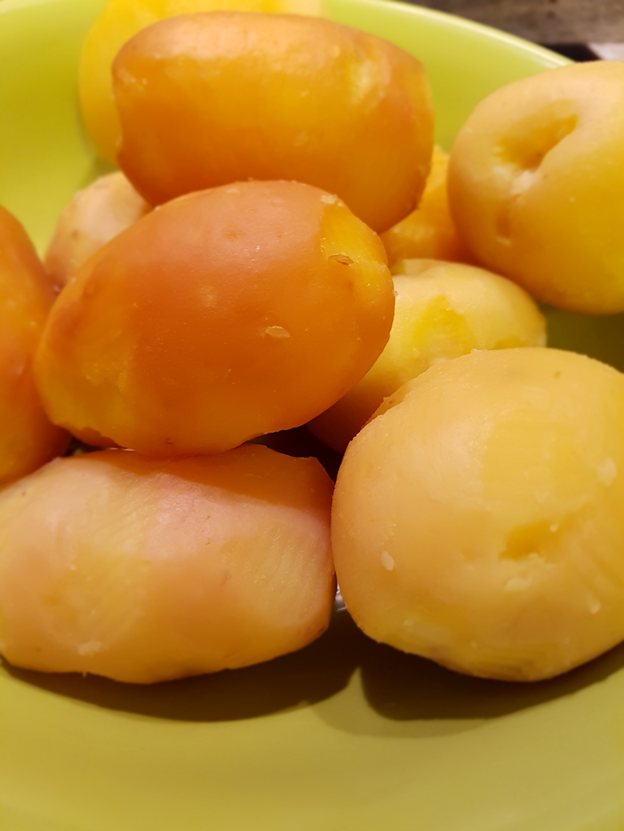 We'll start with mushrooms: cut them as small as you can. Heat the 3 tablespoon oil in a deep frying pan.
Fry the mushrooms until they become golden brown and crisp. 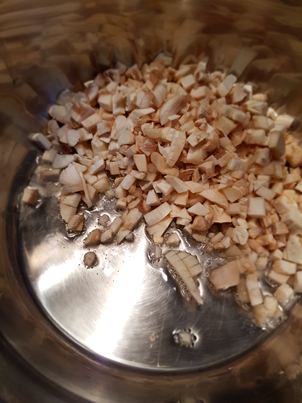 All the vegetables are ready to be cut, except for the mushrooms that have been prepared before and the green peas that does not require this process :P 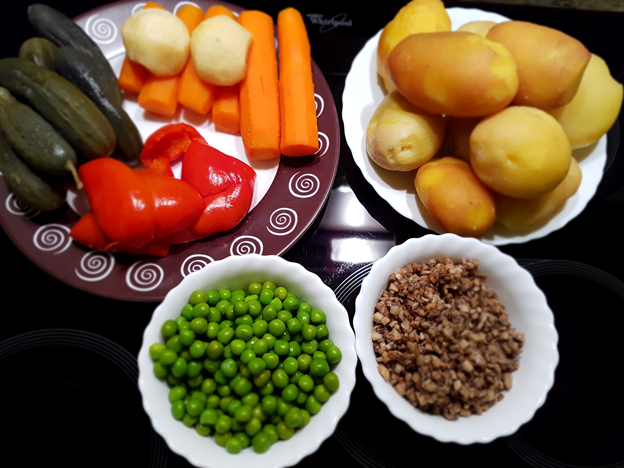 We'll started by cutting the potatoes into small even sized cube pieces.
Do the same thing with the remaining vegetables. 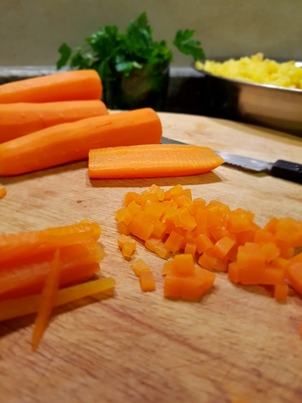 After cutting the pickles, we'll squeeze the liquid out of them very well. 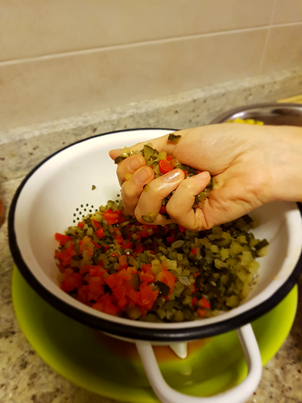 Once all the ingredients have been cut, we are ready to mix and season our salad. For the Russian salad, I like to use a strongly seasoned mayonnaise, with mustard, and for that I prefer spicy mustard, especially since the salad does not contain any spicy element. Obviously, that's just my own preferences and you can add any mustard type that you like.

Add the three ingredients in a large bowl and with a kitchen robot mix the liquid for about 30 seconds, until it becomes creamy. And that's it ! 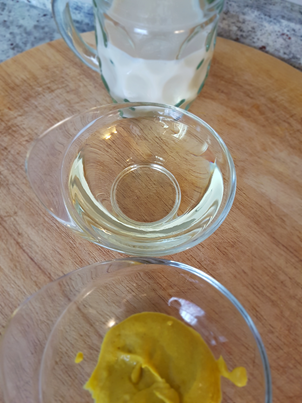 Once we've prepared the mayonnaise and all the ingredients are cut, we are almost ready. 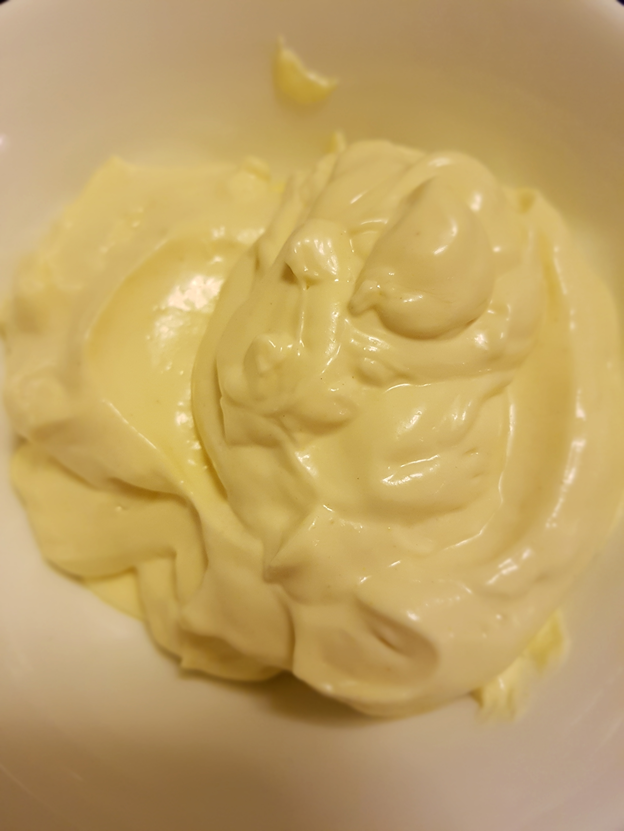 Pour the mayonnaise into the bowl, over the chopped ingredients and green peas.
Season with salt and pepper according to you taste. 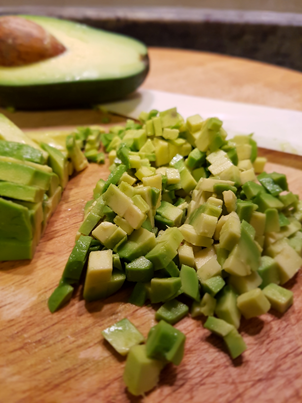 Mix all the ingredients well, taking care not to crush them while mixing. 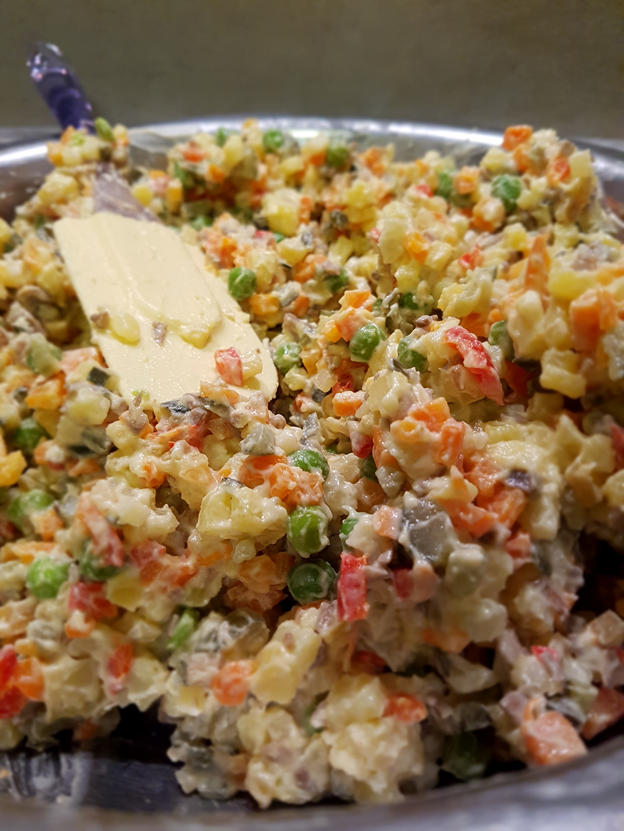 After the salad is well mixed, we'll taste it to see if it still needs some seasoning, if so, add more salt / pepper / lemon juice, matching the salad's taste to your exact preferences. Obviously, we'll mix the salad again after adding something to it, then we'll put it in the refrigerator, allowing the ingredients to sit together so they can mix their aromas well. In my opinion, it takes at least 3 hours for the salad to get it's perfect taste.

The Russian salad is one of those dishes that almost every cook is bound to put his fingerprint on and let his creative spirit free, due to the vast possibility of decorations available for this salad :D Here are some of my own creations ! 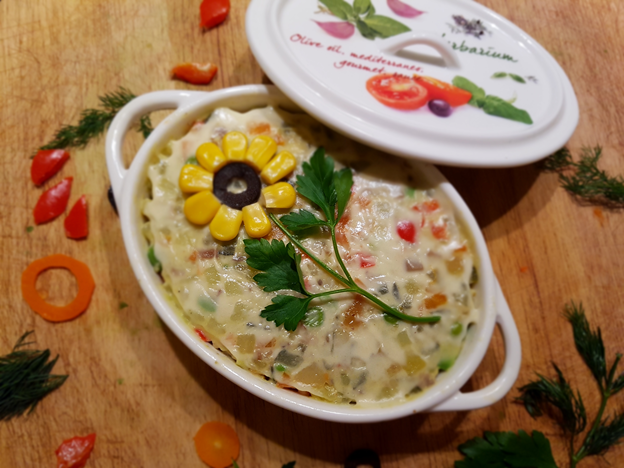 The Russian salad is best served cold, as an appetizer, and can be set on a platter or on individual plates. I hope you'll enjoy it as much as I did.

The @OriginalWorks bot has determined this post by @veganfamily to be original material and upvoted it!


Please note that this is a BETA version. Feel free to leave a reply if you feel this is an error to help improve accuracy.
$0.00
Reply
[-]
robertomarinello (57) 4 years ago

Nice post! I have t try this vegan recipe! Thank You for sharing!

@robertomarinello thanks a lot for the feedback, let me know if you like the taste too :D

It looks so delicious! I have to try it.

Hi @andrejprochazka, thanks for your comment. You really do have to try it, and please let me know if you like it!

Thank you @zamzamiali! I'm glad you like my dish :D

I am also glad to come and greet you, even from a great distance.

This look so delicious! I will surely try it!
Thanks for sharing!

Thanks @dianaruse! It really is delicious, please do try it. I'll be looking forward to your impression <3

delicious that might be, nice shots youve giot bro

This is the best post on Steemit. I gave you a vote now, ya heard?