Lately I have been wondering, if the governments are really stupid or if they are following a plan... or both.

Last week an austrian speaker of the identitarian movement, Martin Sellner, planned a trip to London (UK) together with his girlfriend, Brittany Pettibone. Martin wanted to meet with some like-minded people, but mainly he wanted to give a talk at the famous Speaker's Corner in Hyde Park. Speaker's Corner is THE symbol for free speech, where anything can be discussed as long as it is lawful. Brittany is a journalist and wanted to interview people.

Yes the identitarian movement is very conservative and maybe even alt-right. They might be radical in their views and their beliefs, but they are not violent. In Europe they criticise the governments for the immigration politics and the unbearable tolerance towards the islamic ideology.

When they landed at Luton airport the were both arrested, detained for two days and then banned from ever entering the UK again. A few days later, the canadian journalist Lauren Southern shared this experience.

I do not agree all of their views, but I don't like it, when free speech is impeded. I can tolerate - no - I HAVE to tolarate opions that I don't agree with.

So, what were the british officals thinking? Why does the british government act like this?

Option 1: They are stupid.
Well, most of them have studied one or the other subject at university. So their IQ must be over 100 at least. But they might be one-trick ponies, that lack to see the overall picture and therefore make inept decisions. So, they problably are not stupid, but they definitely have no common sense. 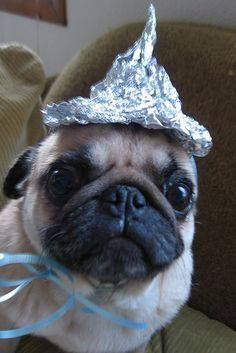 Option 2 a: They are following a plan.
The theory that the Illuminati, the Jews, the Zionist, the Bankers or whoever is planning the New-World-Order has been discussed ad infinitum. So I skip this here to keep it short.

Option 2 b: They are following a plan.
Whatever the great idea behind allowing mass immigration was - it failed. And now the problems keep getting bigger by the day. A lot of the migrants don't want to comply with the laws of the countries, that gave them shelter. They do whatever they want and seem to get away with almost everything, because if anyone dares to criticise them or their actions the answer with the accusation of racism. So the governments seem pretty helpless. Something drastic needs to happen, before things change. Something more drastic than a few terrorist attacks.

I fear, that nothing short of a civil unrest or even civil war, will change things. All the governments have to do is to antagonize their citizens - a little more each day. And that is exactly what they are doing.
In Germany we have a brand new law, the "Netzwerkdurchsetzungsgesetz" ("network enforcement law"). It is supposed to combat online hate speech and fake news. Even the United Nations are warning that several democratic freedoms are under attack. The law requires social networks, such as Facebook and Twitter, to publish a biannual report on received complaints and how they dealt with them. Fines of up to €5,000,000 are possible for companies that "systematically refuse to act or do not set up a proper complaint management system" and some warn that this threat of punishment may motivate companies to delete content rather than risk punishment.

Twitter, youtube and facebook decide now what is legal in Germany, what people are allowed to say. As soon as someone notifies them of suspected hatespeech, the delete posts, videos - and even user accounts. It is no longer a court of law that decides, this right has been passed to corporations.

How long will people take this without uprising? Does our government want people to get violent? And what will happend then? Will thousands of citizens be imprisoned or even killed? Or will the government act then and forcefully remove the unlawful immigrants under the pressure of the people? Will they then say "We wanted to help the world, but our people did not let us."