Saved by the Bath. The Very True Story of How a Bath Saved me from Marrying the Wrong Guy I know I haven’t written about my actual wedding yet, but these damn freewrite prompts keep leading me to other stories first. I promise, I’ll get to that story eventually.

That Being said, today’s prompt is “bath” and that leads me to my narrow escape from marrying the WRONG person. I'm not even saying anything bad about him, but we did not make a good match.

If you haven’t noticed (or maybe I’ve not said enough yet), I can be a bit hasty in my decision making. I suppose part of it is being bipolar, because when I’m in a manic phase, pretty much nothing is too big of a decision for me to jump all the way in. Including marriage to a man that I knew I didn’t want to marry or spend my life with.

I mentioned that Patrick and I met at 19 and that we broke up soon thereafter, in spite of both of us falling hard for each other. He was the one that did the dumping and I was beyond crushed. I spent a good solid month sleeping on my dad’s couch and sobbing pretty much every waking moment. My shred of hope that love existed or that I would ever find it was crushed.

After a month-ish, my dad started pushing me to get out of the house and"‘get over that asshole, he’s not worth it," etc. So I went job hunting. I couldn’t get hired anywhere for a while, but eventually ended up getting a job for this small local company run by two older men. Older men who liked to hire young girls to do their data entry and such. Older meaning around 34. That seemed really old to 19 year old me at the time.

One of those men took a particular interest in me and long story short, he helped me out by renting an apartment for me so I could stop living on my dad’s couch. Then, surprise, surprise, we started dating. He was very persistent and very convincing and I was in a place where I didn't need much of a push.

THEN I got pregnant and since he desperately wanted more children and wanted me to marry him, that was just wonderful in his eyes.

I, however, was still totally in love with Patrick. I had no hope that we would ever get back together, but I just didn’t feel that same ‘spark’ with the new guy. Not even close. He doted on me, did everything for me, we bought a house, but things were always off and on with us. I wanted that feeling I’d had with Patrick. I wanted the ‘real love’ thing and I didn’t feel it with this guy.

Regardless of my feelings on the matter, I was pregnant and knew that we would be together for at least 18 years in some capacity, because… well, raising a child with someone who loves kids is going to mean you have to have some sort of relationship with them.

Anyway, this guy (let’s just call him Baby Daddy) wanted me to marry him and asked all the time. I always said ‘no’ because some part of me was hoping that Patrick would come back into my life, as unlikely as I knew that was.

At some point, something triggered me into saying “Fine, let’s get married,” I think because it was Valentine’s day and I was feeling agitated and ‘why the hell not?’ (Perfect reason to get married, am I right?)

This guy immediately rushed me out to the car and we stopped at his BFF’s house to pick him up to be our witness before we raced to the courthouse to elope (before I could change my mind).

Well, said friend happened to be in the bath.

Baby Daddy pleaded, begged, yelled for his BFF to hurry the hell up and get OUT of the bath so we could make it to the courthouse before they closed… to no avail.

We missed the judge by mere minutes when we finally arrived at the courthouse and although we did file for a license, we couldn’t actually do anything about it that day. Baby Daddy was crushed, because he knew that when I woke up the next day, I would no longer be interested in getting married… and he was right. 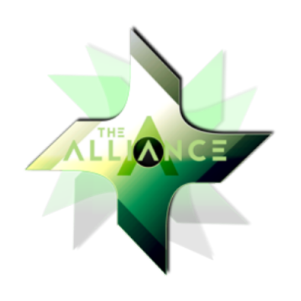 art and flair courtesy of @PegasusPhysics

Photos are mine except where they are credited to their source under the photos
. 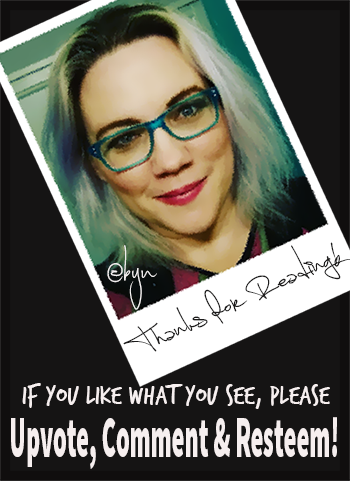 wow, that was a narrow escape...

What a great story. I wish that someone had been in a bath to stall my first wedding. What a disaster!

Ha! You get it, then. I can not tell you how often I thought about the fact that a bath saved me from that. Hell, saved both of us. He brought out the worst in me and I was not only unhappy, but I was horrible to him as well. I think we would have come to hate each other and it was much better as it was (even though I wouldn't say it was good)

It would have been a disaster because he brought out the worst in me... so yeah. Marriage and relationships are hard enough when you both absolutely love each other. The two of us were far too different. I still think he's a great person to talk to, but man... having kids together wasn't a great idea, so marriage would have probably been an even worse one!

Wow, I'm glad you got that escape, the both of you! I guess sometimes things work out in our favor, no? ;)

And since I know you'd love to get that keyboard cracking again, here's the latest prompt:
https://steemit.com/freewrite/@mariannewest/day-250-5-minute-freewrite-tuesday-prompt-core-values

Wow - maybe the friend knew deep down that it wasn't the right thing and kept on bathing because of that...
Glad you didn't get married... to him. Like you said, sometimes, people just don't fit together...

Congratulations @byn! You have completed some achievement on Steemit and have been rewarded with new badge(s) :

Phew, that was really close @byn!! So glad that his BFF took time with that bath particularly that day! Talking about coincidence, right?

It was definitely a lucky day for us, although it may not have seemed like it at the time.

Phew! That was close!

That just wasn't meant to be, was it?

You're very right. I'm just glad we were both saved the heartache of fighting through a divorce! I think that might have ruined whatever friendship we were able to leave with in the end. Congratulations! Keep up the great writing!