10 Best (Worst?) Things To Tell The Tax Man About Your Steem/Crypto Earnings 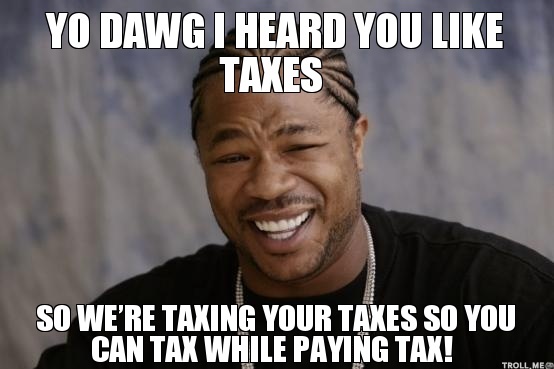 But, at least you get 48 more hours to spend with the artist formerly known as "your money."

It's that lovely time of the year in the US when the IRS comes a calling. This year, it's April 17th, owing to the weekend and holiday giving us two more days to procrastinate.

Of course, that means some ill-advised citizens will be scrambling to either cover an "unexpected" tax bill, or enjoying the soothing sounds of an audit later this or next year.

Don't be that guy.

So, in no particular order, here are the 10 best things (not really) to tell the IRS agent when he comes to point out something in your return.

(Note: The following is not intended as serious tax advice.)

#10. "Steem is a gift economy! There are all gifts! My gift-givers are all well within the $1 million of lifetime gifts given tax-free!" (Otherwise known as the @reko defense.)

#9. "Nobody sees my posts without a hefty serving of bidbot, so you can deduct huge proportions of my payouts as expenses!" (Best used by amateur [or better] accountants.)

#8. "Steem Power has no immediate cash value, much like an unvested stock option! After deducting the SBD from my payouts used for promotion all my payouts are SP, which makes them all a stock option I can choose to vest at any time, paying capital gains rather than income tax at the time of exercise, presuming that time is greated than 365 days in the future from the time of purchase, and based on the cost-basis at said time!" (Best used by even better accountants.) 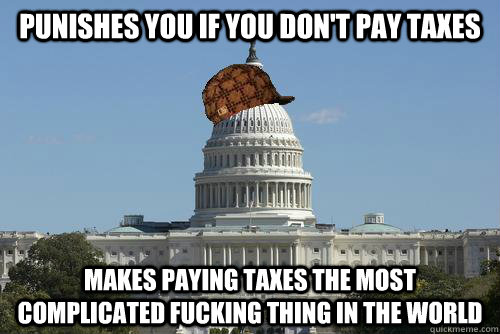 #7. "There's no gain until I convert to fiat, and I am a crypto hodler!" (Best used by the deep-pocketed.)

#6. "I moved to Puerto Rico like @SeanKing told me to a year ago, paying the permanent 4% tax on export services via legal tax decree! There's no reciprocal US tax!" (We all hate you now.)

Tell it to the hound.

#2. "I don't even use public services anyway, and we both know social security will not make it long enough to pay out to anyone who knows how to send a Bitcoin.* (This is just math.)

...and last, but not least, the #1 best thing to tell the IRS when they come sniffing around your Coinbase wallet is...

#10. "I lost all my Bitcoin to Craig Grant's siren song of Bitconnect, so I actually have a huge operating loss! I won't be paying taxes for years!"

Note: May actually work - "If your losses exceed your income from all sources for the year, you have a “net operating loss” (NOL for short). While it’s not pleasant to lose money, an NOL can reduce your tax liability for the current and future years." This 8-month-old image has never been more apropos.
Try SteemEngine and get rewarded for every follow or vote!
See my explanation of SteemEngine here.
Post via Busy.org for added exposure and upvotes from Busy!
See how to get extra votes from Busy.org here.

Click the Play button below and start listening to the audio version of this article.

Honestly I don't even know how to calculate Steemit taxes. It's literally impossible to calculate.

OMG that guys tax story is the worst thing I have ever read. Feel sorry for him!

I'll just leave this here. The link to the article is at the end. This is from the dotcom bubble when lots of people got hammered by accounting rules.

Chou used incentive stock options to buy about 100,000 Cisco shares last year, paying 5 to 10 cents for each share. At the time, Cisco stock was trading between $60 and $70 a share. The difference between the price he paid and what the shares were worth -- about $6.9 million -- is taxable to him as profit, even though he never sold the shares.

Chou could sell his shares now, but it wouldn't solve his problem. Cisco closed Thursday at $17.98 a share, which means that his stake is worth about $1.8 million. To pay his state and federal tax bill, he needs an additional $700,000.

taxes are way too high

Paid mine...or at least as much as I can calculate.

I prefer a Biblical one: Matthew 22:21 Jesus said "Render to Caesar the things that are Caesar's; and to God the things that are God's."
As we do not know the issuer of Bitcoin, yet, I think we must credit the issuance to God, thus it makes no sense to pay taxes (which I, of course, will do)

Render unto Satoshi that which is Satoshi's?

A wonderful and informative post that I benefited a lot

Lol, I just read the whole reddit thread that you linked and it's so despairing! I don't know what I would do in his situation. I'm fortunately in a country that doesn't regulate any of that and I'm also a cryptohodler, so nobody actually knows that I have had gains.

Besides, I've made it all organically on Steem without actually investing money (don't have funds to actually buy SBD, lol), so I think I'm safe.

But I know plenty of people from the US who will be declaring all of their crypto income to the IRS and it's such a mess. Some guy was asking me whether he should add every transaction that he made in the exchange or just the end result. I wouldn't know.

"Some guy was asking me whether he should add every transaction that he made in the exchange or just the end result."

Technically, every transaction is a taxable event with a different cost basis, and fees to be deducted.

It's literally too onerous to even be complied with.

Yes. Exactly. Just think of all those bots doing 100k tx's a day. No tax software to calculate. It's like expecting you to read the entire contents of the Library of Congress by April 15th. Simply impossible to be in compliance.

I'VE LIBERATED YOUR BUNNY DOG GIF. as part of my new tax plan. p.s. I object that they made my birthday the new tax day. I am not paying taxes for missiles nor on the money i invested in crypto, because why the fuck should I? Do wall street investers pay tax on the money they invest?

Yeah I'm totally using this as well. I don't advocate dressing animals up, but on this occasion it worked out well haha.

I thought of you when I used it.

my last dog was a chocolate lab. i'm not sure she was that much as a pig, but its funny...

Why tell the tax man anything about something they have no knowledge of? 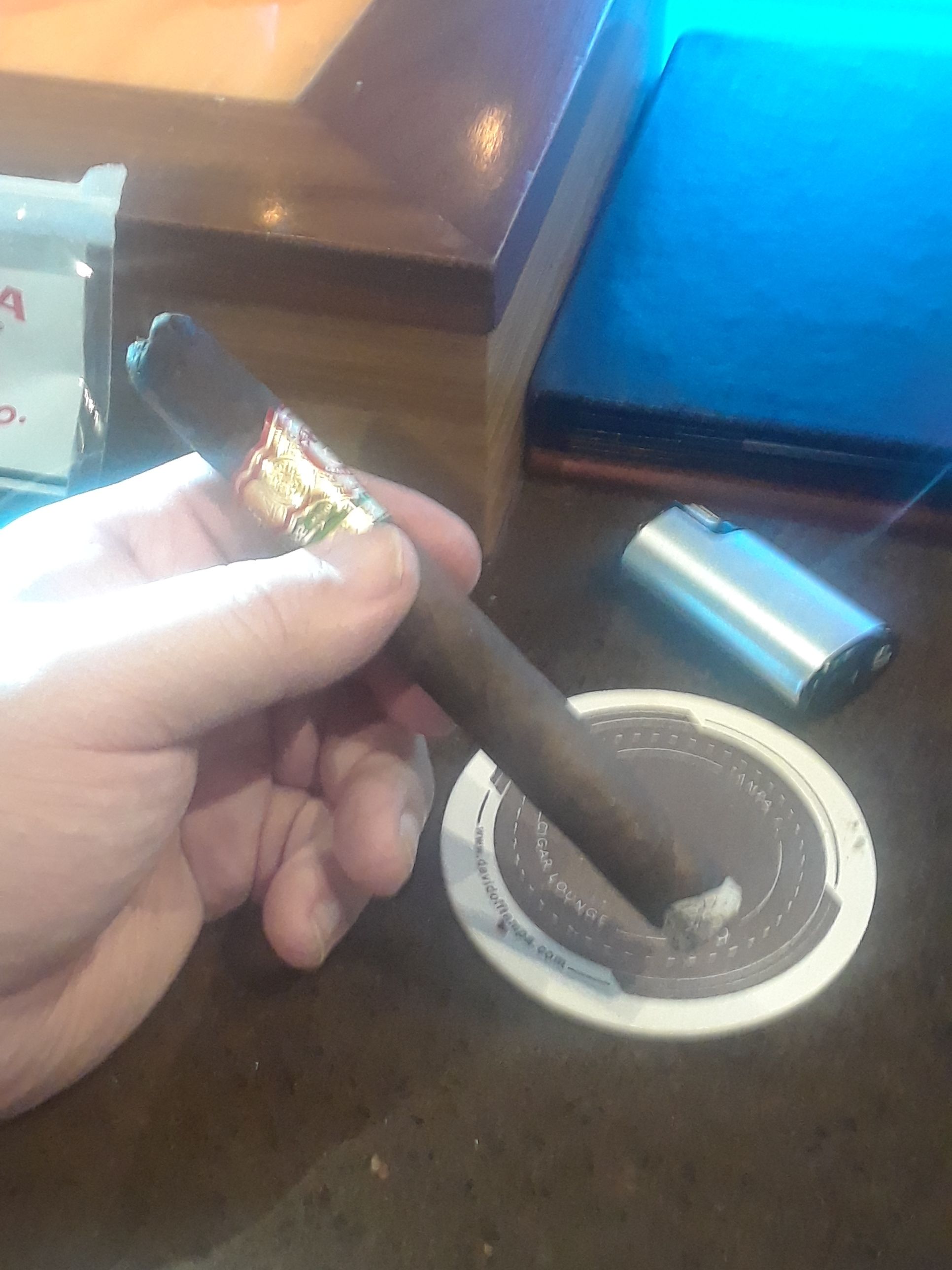 Around here he was: @lexiconical

If and when the time comes, I'm thinking "sorry man, lost my wallet" should do the trick...

That's always an option for the bold, whom fortune may favor.

lol
“Faint indecision brings its own delays,
Whole days are lost lamenting over days.
Are you in earnest? seize this very minute
What you can do, or think you can, begin it:
Boldness has genius, power, and magic in it.”

You are missing one great defense!

You have lost all your passwords/got hacked. :)

I'm new to steem and I'm trying to earn money. I enjoy writing as well as posting videos.

Lol thanks for the comic relief. I figure that the FEDERAL RESERVE makes FEDERAL RESERVE NOTES and anarchist coders in Detroit make steem. How does the IRS have any connection to steem? They should stick to what they know.

you are verry good

gif photos are very funny, but the content is very useful

I don't understand why it has to be so complicated. Here it's so easy, get a profit of more than 6000 Euros per year means you have to pay 20% income tax. That's it.

Where do u live?

Estonia. Keep in mind this holds true for individuals, if you run a registered company or smth. then it gets a bit more complicated, but it's still fairly simple in comparison to this US system. A side effect of keeping things simple has been very high payed taxes percentage. Since it's easy to understand people generally don't try to evade paying taxes - go figure.

Well here in Germany we have a ... I think it’s called degressive tax system.

Geez this is pretty serious @lexiconical. Thank you for the education stunner!!!

Yeah, I'm in minus all in all. Don't live in the US tho, but close enough to know that this NOL thing is working out well for the Trump and his likes

Trying to enjoy all post of steemit.wanna know more about this site.Wanna get a good profit from this site.Your content is a suggetion for me.I like it.Thanks for this kind of content.I hope will post more about steemit in future.

You got a 24.70% upvote from @postpromoter courtesy of @lexiconical!

now to think about it, i think i wil convert most of my surplus money to crypto to avoid tax.

Does that mean that we have to pay income tax also because we're trading crypto and we're here in steemit? That's BS! Whenever there's tax, there's always a problem.

Thanks, it is usefull. 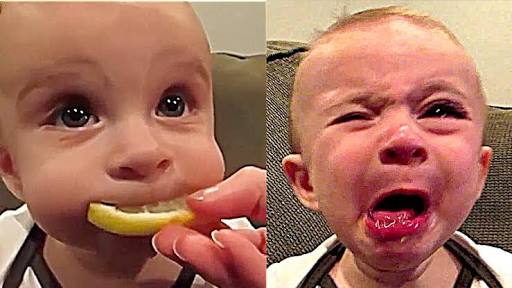