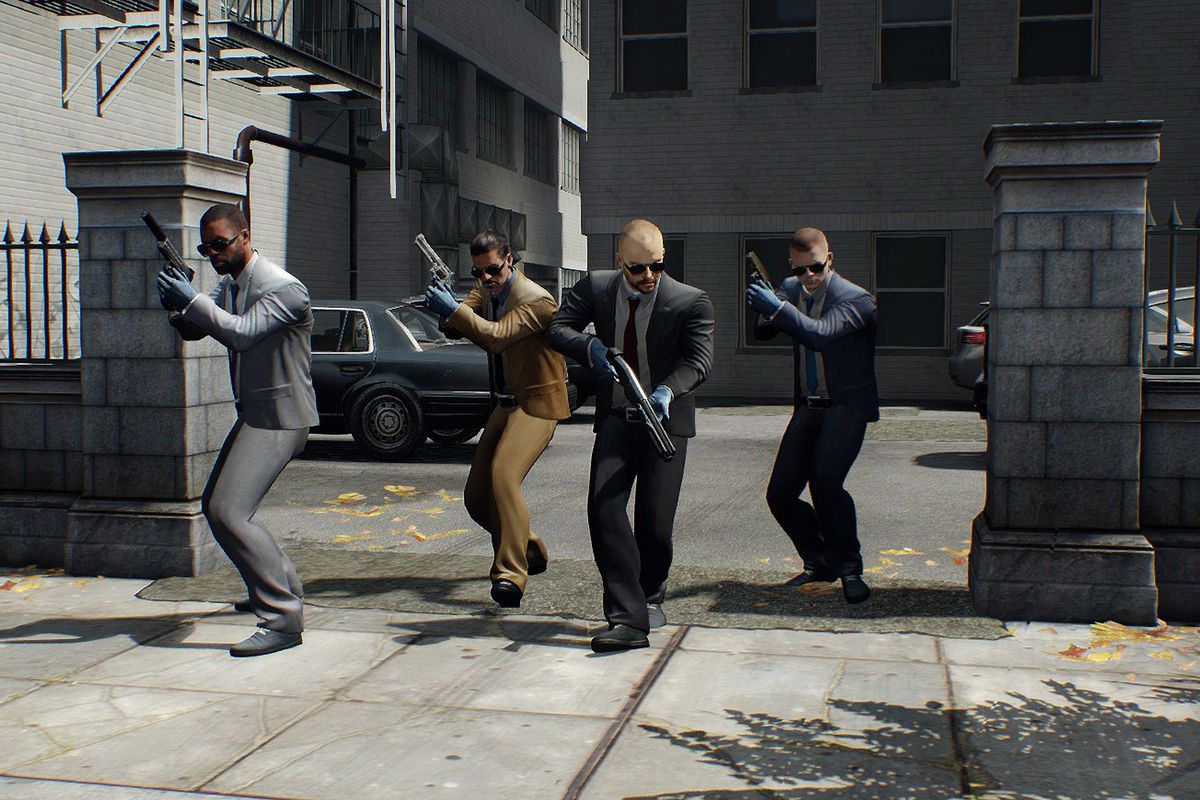 Payday 2 is free to download on Steam as of now. This is a special offer from Starbreeze Studios. You can download the game and keep it with yourself forever without the need of purchasing it.
The advantage which comes with the acquisition is that you’ll also get a free copy of the upcoming Payday VR. Payday VR is going to be available for free to every person who owns Payday 2. Thus, it’s like a buy one get one offer available for free. Additionally, individuals who own Payday 2 on Steam will be able to get future DLC packs of the game for free as well.
Payday 2: Ultimate Edition was supposed to release today; however, some complications postponed the release. Company’s global brand director Almir Listo says that they are working on removing some glitches. The edition will cost $44.99 including all DLC packs of Payday 2.
Payday 2 Gameplay
Payday 2 is an action 4-player co-op shooter game. A group of four players gets particular criminal jobs. They are supposed to execute these crimes in Washington DC. Illegal jobs include robbing banks, stealing money from convenience stores, kidnapping, cyber-crimes, etc. You can earn in-game money with the aid of these criminal activities and progress further ahead.
In a nutshell, the game allows gamers to become the most badass criminal on the planet Earth. The major feature of the game is the CRIMENET network, which allows players to browse through an extensive collection of contracts and contact with the local criminals giving the game a realistic feel. The heist depends upon the skills of the player, so it is recommended to choose the role of each player wisely. Customize your characters, choose your skills, play through dynamic scenarios with tons of weapons and own Washington DC with Payday 2.
This is a limited time offer which will expire soon. The number of free copies available is only 5 million. Many people have already downloaded the game. So, seize the deal as soon as possible here. However, don’t forget to hit the UpVote button!
Payday 2 System Requirements: Recommended
OS: Windows 10 (Minimum: Windows 7)
Processor: 2.3 GHz Intel Quad Core Processor (Minimum: 2 GHz Intel Dual Core Processor)
Memory: 8 GB RAM (Minimum: 4 GB RAM)
Graphics: Nvidia & AMD 1GB VRAM (Minimum: Nvidia & AMD 512MB VRAM)
DirectX®: 9.0c (Minimum: 9.0c)
Hard Drive: 45 GB HD space (Minimum: 31 GB HD space)
Sound: DirectX 9.0c compatible (Minimum: DirectX 9.0c compatible)

Great to know, thanks

I haven't played this in a while but it is an excellent game.