The Adventure Blog: Become a Better Game Master and Storyteller #6

decimus (63)in #gaming • 4 years ago (edited)
This is an article designed to help you set up an adventure blog to support your tabletop role playing games!

A long time ago, in a realm not unlike this one, my friends and I put together an adventure blog to help us dig a little deeper into our characters as we played through an old Forgotten Realms campaign. It was one of the most rewarding experiences we'd had in a role-playing game.

The purpose of the blog is for the players and the GM to write short stories, create character background, display art pieces, or to narrate your character perspectives in regards to the campaign you're playing. We're currently using a facebook group to write our stories.

It's not mandatory for anyone to reply, but the GM should reward players who do.

The rewards could be anything:

Not only is this a great way to flex groups your creative muscles, but it also helps bring the world to life.

Plus, when we're done with the adventure we can look back on the events that occurred, the ways your characters changed, and all the excitement of your adventure.

Here are two examples of some writing from ours: 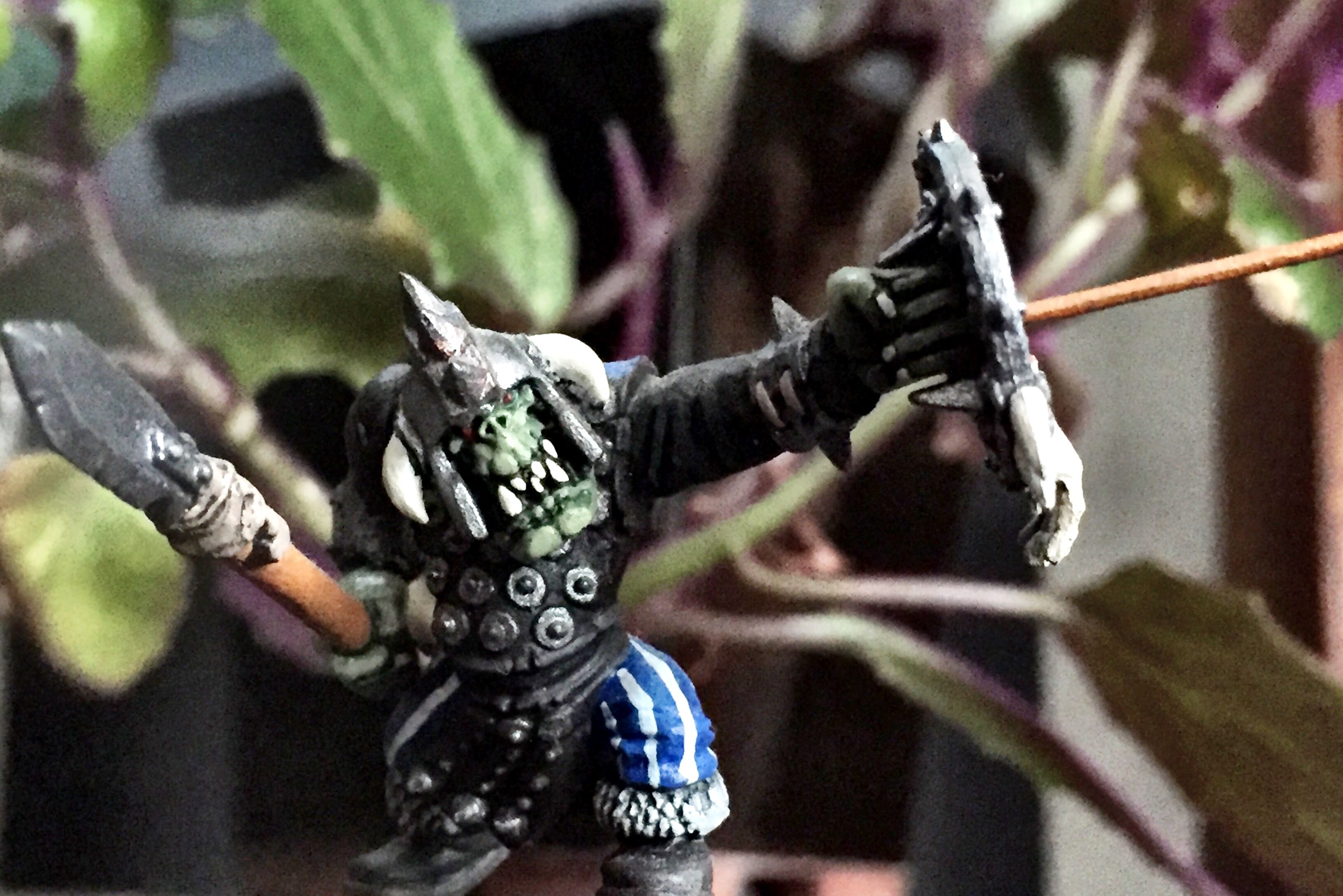 From The Diary of Garthok Renn:

Upon entering, I immediately gave the high priest 100 gold. I know it's not enough to build a large temple, but at least it could fortify the walls and keep the congregation warm in this magically induced cold snap.

I knew what needed to be done: I must double my efforts and loyalty to Gruumsh, and the only way I knew how, was to become his living eye! I spoke to the high priest about the ceremony, I knew the rituals and the highlight of it...to cut out my own right eye!

I kneeled at the altar and took the ceremonial dagger. Without a second thought, I cut out my own eye! For a moment, there was darkness. Then, my eyesight returned and I could see CLEARLY out of BOTH eyes. Gruumsh was pleased! I felt his strength surge through me like NEVER before! Now my path was clear: Destroy Bane, deliver my people, and terrorize the world of the elves for the glory of GRUUMSH!!!!

Jason Charles Miller, the person who played Garthok, was rewarded by our GM with his prestige class: Eye of Gruumsh. This piece is written from the perspective of an NPC named Rexus Victocora to a character named Khandar:

First, I'd like to thank you for remaining in Kintargo after the passing of your master, Khemet.

I want you to know that Laria and I have managed to retrieve his body from the Dottari. At great expense, we had Khemet's remains magically preserved and returned to your homeland where he will be cared for according to your burial traditions.

Sadly, most of his belongings were destroyed or stolen, but we did manage to recover his armor, which the Dottari, unfamiliar with the arms and armor of the southern nations, mistook for it padded clothing. You'll find inside the trunk beside your bed.

On a more personal note: I want you to know that this Kintargo - the one that took the life of Khemet - is not the Kintargo that I believe in.

Unshackle the city from the chains of House Thrune, and you will see a Kintargo that is vibrant, creative, and even inspiring. It's
unfortunate that you and your late master had to experience the city under these terrible conditions.

I am unsure how much of our history you know, but long ago the people of Cheliax worshiped a god named Aroden. The old texts, the ones that haven't been destroyed by house Thrune, say that Aroden was a god of culture.

I wonder if his death and the subsequent arrival of the Devils was our culture's great challenge. A gauntlet that we must fight through to become a greater nation. I wonder if this was Aroden's plan.

In any event, it is my hope that you will continue to help us as we reform the Silver Ravens and give the people of Kintargo the will to overcome this great cultural challenge.

I would love for you to one day be able to return to your ancient and wondrous civilization with the knowledge that Cheliax was on the road to peace, tolerance, and prosperity.

David, the player behind Khandar, wrote an excellent backstory piece. As the GM I felt it should be rewarded with something awesome. For his creativity, I gave him his master's magical armor.

I highly suggest, starting an adventure blog for your next game, both the Game Master and the players have only fantastic experiences to gain from working on such a creative supplement for the campaign.

Thanks for Reading,
Decimus

I love RPGs, but i can't be GM. I'm just too evil. I scraped 40 Arcanum background biographies for my last article yesterday, and kinda felt disappointed people care about flashy games nowadays, nothing to spark creativity and imagination. Great work Decimus, i enjoyed the read :)

All I can say is, "Thank you, Decimus!" I have found your blog and can't wait to begin my journey through your posts. I'm following you now.. * creepily scrolls through your blog *.

I'd love it if you'd be able to pay my page a visit, particularly to have a read of my D&D world- inspired saga, titled "Adventures in Elowyn Glade" all the way through issue VI - but don't read that one unless you're into spoiling the story!

ha..yes, I'm certainly making a mountain of assumptions - including that you'll sink your teeth (eyeballs?) into my writing..

I wish I was living in L.A so I could join your tabletop adventures.. alas, stuck in Australia!

All the best,
Nick

I wish I was in Australia, I love it there.