The Little Nightmares: review or How to Become a Sausage

Hi there! What a week it has been!

Seems like markets are on fire again. With their up and down games, playing with my emotions and trying to kill me with a heart attack!
How wonderful is it! But there is nothing we can do, just hodl your tokens hard! And pray to crypto Jesus so everything will be alright!

Let's just forget for a moment about all this silly stuff, we are here to enjoy ourselves and have a good time!
All I care is you guys and that's why I'm here writing this post – to try to entertain you with my brilliance so you can hold on in these worrisome times!
If I didn't care about you so much I wouldn't be here right now! What a humble and magnanimous person I am!

Frogmance and a dream, zZz:

So, exactly what frog kissed me today in the ass that I decided to make an article? Or was it me who kissed the frog, it will always remain a mystery!
Yesterday I had a dream... It was... more of a nightmare, actually!
I saw little people in hoodies. They tried to hide in fear from horrifying long-armed monsters, that wanted to humiliate and make sausages out of them. I tried to help them but all for nought. No matter how much they struggled, they've ended up as sausages!
There were no frogs though.

And when I woke up, first I was shocked. It's quite a unique experience to observe something like that! But later It reminded me of one game, that I've bought not long ago. The game that left a long-lasting mark on me - “Little Nightmares”. And that's exactly what I want to talk about today!

Down to business, a couple words about the game:

I've started following the game project long before the game has been released by their developers - Tarsier Studios. I was intrigued by the unusual design and well-made graphics, I was really curious about the world and I preordered the game instantly.
It's an indie game that was made in the contrast of cute and horror. Don't be deceived by the cuteness of the game, it can easily tickle your nerves or startle you just with the game atmosphere. The developers didn't lie about the “Nightmares” part. It's exactly the way it is. It's a very cruel, straightforward horror game that stands out proudly among other indie games. Slowly building up layers upon layers of horror that start scratching somewhere inside your soul. Showing the darkness that lies in all of us, undisguised.

You start as a tiny little fellow that has appeared in a cruel grotesque world. And everything seems to be much bigger than you are. It's not just bigger, it's humongous! You really seem to be forsaken by everyone and you try to understand what is going on. Of course, you don't get any answers, you don't know where you are or where you have to go. You just move forward, praying that in the end there might be a light of hope. But the more you play the more you understand that there is no hope, but misery that awaits you (Or not, it's for you to find out).
The greed that drives everyone crazy. The Insatiable hunger that destroys the last trace of humanity in all of the residents who doesn't look human anymore. And in the contrast, the little people hiding, starving.

Well. It's definitely not what you expect this game to be. As you progress further it becomes more and more horrifying. I really like the unknown aspect of the game, where you have a zero clue what's going on and have to interpret everything on your own. You will constantly question yourself. Did you do the right thing or was it wrong? How would you react if it was you instead of your character?

Pictures of the game from the steam community (Without spoilers): 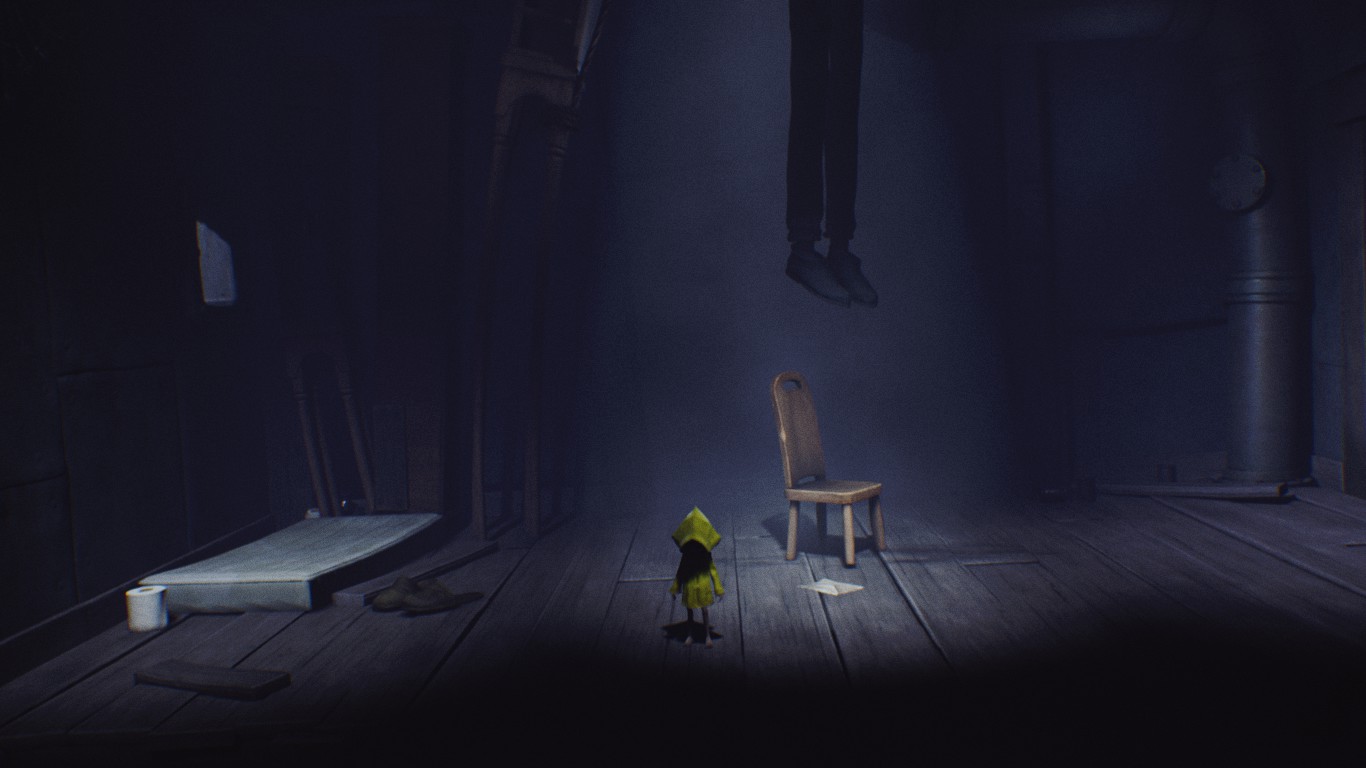 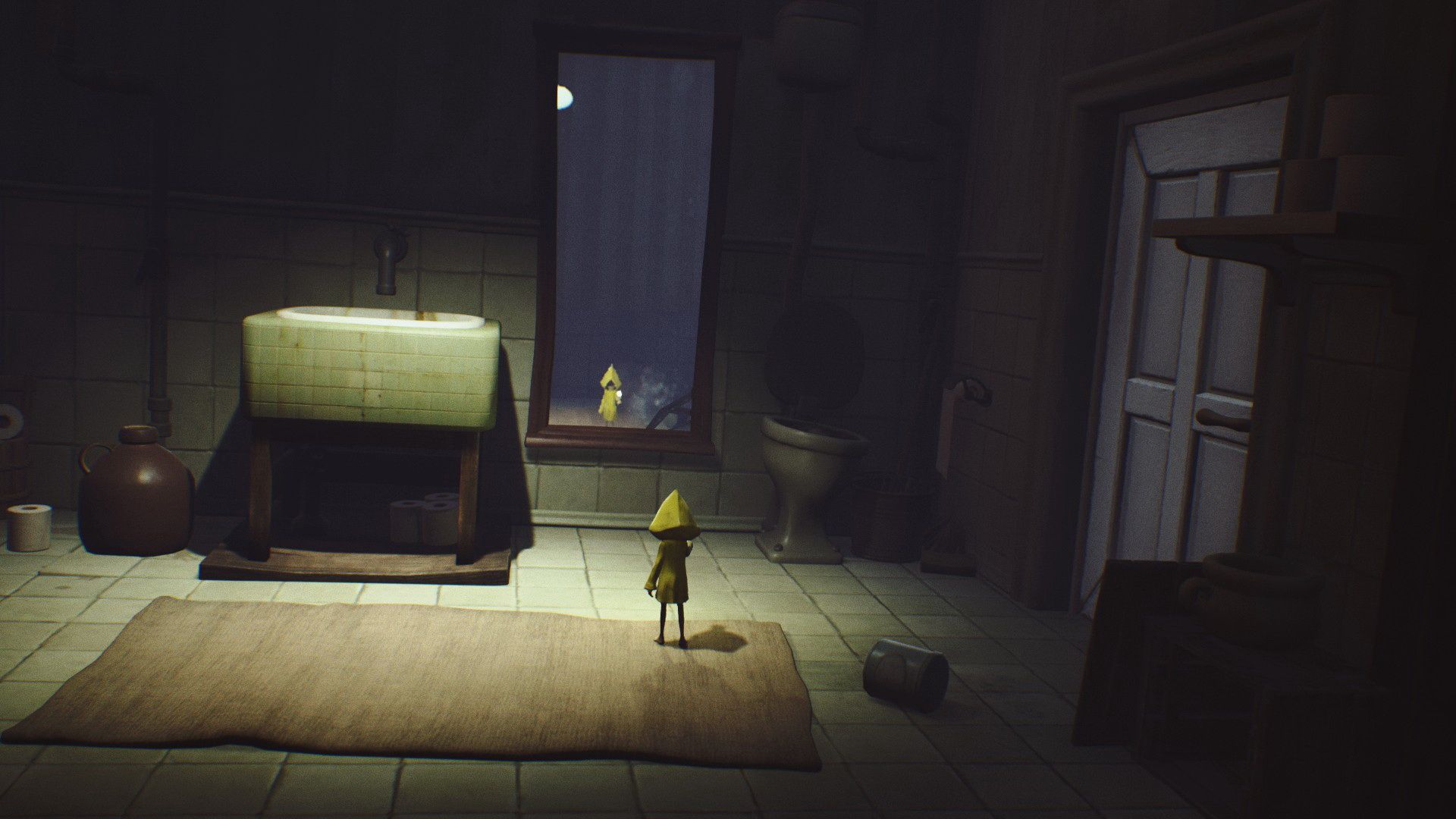 Anyway, it's one of the best indie games I've played so far. Definitely, it deserves to get attention from gaming community because of the amazing art and atmosphere that squeezes everyone's balls and doesn't let go until the end!
So I recommend to check it out!
I give it a solid rating of 9/10 potatoes.
Game link on Steam

Thank you guys so much for reading!
I'll see you in the next article and stay awesome! :D

Interesting dreams you have, I remember that one - it was indeed quite a unique experience! :d
I still have that strange feeling in my stomach each time I'm reminded of that game.

It's weird, I'm still trying to comprehend what happened there, eh :O

Ask anytime if you need it again or pm me on social media (About funds).
Uw :d

I'll keep it in mind, thanku thanku :D
But I really want to do on my own. I've already borrowed a lot from you :3

Damn I hate horrors but this game is so pretty and the atmosphere is just amazing. I remember when it came out how wowed were we looking at it.. looked unreal.

I have never played this game but after your presentation, I changed my mind. It is really interesting but I'm wondering if it will be good to play it on my stream or alone? What do you think about it? I mean my viewers like to watch action games where there is a lot of things to do.

Oh, wow, you're a popular streamer? That's cool :-)
The game is not bad for streaming but it needs you constantly to reflect your thoughts about the game.
And the themes in the game are very contradictional so it's not easy to keep conversation non-stop.
So it's more for experienced streamers.

I've never played this game, but it seems brutal! Note that it has good graphics and that the story is quite interesting. I think I'll put it on my wishlist. Waiting for Steam sales eheh

Keep up the good work : D

I'll help you to make your wishlist become humongous! :-)
I've bought so many of them from my wishlist but haven't even played through 5%, that's just sad.

Aahahah Let's see that eheh :D
Me neither! I have so many games to play and so short time :P

Adult life is the answer xD

You got a 3.19% upvote from @postpromoter courtesy of @sadpotato!

Thanks guys, appreciate it a lot :-)