SteemGamingCommunity - A group for gamers on Steam

Today I am here to announce something I've been thinking about for a while now. I see a lot of gamers on Steem nowadays and I've even played a couple of games with some fellow Steemians in the past. To avoid confusion I will refer to Steem as is but Steam as "SteamValve".

I've been thinking of ways to make it easier for Steemians that like to play or would like to start playing to connect with each other and I've come up with something that might make it a lot easier.

SteemGC is a group on SteamValve that I created to try and gather some gamers to play together. The idea is that once we have a few players I will also start creating events for matches and along the way even tournaments depending on the amount of interest.

If you are already part of a group, don't worry! You can be a part of multiple groups on SteamValve and even change your clan tag in between matches.

Also there is the issue of people living too far away from each other to play together but this is also easily fixed in the future by renting servers on e.g Counter-Strike: Global Offensive which is actually pretty affordable and holding the matches and/or tournaments on those.

As some of you might have noticed, when I play online I usually have the clan tag "Steemit.com" before my nickname. If you choose to join the new group the clan tag will be "SteemGC". To take a look at the group and request to join you can click on the link below to be redirected to the group page(To be able to join the group you are required to be registered on SteamValve).

I am still working on the group page and there will be updates coming shortly but I thought I would at least start with an announcement post to see how much interest there is. At the moment SteamValve offers a lot of functions for groups such as a discussions page, a chat room, announcements and also a scheduler for events. In the beginning this group will mainly be an easy way for everyone to find players for a full team when they want to play since this can be quite challenging sometimes. Also a fun little way of connecting with other Steemians that are also interested in gaming. With DLive there will also be the opportunity to stream said matches for other Steemians to watch.

The group will be restricted for now which means you can request to join from the link I provided earlier. The only requirement at the moment to join is that you have a SteamValve account and of course a Steemit account.

SteamValve changed their rules for group invites a while back and it's impossible to invite users that you are not friends with on the platform. Everyone who is interested can however go to the group page I provided and request to join.

I've planned to create a Discord channel for the group in the future and also a bunch of other great ideas that I have but first things first. If enough people join in there will be some tryout games being played shortly after.

The logo is only temporary and was made using "FlamingText" because I'm terrible at graphic design.

Please let me know what you think about this kind of an idea and if you are interested then click on the link and request to join. We'll be waiting for you.

If you have any ideas or tips that could improve this project then please let me know in the comments below or contact me on Steemit.chat! Looking forward to playing for the best team of Steem.

Hope you're all having a great week so far. 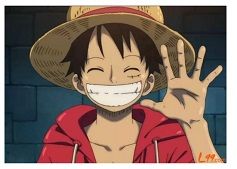 There are gamers like myself who are restricted to play for free games reason my country dont support most of the payment available via steam, the gift game option could come handy here.

Say set up a group where users can purcase games from steam via sbd.

So the idea is we send/transfer sbd to another user who is able to purchase game via steam and in return in purchase the game in form of gift for us.

This should widen the gaming community to those who are yet to have paid games.

That's a great idea. Didn't even think about restrictions like that. We have a chatroom here where I can create one chat for this purpose.

Join any time if you wanna try it out :)

Thanks for your input! I will keep this in mind and hopefully it will help you get some great games :)

would really appreciate that, currently on mobile would join immediately I switch to pc

If I had some free liquid money, I would help out.

The reason for region restrictions is this:

They have different price policies depending on the region!

This is one of the best things any global company could do. It is an example to be followed.

A game that costs five dollars in the US may cost the equivalent of 2 dollars in another country. This is due to different economies. A simple currency conversion would make games more expensive in developing countries.

Once people discovered that, they were taking advantage by using proxies or asking friends to buy games for them then sending the keys ...

They decided to do region block because this.

This is awesome, giving an opportunity for people to pay the right amount for a game, based on their local economy.

I would love to visit there. Great article!

Hopefully there will be an extension to other platforms such as Blizzard games perhaps? But I know that will be quite awhile since with SteamValve alone, it will be a handful. Hopefully soon maybe...

This is awesome by the way! Full on support!

I play some Blizzard games to actually so it might be a good idea. Maybe we can migrate to Discord instead and have chats for the different gaming platforms there! :)

This seems like a really great idea!
Combined with @dlive this could get pretty popular quick and we could even be forming esport teams for Steemians and stream on multiple platforms or at least broadcast them elsewhere too!

Will be fun to play with some other Steemians who decide to join!

Yeah I think it could be really great :D

Looking forward to some games

I've been streaming on Smashcast for over a year now. My streams are every Tuesday and Thursday, usually starting between 8-9PM, UTC-6. It's been a long, slow grind to gaining more viewers, but I'm finally starting to carve out my niche.

Smashcast supports teams like Twitch does, and their staff are pretty awesome people. Perhaps we could see some overlap with Steemians? I'd create a Steemian team on Smashcast for those of us who like to broadcast...

This is an awesome idea, I’d love to hang out with more fellow pc gamers!

You're welcome to join any time! :)

Very good news. I sent a request to join

I also like games. right now I'm always focused on the game and I've made posts about the game in these few hours. if you want to see my poating, I am very grateful to you

Hey! Sent a request to the group.

nice idea.Sudoku backgammon is recommended if you play any kind of game.

All games are very welcome! :D

You thought beautifully.As a gaming lover this band is great.Thanks for sharing my friend :)) @strawhat

Thank you :) means a lot

I’m down, I’ll request to join when I get home. Last night I started streaming my first real Skyrim play through, I’d be happy to join up with other steemians for some fun and games.

Sounds great man! :D and wow I wish I could unplay Skyrim just to play it again! Enjoy.

Just a couple of weeks and I will probably have a bit more time to play.
Right now busy with a lot of things((
But idea is good, I fully support it, man :D

Hi, I liked the idea of bringing all the gamers together, but what all games are included, do you have DOTA or any strategy games as well? Please keep me posted on this as I am very much interested.

Well it's pretty much up to the players what everyone wants to play :)

This is music to my ears :D
If we want to make Steemit even bigger and better this is exactly what is going to do just that!
Nothing better than connecting with fellow Steemians and playing games :)
great idea!

I'm comin dude wait for me, Just a sec. I have mount your friends and undertale on steam!

Great Idea you have just shared, Steemit community and morever games in it would be the best idea. Combining this with dtube would be a much more greater idea. Looking forward to it.

On my way @strawhat

Wow such a cool idea!! Im interested but so far I only have pubg but maybe I will buy some more games in the future tough.. I hope its not only for pro players??

Absolutely not :) and I think PUBG will be pretty popular too. I play it myself :)

Thats great man I already send request and would like to play some cs with you guys im waiting..

Im gonna eat some food now but we can meet at A long later tonight. :)

Excellent idea @strawhat. One I had myself but you went ahead and made it happen. I have sent a join request. Thank you!

Great! See ya there

Learn some new from your post. Love to read it.

well good it annouce in advance maybe it will help to ohter gamers to find with this tag @strawhat ...and good to read that you are still working on group page for all of them

Wise move, this would expand the steemit community and bring more gamers on board

This is an awesome idea. I am new here and was looking for some gaming friends :) I've done a post about few games, feel free to check it up!

seems a crazy idea a really wonderful one

Is there in the group League of Legens? @strawhat

Which server you are playing

Wow you are taking gaming to the next level on steemit :D

this is great investing sir and thanks for sharing this, this is something new to me.

This is an awesome idea, I’d love to hang out with more fellow pc gamers!that"s great to know upvote and resteem have a good day.

great one best of luck @Resteem

Really nice Idea Thanks for Sharing , i will join u now

Good idea! I would like to play Dota :) I'm waiting for upcoming posts..

Communities dogged each other awake @strawhat

That's a wonderful Steem Gaming Community system.
Thanks for share.

Nice initiative, I hope it works.

Very nice idea, I hope everything will work

I’m hopping on when I get home from vacation :)

Great initiative! Looking forward to the Blizzard games expansion as i mostly play Hearthstone these days. :)

@strawhat awesome write up man! Glad to see someone taking the initiative and getting the steemit gaming community off its feet! If your ever interested in a doing a live Q&A about #gaming and the #steemit platform let me know, maybe we can setup a #livestream on @dlive

send me also a link I make free download video of games this group really help me. waiting for your group link

i have just joined SGC on steamcommunity