As you all are aware that @spaminator started flagging the payout comments and brought all of them to $0.00, we tried to communicate with the person in authority and all of them refused to help and rather suggested that we need to change our method of generating reward pool. While I personally don't think that we are spamming the blockchain in anyway (at least not in the way some other projects are doing), but we have to deal with their downvotes.

Similarly, some people started flagging our posts which are actually original and get organic upvotes which further discouraged us to continue because the project's official earnings are around 4-5 STEEM a day through curation rewards (and that too when comments were not getting flagged). The other rewards for our development and maintenance cost such as PlayFab and Photon Cloud services come from these organic upvotes on announcement posts.

All of the above caused us to temporarily stop accepting shares conversion requests and stop generating any rewards for anyone (not even for delegators). We apologize to our delegators such as @tombstone, @donkeydelegator, @lukestokes, @bubke, @jschindler and all other delegators that we were unable to use your delegated SP for the past 3 weeks now and 1 week's comments were flagged by @spaminator which brought the rewards to $0.00. You may notice a decrease in your earnings due to the things explained above. 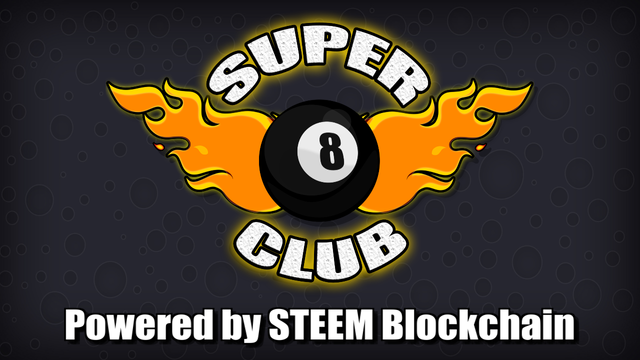 Here's a good news, I've been working on the development part of the game day and night. Due to some health issues caused by weather conditions, I was unable to work for around a week or a little more which made me delay the release of app update from 31st March to 14th April 2019. Most of the developmental work is completed and I'm just preparing to implement the new reward generation system.

I assure you that you'll be happy in the end because new features will make you feel amazing and you may become addictive of playing Super 8 Ball Club. Once again, I'd like to thank everyone including our delegators that you supported us and kept your support continue in this difficult time.

Hi there! I now have a new phone and am excited to be able to rejoin the community once more. Absolutely love this game and your commitment is second to none. Disgusted to hear how you've been flagged by @spaminator as your game is much more worthy than drugwars, a game that has completely flooded the pages. Regardless of the dumbass politics within steemit I will soon be downloading your app to my phone and delegating once more. Hope you get better soon @princewahaj.

First of all, congratulations on your new phone and let me warmly welcome you once again. I'm speechless! Your comment just motivated me to do even more for the game and the community. Yes, it's a shame how they are misusing the INC's delegated SP because, in their opinion, we are creating spam comments (when it is wrapped in a single post without flooding anyone's feed). Hopefully the new solution could bring PEACE for all of us.

Again, your calm response to this situation is exemplary, bravo. I really hope the best for you.
Im having a little trouble finding your app, could you point me in the right direction please.

As for the app, I've just released the new version today so probably it's not showing up in Play Store search properly. It should become normal again soon. A detailed announcement post is coming up because of many new features and reward structure changes.

Great to see @super8ballclub is making a come back! It's such a great game. It's a shame about the down votes. Look forward to see what the new rewards system will be.

Thanks a lot for your support. I'm sure that you'll love the new upcoming app update. ;)

I’m deeply sorry for your health condition, but as well glad to you’re getting back to your feet and has started working on your beautiful project.

always hope for the best to this community and of course for you @PrinceWahaj. i appreciate so much every single thing you do for this game.
may الله always bless you and your family.