Living in a free and democratic country?

Apart from a few short times I have been living in Germany my whole life. And all my life I thought, that I live in a country, that was free and democratic. But during the last couple of years things have changed.

And no - it is NOT because of the immigrants. But there is a correlation nonetheless. Since our Chancellor open our borders hundreds of thousand foreign people came to Germany. Some because of a war, some because they are persecuted - but most came because they want a better life. I can understand all of them because I want peace, freedom and a good life for me and my family.

So they came to a country that promised them all that: peace, freedom and a good life. Only to find out that there are no jobs for them, that they have to compete for charity with the poor that already lived here. And of course they are not happy about that. They demand that the promises made to them be fulfilled.

What a farce. Countless lies were being told to ALL people. And the government is still lying to everybody. 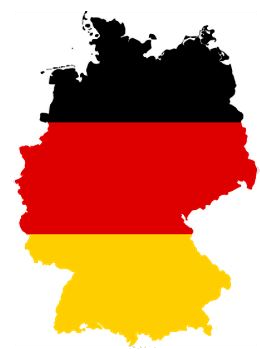 It is clear, that something has to be done. But what can be done to appease angry immigrants and angry Germans alike? The government does what it has done all along - nothing. The talk a lot, acknowledge some probleme while ignoring others and do nothing. And any criticism is slurred as racial discrimination.

There is a new law, that claims all the above are hate speech and one can be prosecuted and even send to prison. Is that consistent with a free and democratic county? I think not.

Yes, we do have xenophobic people in Germany. And yes, under the current situation they are coming out of their holes to mouth their hateful opinions. But that is not the majority. Not yet.

But if free speech is classified as hate speech, things could change. Germany could turn from a country in which "we live well and happily" (as the Chancellor Angela Merkel put it) to a country where fear and hate predominate.