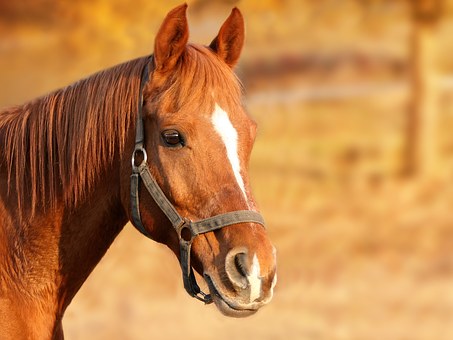 Whether you plan to learn to ride English or Western, before you begin to ride you will need to learn the skills necessary to prepare the horse. And you need to be prepared also. You will have a lot of physical and mental stress in riding a horse. You will be up to it if you do not try to become a fit rider overnight. The more you ride, the stronger you will get. That is why there will be things you cannot do initially, but later you will find the same things very easy. Go slowly. Don’t expect too much too soon from your horse or from yourself.

It is time to look into another story about youngsters your age and how they began on this wonderful experience of learning to ride a horse.

Two friends, Marcy and Jennifer, received quarter horses at the same time. Jennifer lived on a small acreage and had never ridden before receiving her horse. Marcy had just moved to a ranch with a large 5 stall barn and another small barn just big enough for 2 stalls. Marcy had never ridden before either, but her mother had ridden prior to her marriage. The girls were to keep their mares in Marcy’s small barn and planned on learning to ride together. Jennifer’s horse was Slo Poke and Marcy’s horse was Fanciful.

Both girls were anxious to begin at once riding through the meadows and into the mountains surrounding their homes. Since they wanted to trail ride, they had decided to ride Western instead of English, so their parents had bought them the appropriate tack.

The first weekend that they both arrived at the small barn, Marcy’s mother was there with a notebook of papers and a table and chairs for the girls. The first paper was a picture of a horse with 55 parts of a horse named and with arrows pointing to those 55 parts of the horse. Marcy’s mother told the girls the picture would hang in the barn as they might need to communicate with the vet or farrier if they had any questions about either horse. “Why would we want to do that?” Asked Jennifer. “Because your horse is your responsibility!”

Marcy’s mother left and said she would be right back. Both girls looked at each other and frowned. This was going to be more difficult than they had thought.

But Jennifer remembered how her mother had said the same thing about her dog when she first got him – that he was her responsibility. “I was the first to notice him limping away from a tussle with another dog, and a quick trip to the vet changed the way we let him play with other dogs. The vet said I might have saved him from going lame.”
Okay, said Marcy – “I am willing to be responsible, but what do you think is in all those papers mom brought?”

When Marcy’s mom came back, she had gloves on. From the tack room she took a halter and fastened a lead rope to the halter. She entered one stall and put on the halter, calling out to the girls, “I will bring Slo Poke out and we will groom her.”

“Nope before you can ride, you have to groom your horse. What if Slo Poke had a burr on her back and you put a saddle over that burr? Grooming is very necessary for stable horses. Did you know that horses that live in pastures do some grooming themselves by rubbing on trees and fences and rolling? Grooming will be important before and after you ride.”

She tied the lead rope to a metal fence post just outside the barn at about the height of Slo Poik’s withers (the highest point of a horse’s back).

“I used a quick release knot (1) in case Slo Poke might bolt. This knot becomes undone easily if you pull on the loose end.

Also, be sure you stand to one side or the other, so if Slo Poke moves or becomes agitated you won’t get kicked. And never try to cross in front of a tied horse as you might get tangled in the lead rope.”

“How do we get from one side to the other?” asked Jennifer. “Just go far enough back so she can’t reach you to kick. And be ready to move if Slo Poke is startled.”

The girls could not believe when Marcy’s mom ran her hand down Slo Pokes leg and squeezed the horse’s tendon (leg tissue connecting muscle to bone). Slo Poke lifted her foot immediately. And then Marcy’s mom removed dirt, rocks and debris. “I wouldn’t want all that in my shoes,” Jennifer said. “Thanks for cleaning that out – I can see why you need gloves.”

Then she used a rubber curry comb in short circular motions. “This is like giving your horse a massage!” And finally, she used a hard bristle brush to take off the dirt that the curry comb removed. As she continued the grooming, Marcy’s mom said, “Clean the horse’s face and legs with a soft towel and brush out the mane and tail. Make sure to talk to the horse to keep her attention on you. You may want to spray the horse with fly spray and be careful to avoid the face.”

The girls put Slo Poke back in her stall and brought out Fanciful. Marcy’s mother showed them the quick release knot and each girl made sure she could tie the knot. Then they groomed Fanciful in the same way they had learned to groom Slo Poke.

As the girls busily groomed Fanciful, Marcy’s mom told them several stories about youngsters who were hurt in horse accidents that could have been prevented. “Those youngsters had no preliminary training and they were not ready to ride.”

When the 2nd horse was groomed, there was no time left to ride, but by then the girls had accepted the fact that there would still be more preliminary skills to be learned.

“Sorry girls it’s time to leave,” Marcy’s mother said as she gave them each two sheets – one on Parts of the Horse and one on Grooming.

Both girls whispered, “Oh, so now we know what is in the notebook!”

Practice with the lead rope first without attaching it to your horse. The snap end will be attached to your horse after you have mastered the knot.

Facing the post hold the lead rope (loose end) in your right hand.

As you face the post, cross your loose end rope all the way under the snap end rope.

And with that same loose end rope pull a loop up through that circle. Pull that loop up at least 9 or 10 inches.
Pull the snap end rope tight against the post.

To release the knot, pull on the loose end and the knot should come undone easily.