And the first place wins... Bitcoin! 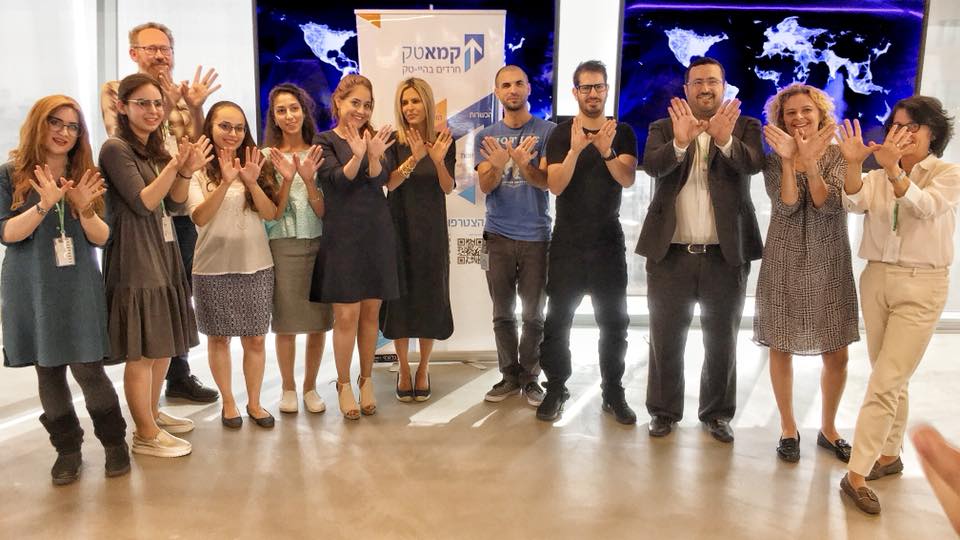 About a month ago, I participated in a first of a kind hackathon, which was targeting the ultra-religious community in Israel.
It took place in Facebook office in TLV, and the theme was creating applications using Sefaria platform - a non-profit organization, assembles a free living library of Jewish texts and their interconnections, in Hebrew and in translation.

I helped requiting women - in such events you see really small amount of women, like in the tech industry. It was more challenging here, because Haredi women, even the ones that work in tech, usually refrain from participating in such events, they feel it's more of a social event, and it's uncomfortable for them - moreover, they work for livelihood, not for developing a career, so such events seems non-related for them.
I really wanted to bring as much women as possible - as a frequent hackathons participant myself, I know how good and influential it is - I feel it gives the extra edge, excitement, enjoyment to the monotonic work.
My work payed out, and there was about 30% female participants! Wanted to make it less male-governed

Since I had that motive, I didn't prepare, and came without ideas or a group, and just start working with few friends and some I met there. We created a free search engine, which gives you a verse from the bible (the specific chapter of the week - called the Parashah) related to your search, using NLP to understand your meaning, and sentiment analysis to match the result to the sentiment of the search. 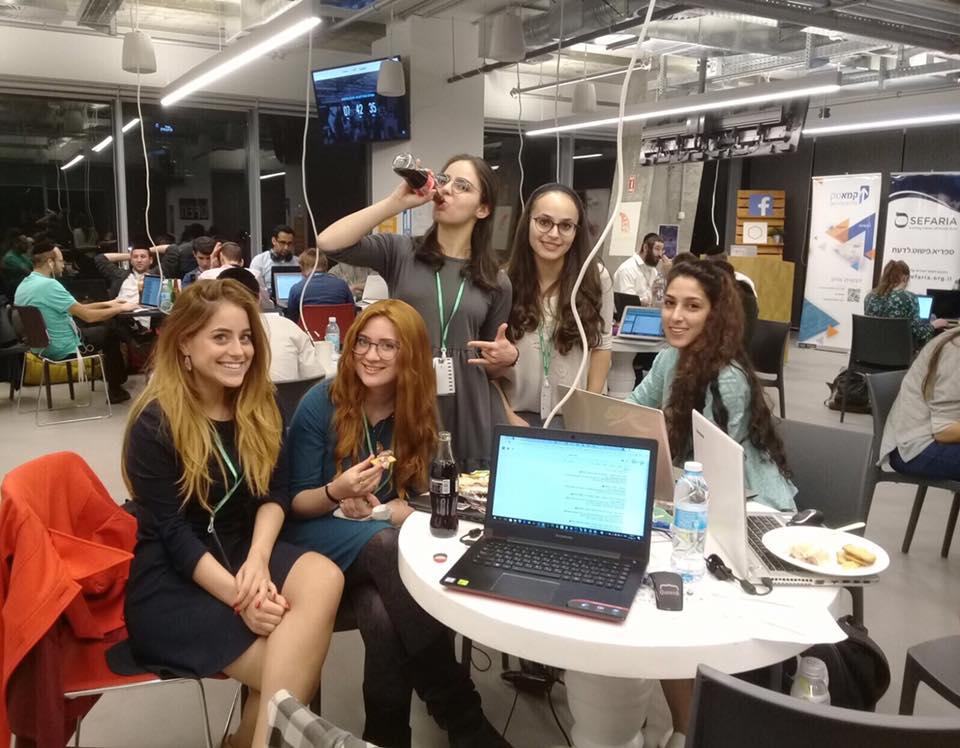 My team in the middle of the night

And we won! first place! I was shocked. I really didn't think it would happen. Usually I come prepared and plan to win, but then it was all on the spot. And the reward was bitcoin! one, unfortunately, and it was divided for the 5 members of our team, but still, it's much more than other hackathons.

The reward donator is Moshe Hogeg, and one of the judges was Adi Soffer-Teeni - the GM of Facebook Israel, I got to shake their hands, I'm very proud of that... Thank you! I'm really happy to get such a compliment, especially from you :-)

Just one little tip: you're using 4 tags and I am not sure they're the best ones. Use 5. I would go with: hackathon dev israel blog bitcoin . Facebook and "religious" are not related to the topic enough.

Congratulations on winning
You did a great job @noogler.

WELCOME to #STEEMIT..,I am also a beginner in steemit,I hope we can work together,I am sure you are a great writer,so you show all your works in this #STEEMIT ,if you like short story,follow me @rizal.aceh, Now i am in the process of writing a short story that i will post on the #STEEMIT platform..Thanks for your

Congratulations @noogler! You have completed some achievement on Steemit and have been rewarded with new badge(s) :

Notifications have been disabled. Sorry if I bothered you.
To reactivate notifications, drop me a comment with the word NOTIFY

The name of your team was bitcoin? Good choice! Glad you won. You wrote a search engine? Were all of you programmers, or just one? Also, it was a great initiative to try and get girls involved in this. Judging by the photos, looks like you succeeded big time.

Oh, I wasn't writing so clearly, the prize was a bitcoin, Our groups name was #Vort - a Yiddish word for a short verse.
We were all programmers :-)
Thank you!

One bitcoin was quite a prize! What are the plans for the bitcoin?

I'm really debating it. My initial instinct is to keep it, but everybody says I should sell it :-/