This is the top 10 Scary Crimes Committed On Halloween 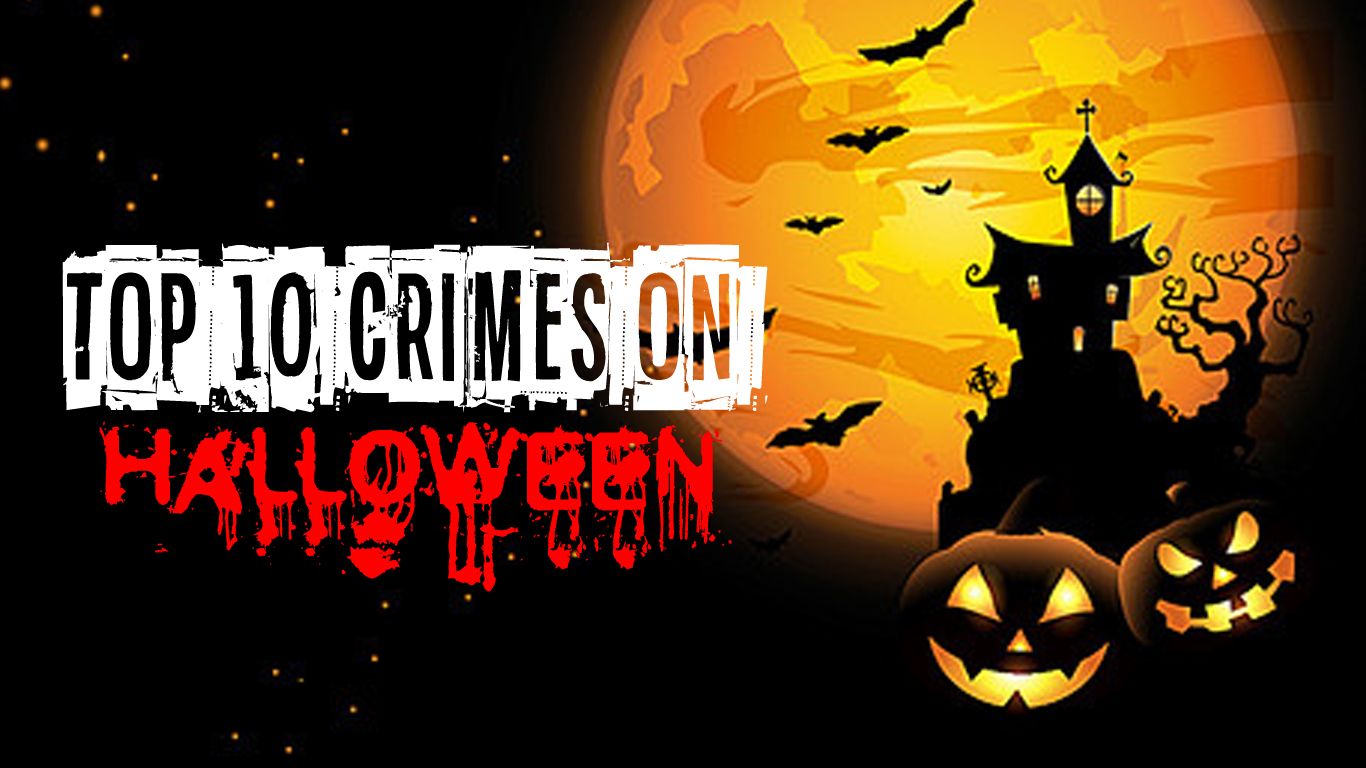 This is the Top 10 Scary Crimes Committed On Halloween. On Halloween 2011, this 18 year old headed out to a party. She never came home. She was found with fatal head wounds by the side of a railway - she later died in hospital. She had been texting her boyfriend while walking to her party and in one of the last few texts, she said she was -being creeped- by someone beside her.

That someone turned out to be Matthew Foerester. He had intended to rape her but smashed her head with a flashlight when she fought back. Fortunately, his DNA was found under her fingernails which helped bring the conviction. 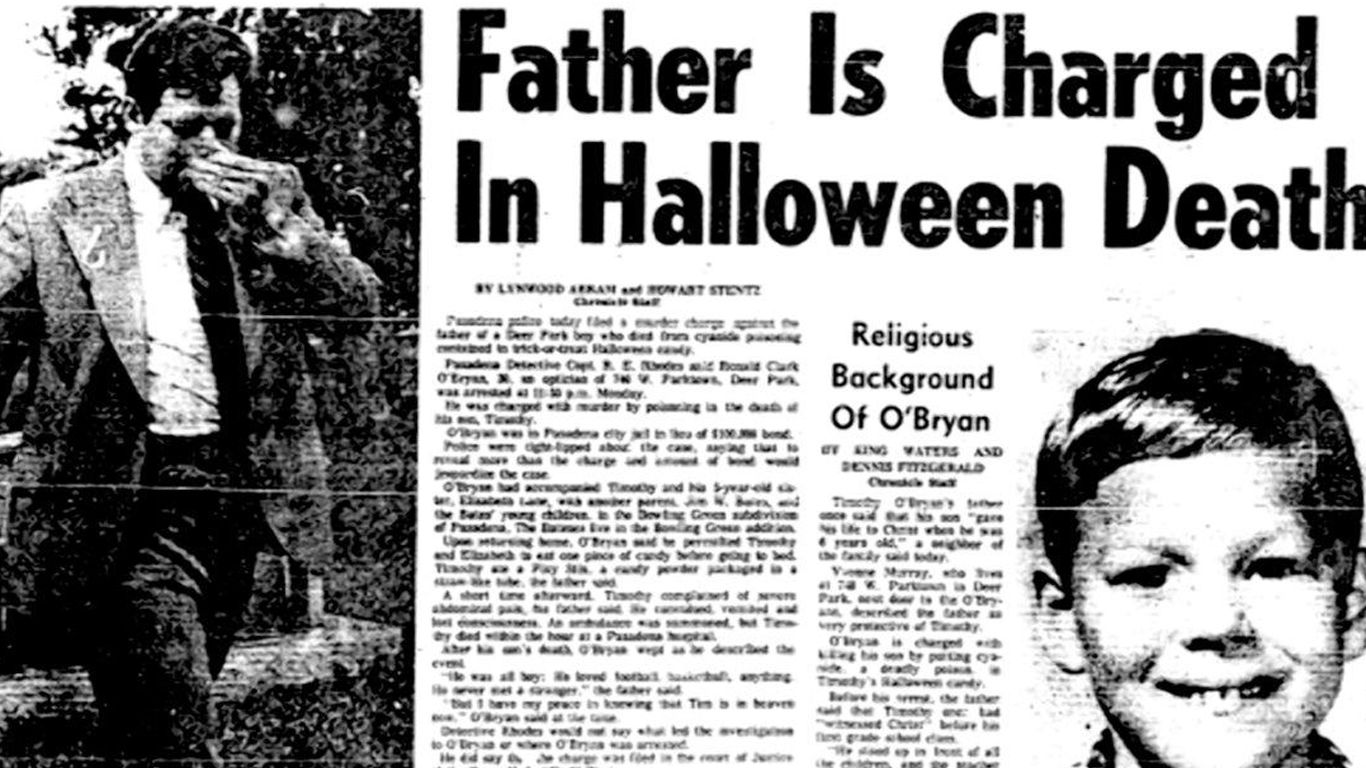 On Halloween 1974, 8 year old Timothy O’Bryan from Texas tried some of his trick or treat candy. It was a pack of Pixy Stix - a powdered candy. He tasted it and said it was bitter. Then he said his stomach hurt and began vomiting and convulsing. He died on the way to hospital less than an hour after eating the candy.

It took the police a while but they eventually found the killer - Timothys Father – Ronald Obryan. He had laced the candy with cyanide, hoping to kill Timothy and claim 30,000 dollars on a life insurance policy he had taken out in his name. He was executed 10 years later. In 1992, this 16 year old Japanese exchange student was living in Baton Rouge as part of an exchange programme. He was invited to a halloween party on October 17th. He arrived at the wrong house and rang the doorbell. After no answer, he and his friend walked back to his car.

Thats when the owner of the home, Rodney Pe-airs, opened the door armed with a magnum revolver. Yoshihiro turned around and said -were here for the party- as he walked towards him. Rodney told him to not come any closer and when he did, he shot him at point black range, killing him.

He was acquitted of murder after his defence team argued he was defending his home but was forced to pay 650,000 to Yoshihiros family in damages. 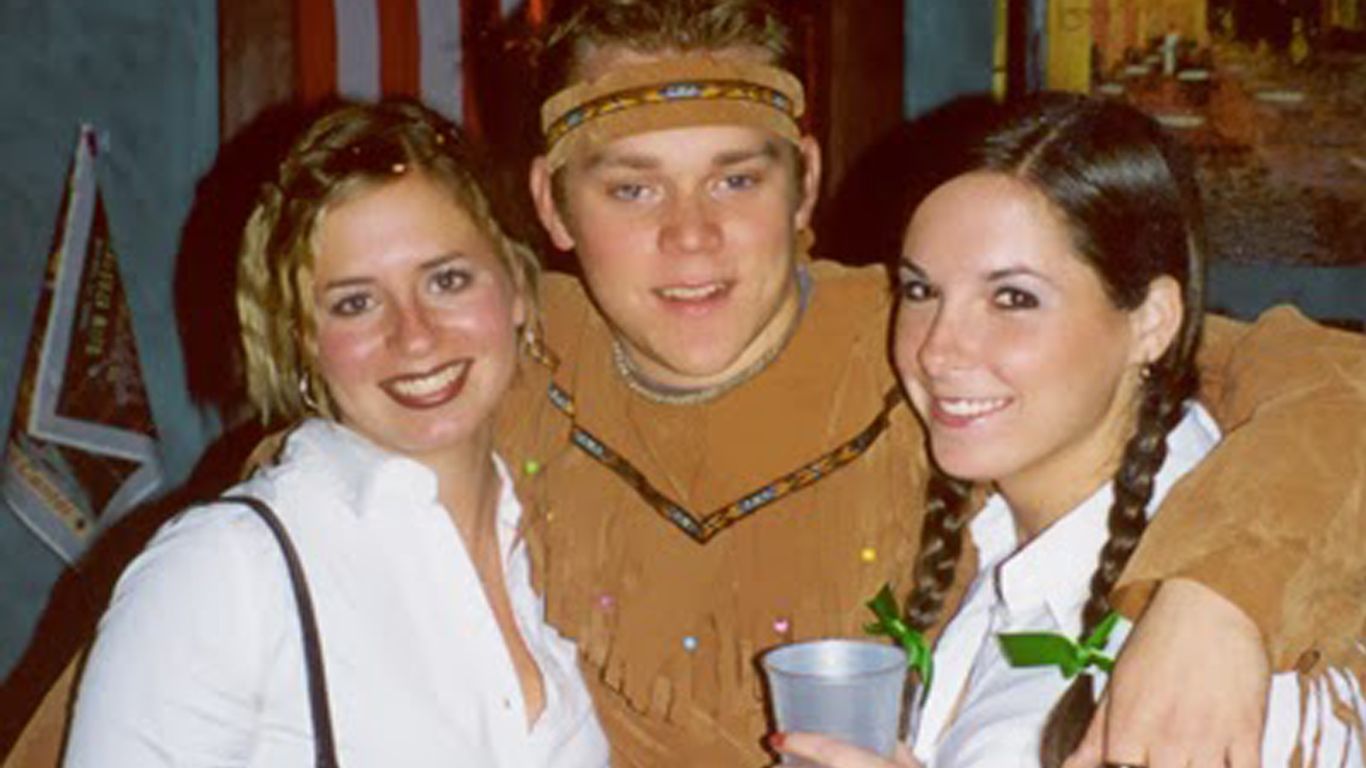 This 21 year old was at a Halloween party in a Minneapolis bar in 2002. He never made it home and disappeared that night. 4 months later, his body was found in the Mississippi River, still wearing his Halloween costume. Chris thought that because he was drunk last night and the cause of death was drowning - it must have been an accident or suicide.

His parents refused to believe this though and in 2006 it was reclassified as a homicide. This brought them no closer though to identifying the killer. One theory is that this is part of the Smiley Face Murders which have involved the death of 40 male college students in the US, all from drowning and sometimes with a smiley face graffiti near their body. Either way, the case is still unsolved. This is a tragic story of a 7 year old who was out trick or treating on Halloween 1994. He was with his sister, aunt and mother when he approached a street corner. Suddenly, a hooded man ran into the street and fired a gun at the family. He then jumped into a waiting car and fled.

Tony was shot in the head and later died. The case was a total mystery. There were no motives. No suspects and no leads. A man had shot and killed a 7 year old for seemingly no reason at all. In the years since then, the case has remained cold. There is a 100,000 dollar reward for any information that could help the investigation. 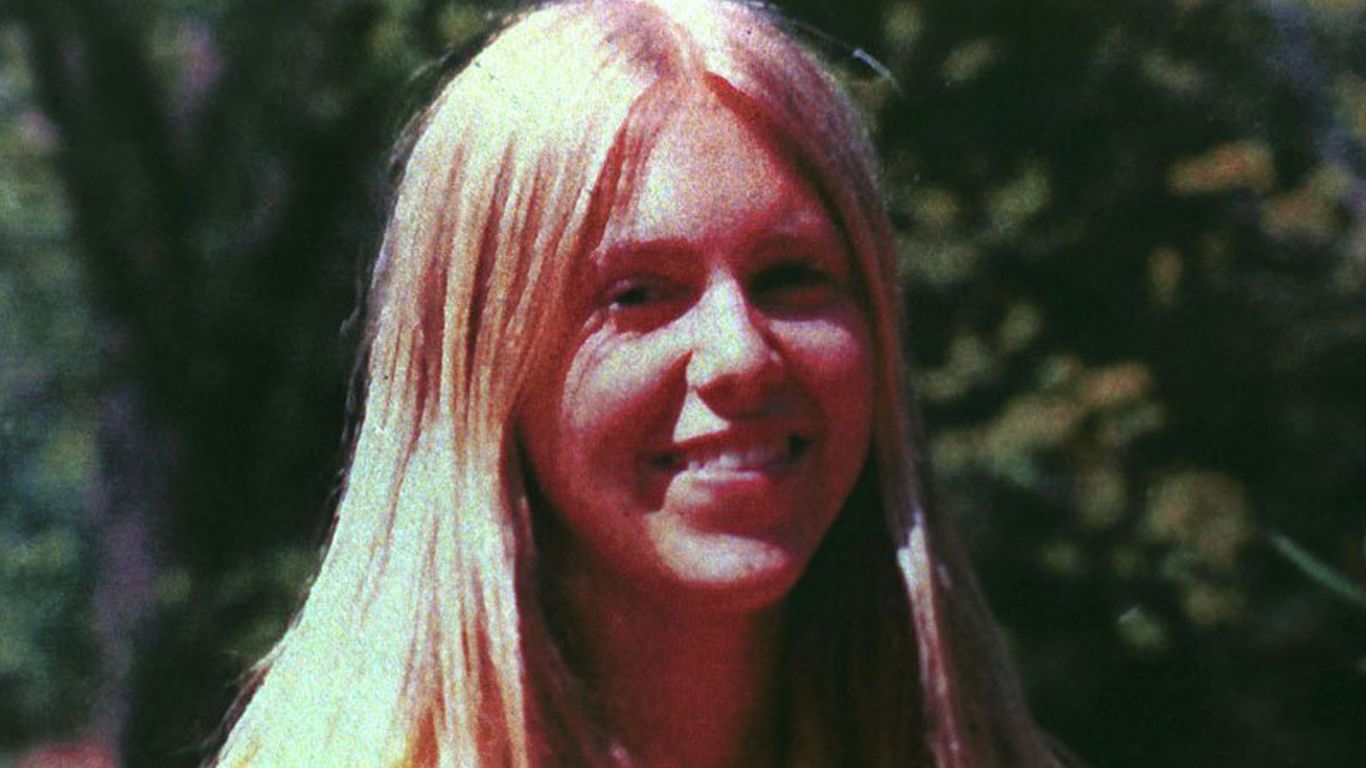 The night before Halloween 1975, this 15 year old went to a party. On the morning of Halloween, her body was found under a tree, mangled by a golf club. The case went cold for 25 years until Michael Skakel was charged with her murder. By that time, he was 40 years old. He was sentenced to 20 years to life in prison.

A year later he appealed to the supreme court citing prosecutorial misconduct. He was allowed out on bail in 2013 but in late 2016, the supreme court reinstated his murder conviction. He still pleads his innocence. On the night of Halloween 2004, roommates Leslie Mazzara, Adirane Insogna and Lauren Meanza went to bed after a quiet night of handing out candy. Lauren woke up at 1 AM to the sound of a scuffle in the house. She panicked and ran into her backyard to hide.

It was then that she saw a man climb out of a window in the house. She waited till he was gone and went back upstairs - only to find her roommates had been brutally killed. Over 1,500 people were interviewed including one of their friends - Lily Prudhome.

She was innocent but her boyfriend, Eric Copple, was suspicious, having refused to give a DNA sample. A year after the crime - he finally confessed to the double murder but gave no reason for why he did it. He is now serving life in prison with no chance of parole. 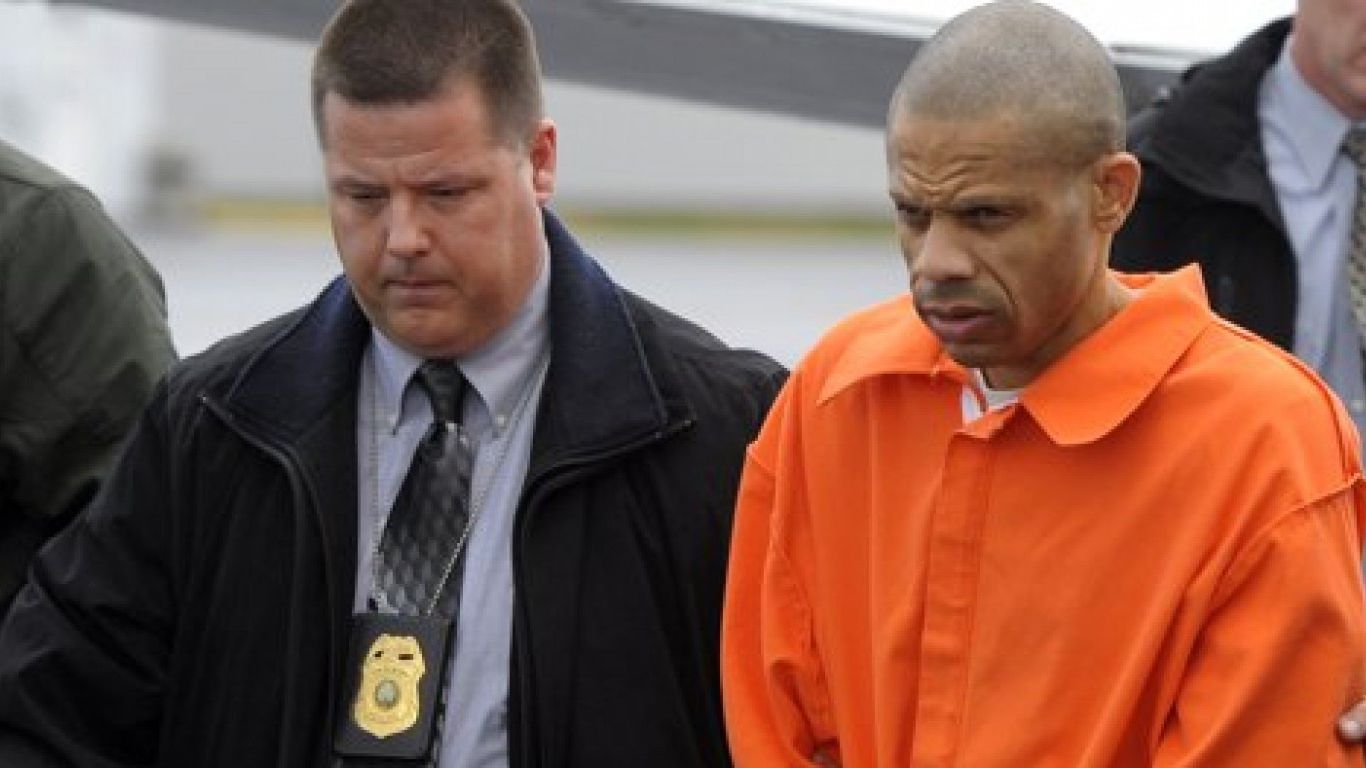 In 2009, 3 teenage girls in Virginia were abducted by a man with a gun on their way from trick or treating on Halloween. It happened as they were crossing a car park, they were taken at gunpoint to a wooded area where two of them were sexually assaulted. Incredibly, the 3rd girl managed to send a text to her Mum giving their location and telling her to call 911.

This caused the man to run but he couldn’t hide. It took 2 years but police finally arrested Aaron Thomas, a man already a suspect in a dozens of sexual assaults going back over a decade. As long as trick or treated has been around, so has egging. If some kids dont get what they want, they throw eggs at people. Its not nice but it still happens. Thats what happened to Karl Jackson on Halloween 1998. On that night, he was driving with his girlfriend to pick up her son from a kids party.

He drove past some teenagers who threw eggs at his car. Karl got out and started arguing with them, understandably. He got back in the car. One of the teenagers then pulled out a gun and shot him once in the head, killing him. 17 year old Curtis Jackson was sentenced to 20 years in prison.

Every Halloween he gets a card delivered to him in prison. Its from Karls mother and simply reads – Im glad youre still there …- 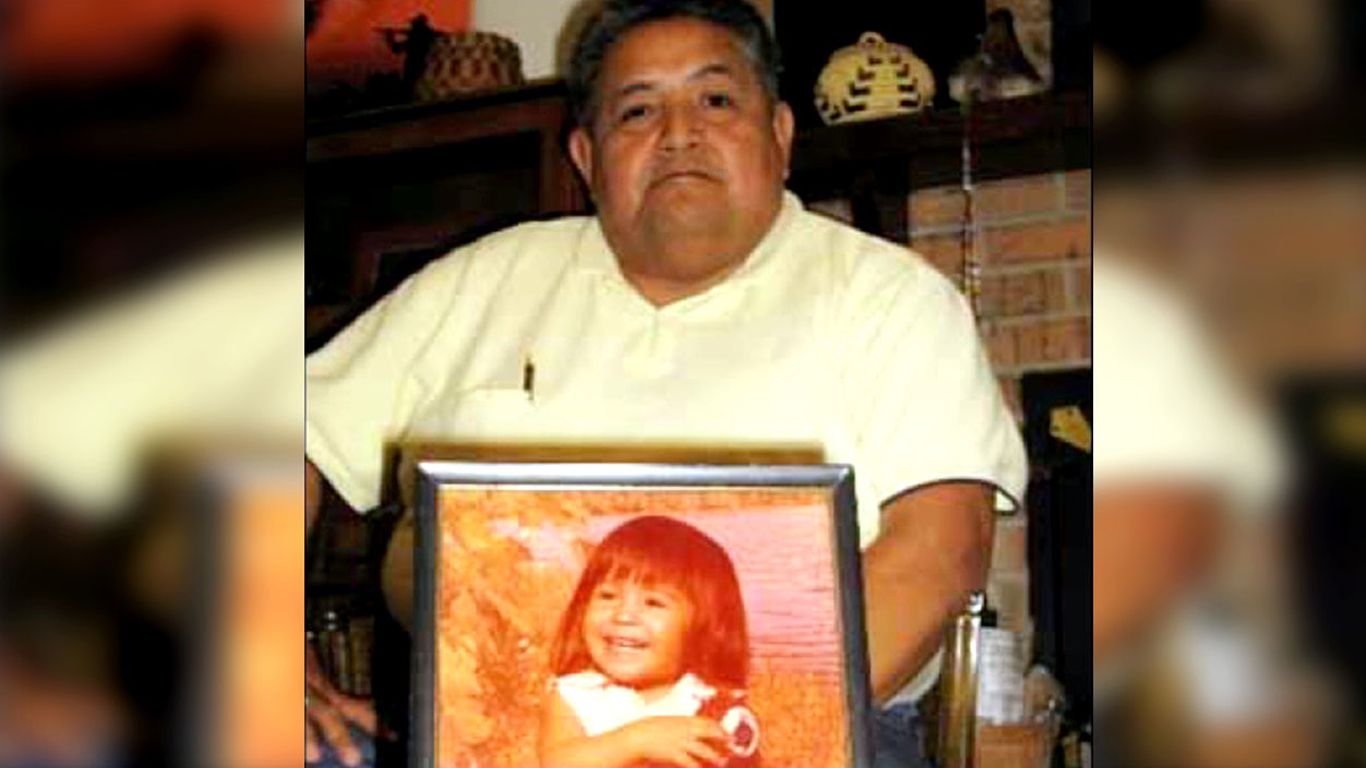 This little girl was 19 months old on the night of Halloween, 1977. Her parents put her to sleep but were horrified the next morning to find that she had disappeared. Police came up with a terrifying theory – that because the windows to the bedroom were locked, her abductor must have been hiding in the closet and snuck out of the house when the parents were asleep.

A month later, some local kids were playing in an abandoned house nearby. They opened up the old fridge and to their horror, Nimas decomposed body came tumbling out. The cause of death was suffocation. The case still remains a mystery to this day Well, this has put Halloween in a whole new light. To be fair, most of these horrific crimes werent committed because it was Halloween, they could have happened any time of the year - but theres something extra scary about them happening on that particular date.

What do you guys think? Stay safe, be good, my name is @padmakshi and I will see you in the next article. Have a great day.