Happy New Year! But Which One and When?

sonny.dharmawan (58)in #happynewyear • 4 years ago 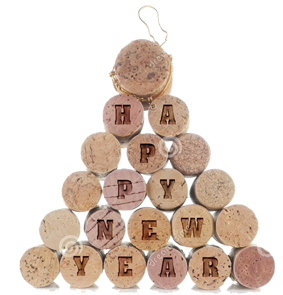 It takes our planet 365 days and 6 hours to make one complete revolution around the sun. We call that time period one year. Since man became conscious of time, there was a desire to figure out when one year ended and another year began. The ancient Mesopotamians are the first to have started having a “New Year” about 4,000 years ago. The early Romans used a calendar that only had ten months, with the first month being named after their god of war, Mars. March 1st was New Year’s Day, feeling that the vernal equinox, which occurred mid-month, was a sign of “new” life.

The Roman king Numa decided to add two more months to the calendar, January and February. January was named for their god Janus, the god of doorways and new beginnings. In the 16th Century, Pope Gregory created the Gregorian Calendar that fixed January 1st as New Year’s Day. Most countries in the world finally adopted this calendar.

The concept of “new beginnings” became attached to January 1st. It was a time to rid ourselves of bad habits and start good ones. This idea gave rise to celebrating on New Year’s Eve. It’s somewhat ironic that we celebrate our intentions to live better lives by partying so much we are incapacitated the next morning that starts the new year.

There are, however, many cultures and religions that celebrate a “new year” on different days and in different ways. 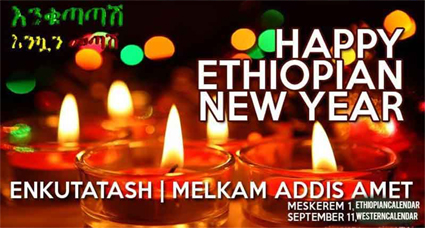 Ethiopians and Coptic Egyptians celebrate New Year’s Day on September 11th. The date is attached to the seasonal floods and rainy season of the Nile River Valley. The “Odunde Festival” is called the African New Year. It is the largest African celebration in the world. It is also celebrated in several cities in the United States. In Thailand, New Year’s Day is celebrated on April 13th or 14th.

Throughout Southern Asia, New Year’s Day is celebrated on many different days, depending on local traditions and religions. People are still trying to figure out why the residents of the Gwaun Valley in Wales England, observe the old Julian Calendar and celebrate New Year’s Day on January 13th. Neighbors think that they’re just being stubborn. 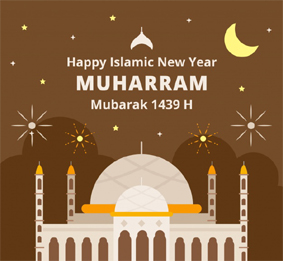 The Islamic New Year, Ras as-Sanah al-Hijriyah is celebrated according to the Islamic calendar and moves from year to year because it is a lunar calendar.

The Jewish New Year, Rosh Hashanah, varies but always falls during September or October. The January 1st New Year’s Day is also celebrated as a civil holiday. It is called Sylvester.

A theme of renewal runs throughout all of these celebrations around the world. Celebrations include singing, dancing, fireworks, eating, and drinking. In some cultures, perhaps too much drinking, as exemplified by the number of people with hangovers the next day.

In cryptocurrency world, the bitcoin network came into existence on January 3rd, 2009, with the release of the first open source bitcoin client and the issuance of the first bitcoins, with Satoshi Nakamoto mining the first block of bitcoins ever (known as the genesis block), which had a reward of 50 bitcoins.

So should we celebrate January 3rd as "Happy Crypto New Year" ? Happy New Year and all the best for 2018

That is a fantastic way to explain the different cultural traditions. To the point, interesting, and informative at the same time... Its a perfect way to get the message out!

Happy new year in the US version today and I will also with you more as the calendar rolls on :)

You're welcome @sonny.dharmawan and its day 1 of 365 this year, lets make it count :)

Everyday should be new year according to my opinion, so we dont have to count the day, but count the year, holiday all the time, and have fun all the time... hahaha.... happy new year!!!

happy new all to do

Happy New Year @sonny.dharmawan! Thanks for this post, it was both culturally and historically informative! Learning about different cultures cultivates an appreciation to share with all and is a great way to celebrate a new beginning, together! 🥂 Cheers my friend!

This post has received gratitude of 2.55 % from @appreciator thanks to: @sonny.dharmawan.

You may have a fresh start any moment you choose, for this thing that we call 'failure' is not the falling down, but the staying down. thanks for doing this, I'll check it out and spread the word for you!

You got a 1.02% upvote from @upme requested by: @sonny.dharmawan.
Send at least 1.5 SBD to @upme with a post link in the memo field to receive upvote next round.
To support our activity, please vote for my master @suggeelson, as a STEEM Witness

This post has received a 11.18 % upvote from @upmyvote thanks to: @sonny.dharmawan. Send at least 1 SBD to @upmyvote with a post link in the memo field to promote a post! Sorry, we can't upvote comments.

happy new year to you :)