No workout today. I'm taking a rest day. I went to the gym after yesterday's aborted run so I'm OK with that. And given that I had to abort runs two days in a row after about half a mile (0,8 km for most folks), I made an appointment with Dr. Tosh for tomorrow. He's the guy who fixed my plantar fasciitis so I'm thrilled I could get an appointment tomorrow.

The other issue is that I've been getting muscle cramps, a bit in my legs and a lot in my feet. Tosh's suggestion was to drink coconut water as the fastest way to absorb potassium. It worked well. The only problem with that is that coconut water is high in sugar... aka carbs. Can't do that. That also rules out my high school swimming coach's, Wally Stewart, recommendation of bananas, potatoes, and especially sweet potatoes. (I don't know if he believed in the Oxford Comma as he was a math teacher but I gave him the benefit of the doubt.) Yep, all of those would put me waaaaaaay past the 20 to 30mg carb daily limit for keto. I'm keeping it strict for the first 30 days. I may after that but I find it easier to commit for 30 days than for a lifetime. (I should write a post on how I create habits. Did you know the 21 days truism is BS?)

Electrolytes... um, what exactly are those?

I've heard that you need to keep your electrolytes in balance when you start LCHF / ketosis. I've been getting plenty of salt but have been remiss in this otherwise. There's an old joke around me about my getting pneumonia and dropping AP Bio in the 3rd week of 11th grade so I have no clue about human biology. That include electrolytes. Um, what exactly are electrolytes?

Good to know that list. The first two are salt. Check. Potassium for leg cramps. Could be an issue. Anything else? New rule: when something weird arises, google keto+.

What do you know... magnesium is on the list. I headed out earlier and bought some organic, whole food magnesium supplement. Let's see if that helps. I'll post about the results.

I drink something called 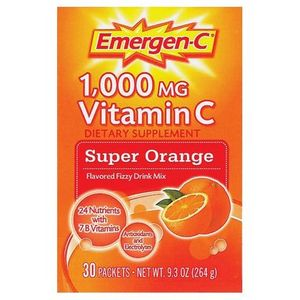 one of the few things that does not make my stomach crawl. its awesome. if you cant find that in your local health food store. I have another suggestion.

P.S. the magnesium may have you on the Royal Thorne for too long take it slow. A better way is to soak in Magnesium Salts and drink lots of water after, it is a detoxifier, and a muscle relaxant. Also you can get magnesium cream.

Thank you for the suggestion! I didn’t realize Emergen-C had anything other than vitamin C. The problem with ketosis is that 8mg of carbs is a lot for a supplement and it doesn’t give enough magnesium for the boost I need.

As for the other part... that explains a lot! 😂

Nope it is an excellent Electrolyte replacement. Full of anything you need. comes in many flavours. any more questons ask away ..I am a Registered Holistic Nutritionist

It’s always good to have a holistic nutritionist around... especially when you’re changing your diet to get rid of all things bad.

You got a 70.71% upvote as a Recovery Shot from @isotonic, currently working as a funding tool, courtesy of @dlew! You got a 1.31% upvote from @buildawhale courtesy of @dlew!
If you believe this post is spam or abuse, please report it to our Discord #abuse channel.

thanks to: @dlew.
For more information, click here!!!!
Send minimum 0.050 SBD/STEEM to bid for votes.

The real purpose isn’t to win a race. It’s to test the limits of the human heart.
Unknown Runner