himal (56)in #health • 4 years ago
Hello fellow steemians, Happy New year to you all!
Its been a long time since I posted a topic here.
Today we will be learning something interesting about Cataract, I hope you will enjoy it!

First, I will talk in short about anatomy of normal eye & mechanism of cataract formation before going into the surgeries so that you will understand it better

What is cataract? The difference between normal eye and cataractous eye.

Cataract is the development of any opacity in the lens or its capsule.
It was derived from a Greek word katarraktes meaning 'waterfall'(they believed that abnormal fluid in the eye in front of lens was cause of cataract) Shown above is the cut section of normal eye.
As you are reading this post now, the light rays from the display screen pass thorugh the following layers of your eye:

Normal Eye and Eye with Cataract

What do you see in the picture above?..can you make any difference between the two eyes?..
The right eye looks black which is a normal but the left eye of the person has white pupil, that is cataractous eye.
lens is made up off regularly arranged lens fibre, lens fibre are nothing but crystallin proteins. In normal state it is transparent and light can easily passs through it, so you will see a black round spot at the centre of your eye(look at yours if you havent)....but in cataract transparent lens becomes opaque due to abnormality in its constituent and light has some difficulty passing through it when its fully opaque no light can enter it. Lets look at a example : If you are using spectacles it will be easier to understand.... when the glasses are clear you will see clear images, but when they are foggy, when they are covered with dusts you will see a blurry image.. this is the same case in cataract.

Upto now we have learnt the basics of cataract, i.e. the main culprit in cataract is the opaque lens .

Among different surgeries perfomed in human body, Cataract surgery is one of the oldest surgeries known. Ancient cataract surgery is believed to be 3000 years old which is known as couching which is even mentioned in mahabharata. Then the first scientific cataract lens extraction happened in 1747 A.D in paris,France which was performed by J. Daviel. After that various modification came by, intraocular lens implants were made possible , with the help of recent technology cataract surgery has reached the new height and millions of blinds are able to see the world clearly.. It is the oldest known method of cataract surgery which is believed to be 3000 years old.. It was the only method of cataract extraction for about 2000 years.
it was performed only in the completely blind eye with hard opaque lens. In this method they used to push the lens and separate it from ciliary body into the vitreous(see the picture above).

You may have question in your mind- How would a person see without a lens? I would like to point out the fact that total power of the eye is about 60 dioptre and that of lens is only 16 doptre, so even after removing the lens person can see with the remaining power which is provided by cornea and fluids inside the eyes. "Seeing a blurry image is way better that not seeing at all , isn't it?"

Fallacies of this method :

Although this method ruled for many centuries it had many demerits . The lens which is pushed into the vitreous cavity is recognized as foreign body and it elicits inflammatory reaction aka phacoanaphylactic reactions.

After people realized the harmful effect of lens left in vitreous chamber in couching method, this procedure came into light . In this method the whole lens including its capsule is removed in intact state. This method too could be done in late stage of catatract when lens becomes hard, otherwise there is chance of breakage of lens and development of inflammatory reaction. ICCE- Entire lens with its capsule is removed(Image source)

This method was a good improvement over couching but many demerits were there:

This is widely used cataract surgery in the present world, after exposure of various defects in the intracapsular method this procedure was developed.

Previously in this method - large incision had to be given to extract lens which required more sutures and caused post operative astigmatism in great number of patients. smaller the incision more rapid the healing and less chance of astigmatism.
later it was replaced by SICS(Small incision cataract surgery) where small incision is sufficient for the procedure.It was made possible by the develoopment of foldable and rollable lenses. Previoulsy large incision was required to insert the lens . (image source)
Phaco- lens, emulsification= breakdown.. it is modified part of ECCE where ultrasonic frequency is used to break the lens cortex into pieces and it is aspirated via needle. So, this proedure was able to do surgeries in less than 4 mm which is a great advantage. It has less chance of astigmatism, less post operative complications and it can be done even with topical anaesthesia. But it is macine dependant and requires a higher cost.

Today we learned about basics of cataract, some methods of cataract surgery including : Couching, ICCE, ECCE and phacoemulsification. With this we will conclude it for today and in the next post we will be learning about Femtosecond laser surgery and other recent advances in the Cataract surgeries.

5.SteemitHealth # Blood Pressure & Hypertension.. The game played by our Heart and the Blood Vessels 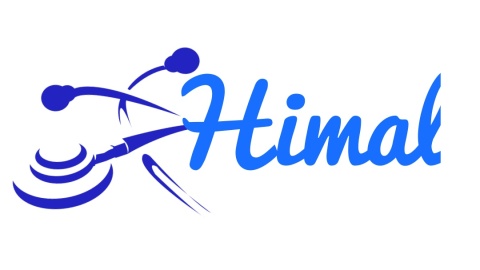 It is a community project in steemit run by scientists of the steemit and other people who love science.It promotes good science post in steemit by curating them and resteeming the best ones..It also provides finders fee for the people submitting good science post of others.You can add a steemstem tag on your post if it is related to science and this will be curated by steemSTEM...You can join our steemit chat channel here---https://steemit.chat/channel/steemSTEM

Great post. I am looking forward to read the second part! Femtosecond laser surgery is the same method that has also used for the correction of myopia?

thank you @loveisintheair . 2nd part will be released in few days. Laser is also used in myopial correction which is lasik(laser in situ keratomileusis) where the cornea is made thin.

Thank you for the information @himal !

Thanks for reading it. This is the first part, stay tuned for the 2nd one.. :)

Cataract surgery has been around for 3000 years? Wow! Very informative post @himal. Thank you :)

It is the oldest known method of cataract surgery which is believed to be 3000 years old.

There is no proof of it, it is said that it began early in the time of sushruta(father of indian surgery) ..

Glad to see you back @himal
:)

Thank you very much @kharrazi . Hope you are doing well. :)

i am glad to know about cataract surgery. thank you himal.

thanks for reading it @life.goals . :)

Really interesting Himal. I learned quite a bit about the history of cataract surgery from this. I never knew what was done in the past! On to read part two.

Thanks for the comment @justtryme90, glad you liked it. 2nd part was out,

I read that one too, didn't comment but lots of good info. I honestly learned a bunch!

This post was a bit older so i did not noticed your comment here at first, :) . You have commented there too ;).

Well there ya go, I even forgot that I commented! I was reading them on the train. :)

Amazing post. As a fellow doctor I really love that you are promoting health education on steemit. I try to to the same :)

Thanks very much for the comment, nice to know you are also from medical background. I have seen some of your posts too.. Following you now. :)

Yes, you are absolutely right.Sics itself is a modified form of ECCE .Thanks for your comment.

I have an advice for you : do not ask for follow or votes, make good post consistently and you will get upvotes as well as follows. If you are posting science related topic you can add steemstem tag for it. and for postpromotion use steemit.chat. Good luck!

thanks for your advice dear