ANTIOXIDANT ACTIVITIES OF PLANTS; ONE OF THE BENEFITS OF NATURE

Oxidative stress is caused by accumulation of free radicals in human body. The presence of free radicals within the body causes heart disease, congestive heart failure, cerebrovascular accidents, and diabetic complications. Many synthetic antioxidants such as butylated hydroxyl toluene, butylated hydroxyl anisol and tetrabutyl hydroquinone are commonly used in scavenging the radicals. However, these synthetic antioxidants are expensive, not readily accessible and are associated with side effects such as; tumor and nausea. Plants are known to be rich in antioxidant. Free radical-mediated diseases are on the increase worldwide and this has brought about the urgent search for novel, cheap and readily available antioxidants from natural sources. Some essential oils from leaves of Withania somnifera, Eclipta prostrate L. and Myrtus communis L. have demonstrated similar antioxidant property against free radicals. The activity of the oils are attributable to the presence of phenolic compounds such as; linalool, methyl eugenol and 1,8 cineole in the oil. 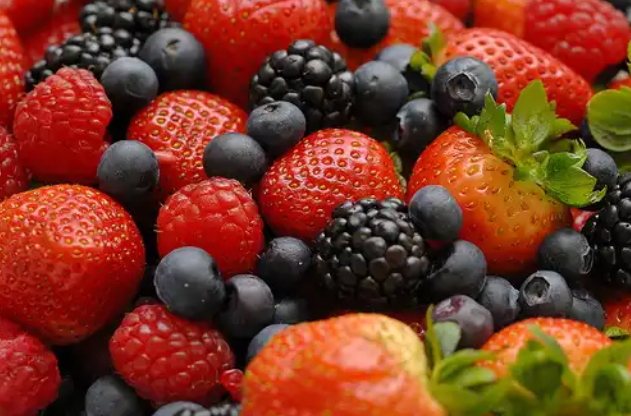 A free radical is any chemical species possessing one or more unpaired electrons, an unpaired electron being one that is alone in an orbital. The simplest radical is the hydrogen atom. Electrons are more stable when paired together in orbital: the two electrons in a pair have different directions of spin. Hence, radicals are generally less stable than non-radicals, although their reactivity varies. Free radicals are capable of reacting indiscriminately with any molecules with which they come in contact. Once radicals are formed they can either react with another radical or with another non radical molecule by various interactions. If two radicals collide they can combine their unpaired electron, thus forming a covalent bond. However, most molecules found in vivo are non-radicals. In this case a radical might donate its unpaired electron to the other molecule, or might take one electron from it, thus transforming its radical character.
Oxygen is essential to aerobic life but, paradoxically, it can be toxic even at atmospheric concentrations. Reactive oxygen species (ROS) and Reactive nitrogen species
(RNS) are formed as byproducts of normal metabolism in aerobic organisms. ROS is a broader term; it includes many reactive species, e.g., superoxide (O2•), hydroxyl (OH•), peroxyl (ROO•), alkyl radical, alkoxyl (RO•) radicals, singlet oxygen (O) and semiquinone radical (HQ•), and ozone(O3). Hydroxyl radicals are formed in the presence of metals and hydrogen peroxide; peroxynitrite might play a small role in hydroxyl radical formation. In this process, certain non-radicals are also produced that are either oxidizing agents or easily converted into radicals, such as HOCl, ozone, H2O2, and lipid peroxides with no unpaired electrons. H2O2 and lipid peroxides also serve as a source of highly reactive •OH, ROO•, and RO• radicals. O2•− reacts quickly with very few molecules, whereas hydroxyl radical OH• has an extremely high rate of reactivity. Reactive nitrogen species include: Nitric Oxide (NO.), Nitrogen dioxide (NO2. radicals and certain non-radicals like: Peroxynitrite (ONOO-), Alkyl peroxynitrites (ROONO), Dinitrogen trioxide (N2O3), Dinitrogen tetroxide (N2O4), Nitrous acid (HNO2). It has been established that ROS can be both harmful and beneficial in biological systems depending on the environment and concentration. Beneficial effects of ROS involve the physiological roles in cellular responses to noxia such as defense against infectious agents, and in the function of a number of cellular signaling systems and gene expression.
NOTE: In contrast, at high concentrations, ROS can mediate damage to cell structures, including lipids and membranes, proteins and nucleic acids; this damage is often referred as “oxidative stress”.

The harmful effects of ROS are balanced by the action of antioxidants, some of which are enzymes present in the body. Despite the presence of the cell’s antioxidant defense system to counteract oxidative damage from ROS, oxidative damage accumulates during the life cycle and has been implicated in diseases, aging and age dependent diseases such as cardiovascular disease, cancer, neurodegenerative disorders and other chronic conditions.

Normal metabolic processes in all the aerobic conditions constitute a major source of ROS. The cellular sources include the electron transport chain of mitochondria and endoplasmic reticulum. ROS are produced by all cell types, e.g., the neutrophils, monocytes, macrophages, and the cytotoxic lymphocytes, and can be formed by the action of many enzymes. The important enzymatic sources responsible for ROS production include NAD(P)H oxidase, xanthine oxidase (XO), and uncoupled form of nitric oxide synthase (NOS). 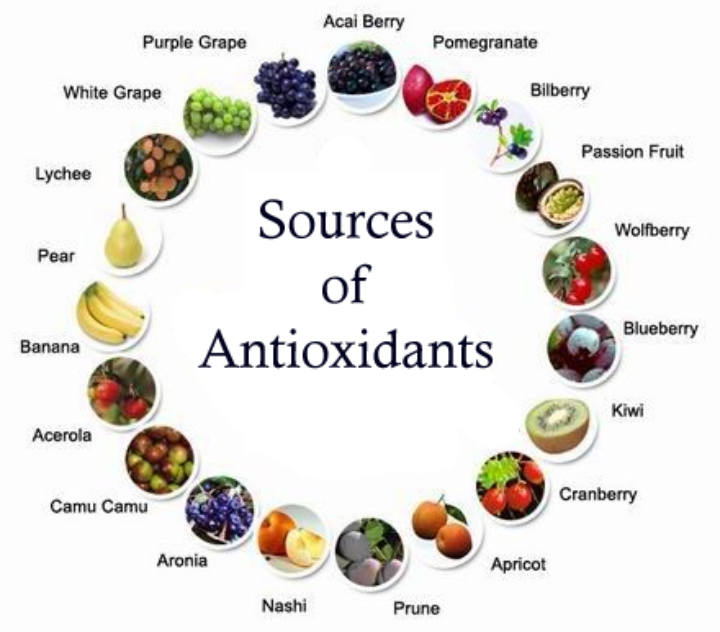 WHAT ARE ESSENTIAL OILS?
Essential oils are concentrated volatile aromatic compounds produced by plants, the easily evaporated essences that give plants their wonderful scents. Each of these complex precious liquids is extracted from a particular species of plant life. These oils are frequently referred to as the “life force” of plants. Unlike fatty oils, these "essential" oils are volatile, highly concentrated, substances extracted from flowers, leaves, stems, roots, seeds, bark, resin or fruit rinds. The amount of essential oils found in these plants can be anywhere from 0.01 percent to 10 percent of the total. That's why tons of plant material are required for just a few hundred pounds of oil. These oils have potent antimicrobial factors and wide range of therapeutic constituents. These oils are often used for their flavor and their therapeutic or odoriferous properties, in a wide selection of products such as foods, medicines, and cosmetics. These are extracted from oil 'sacs' in flowers, leaves, stems, roots, seeds, wood and bark. They differ significantly from the well-known vegetable, nut and seed oils which are made up of various fatty acids (essential oils are not). ROLES ANTIOXIDANTS
Essential oils are used by the plants in the same way they are by humans , they fight infection, contain hormone-like compounds, initiate cellular regeneration, and work as chemical defense against fungal, viral, and animal foes. Despite their foliar origins however, essential oils have a similar structure to some compounds found in blood and tissues, making them compatible with human physiology.

Analysis of Essential Oils
The most common technique employed in the chemical characterisation of essential oils is gas chromatography coupled with mass spectrometry (GC-MS). The relatively small size of essential oil components means that they are all volatile and can therefore be separated according to boiling points. This process takes place in a long thin column (i.e., 30 m) that has the appearance of coiled wire. This column is prepacked with a porous stationary phase that is either polar (slightly charged), such as a wax column (polyethylene glycol; i.e., DB-wax, Carbowax 20M, PEG-20M) or apolar, such as polymethylsiloxane (i.e., HP-1MS or 5% diphenyl- i.e., HP-5MS). The apolar HP-5MS column is the most commonly used. The essential oil is diluted into a solvent and injected into a heated injection chamber ( i.e., 300 °C) so all components of the essential oil are evaporated and delivered by a benign (non-reactive) gas (i.e., nitrogen or helium) to the start of the column, which is usually at a lower temperature (i.e., 60 °C), so essential oil components precipitate onto the column. Bioactivities and Applications of Essential Oils.
An essential oil may contain many hundred chemical elements and this advanced mixture of compounds offers the oil its characteristic fragrance and flavour. The plant components will be extracted with organic solvents to supply oleoresins, concretes and absolutes or extracted with close to or critical solvent like dioxide to supply terribly prime quality extracts. These oleoresins and extract s contain not solely the volatile oil however additionally the targeted non-volatile flavour elements and these have wide application within the food and pharmaceutical industries.

DPPH ASSAY
The DPPH radicals are widely used to investigate the scavenging activity of some natural compounds. In the DPPH assay, the antioxidants are able to reduce the stable radical DPPH tothe yellow coloured diphenyl-picrylhydrazine. The method is based on the reduction of alcoholic DPPH solution in the presence of a hydrogen-donating antioxidant due to the formation of the non-radical form DPPH-H by the reaction. The method helps to determine the antiradical power of an antioxidant by measuring of a decrease in the absorbance of DPPH at 517 nm.

FERRIC REDUCING POWER ASSAY
The Ferric reducing power assay uses antioxidants as reductants in a redox-linked colorimetric method employing an easily reduced oxidant, Fe (III). Substances, which have reduction potential, react with potassium ferricyanide (Fe3+) to form potassium ferrocyanide (Fe2+), which then reacts with ferric chloride to form ferric ferrous complex that has an absorption maximum at 700 nm. The absorption readings are related to the reducing power of the electron-donating antioxidants present in the test compound.

Congratulations, your post was randomly selected to receive 50+ free upvotes!

98% of earnings paid daily to delegators! Go to www.ubot.ws for details.