After living in Warsaw for three months I’ve decided to get to know the capital city, its monuments, and interesting spots. I will tell you about some locations and encourage you to visit them during your stay in Warsaw. One such location which is worth visiting is definitely the Katyn Museum. I came across it completely by accident.

Before you will read rest of this article, I think I should give you a little bit more context, what this museum is about:

The Katyn massacre ("Katyń crime") was a series of mass executions of Polish nationals carried out by the NKVD ("People's Commissariat for Internal Affairs", a Soviet secret police organisation) in April and May 1940. Though the killings took place at several places, the massacre is named after the Katyn Forest, where some of the mass graves were first discovered.
© Source: https://en.wikipedia.org/wiki/Katyn_massacre, licence: CC-BY-SA 3.0 Deed

While browsing through the map in search of places worth visiting I’ve noticed something large near the Old Town. I’ve decided to go for a walk there. The walls of the Citadel were already impressing, some renewed but most of them not. Walking by the walls I’ve noticed a large gate with the inscription “Muzeum Katynia”. Unfortunately, it turned out that the museum was already closed for the day. The next day I went there once again, together with my husband and daughter. 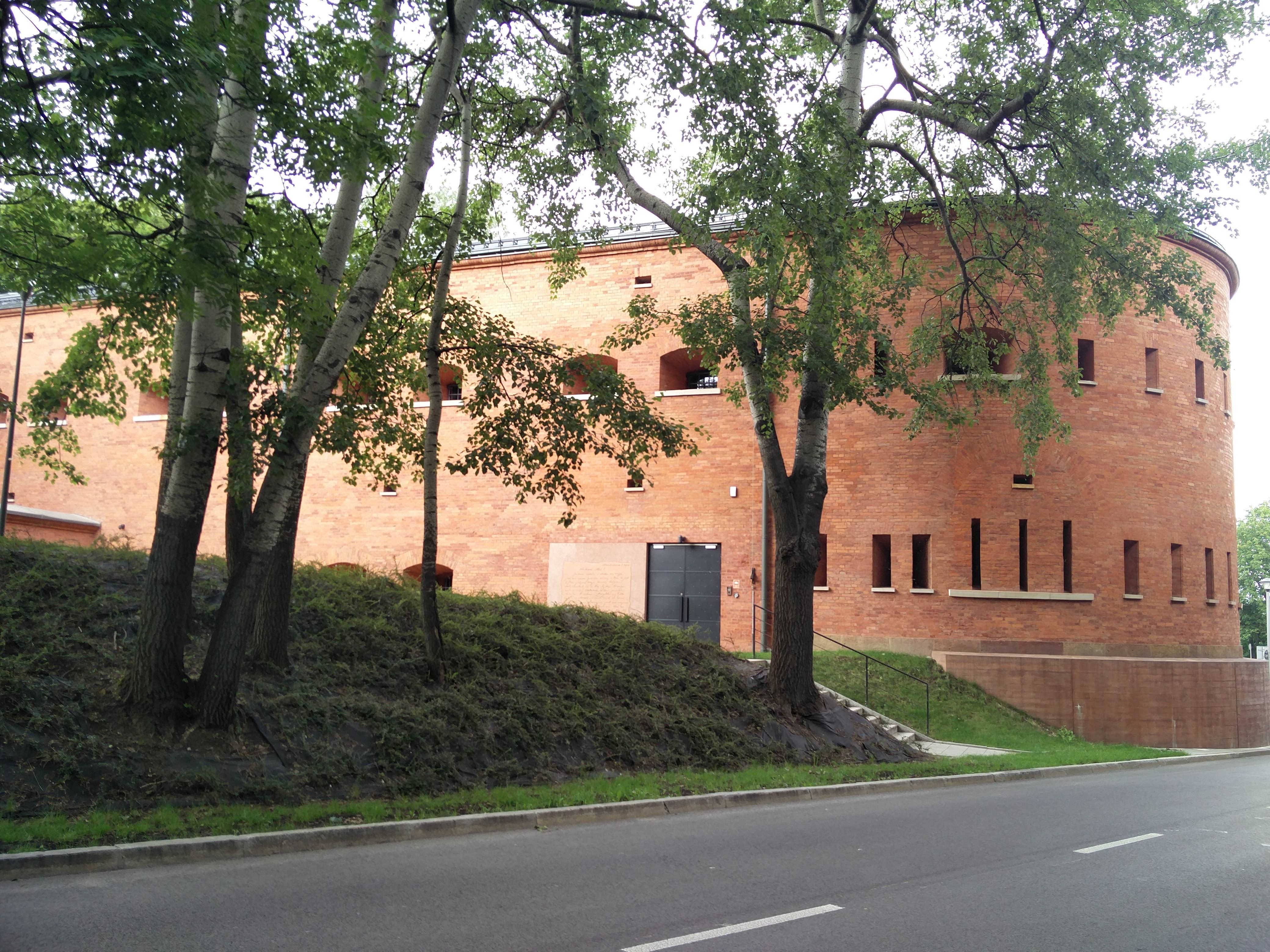 The first surprise was the lack of a ticket booth by the entrance. Yes, visiting the museum is always free. The following surprise was the free audio guides. I have to admit that the narration was very interesting. The duration of specific chapters corresponded with the time spent in a given room and the narration changed automatically when entering a different room. It was also available in a number of languages.

I haven’t taken many photos in the museum itself because I was focused on experiencing the exposition. Yes, experiencing and not looking at it, because it is not only the items which take us through the exposition but also sinister sounds such as for example those of a train, rain, or footsteps, as well as the ubiquitous half-light. This place does not simply tell a story, it provides us with the possibility to meet specific people, their families, and dramatic experiences. We can, for example, read original letters which never reached their addresses, or look at pictures of families before they were torn apart. 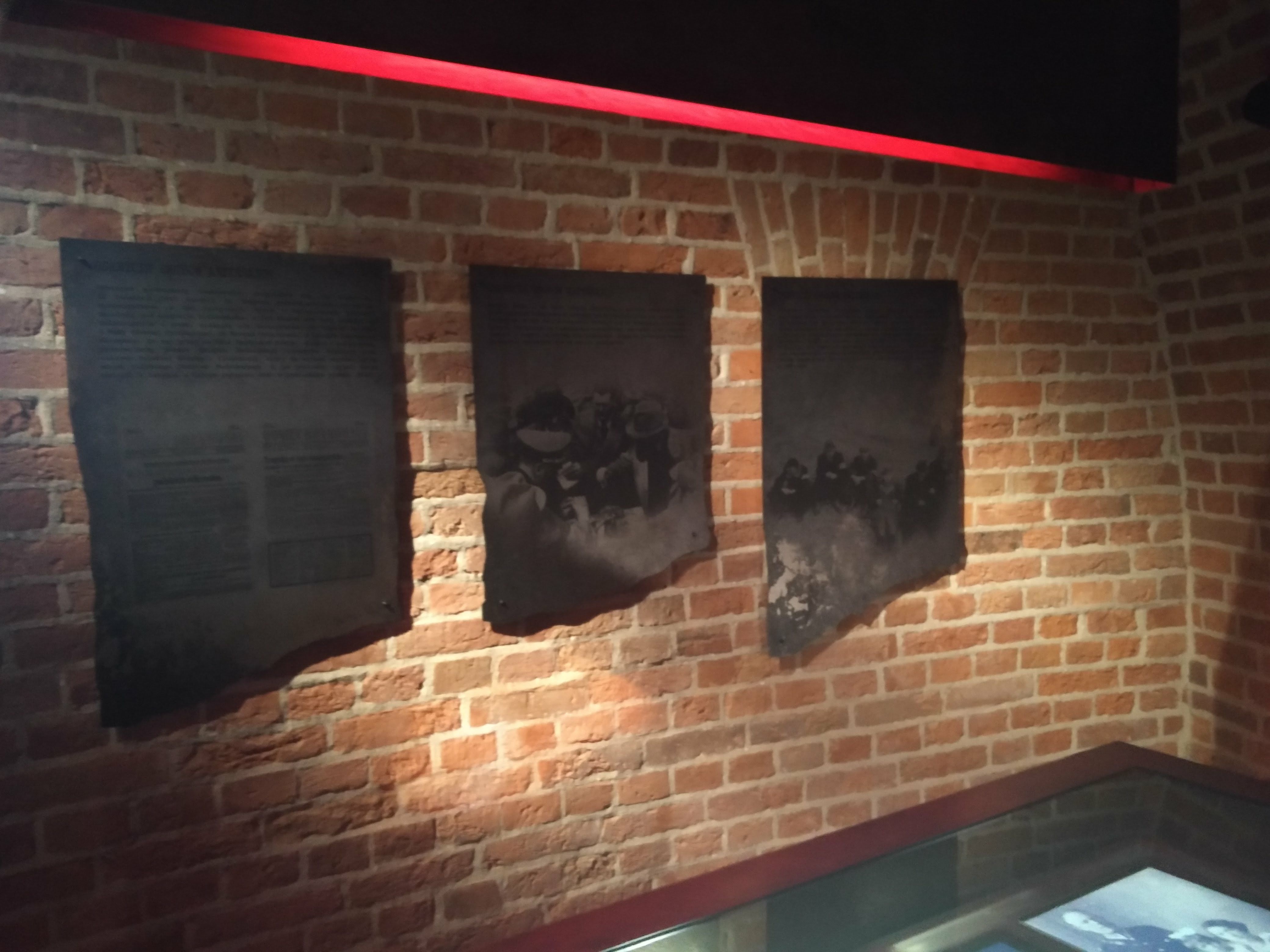 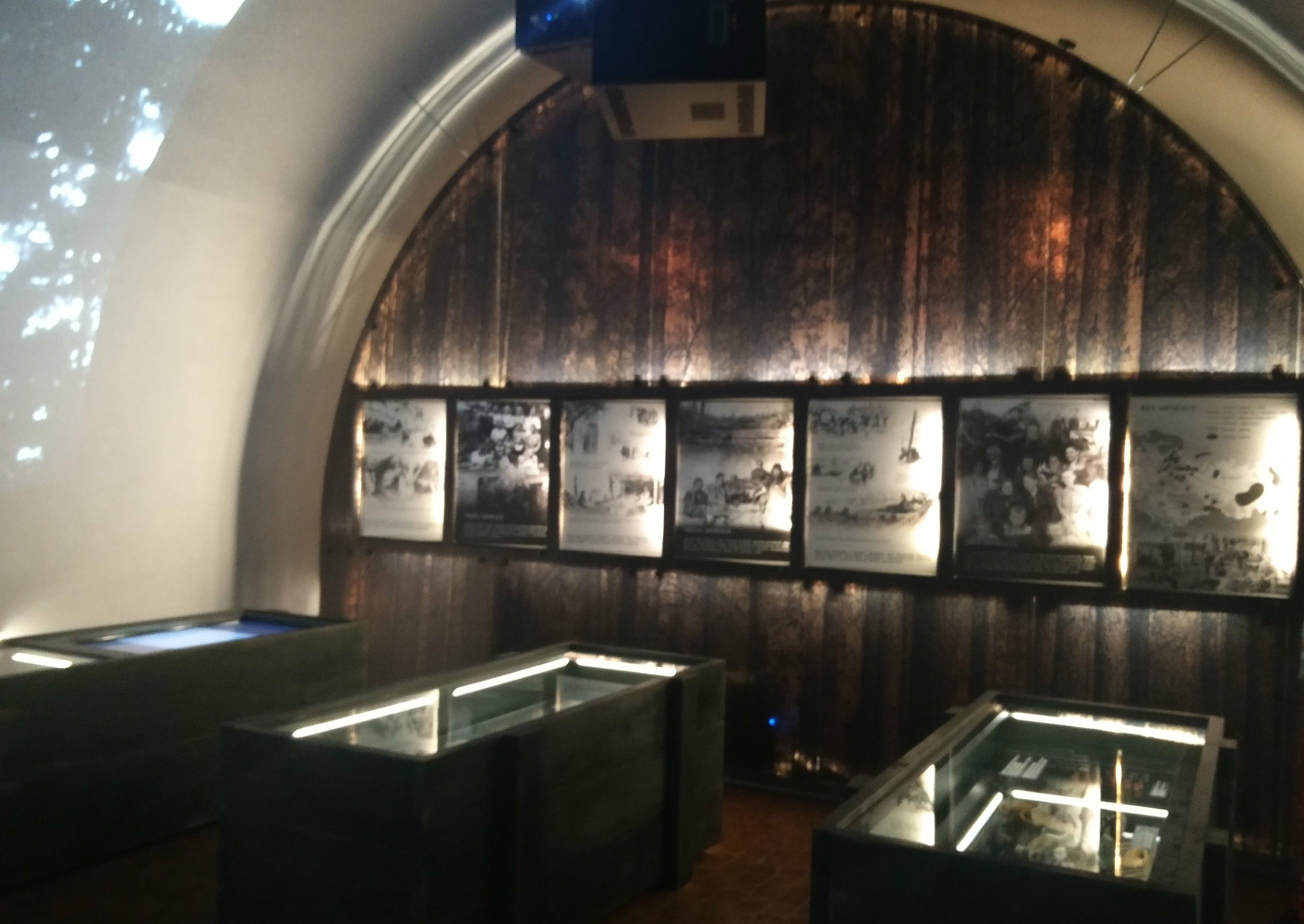 The interior of the museum is divided into two parts with the first one named “Odkrywanie” (Discovering). Taking advantage of multimedia displays, drawers, and chests with exhibits we learn about the circumstances of the massacre, unveil the history of the missing Polish officers, the searches, discovering the massacre, and searching for the truth.

The second part is named “Świadectwo” (Evidence). Artifacts taken from the grave are located in glass cabinets. They include crosses, rings, glasses, combs, eagles from corner-caps, buttons, medicine containers, etc. Larger cabinets include shoes and pieces of clothing. Even the smallest items are presented with due respect.

In this part, it is also possible to sit down and listen as the families talk about their murdered ancestors.

After leaving the interior we walk across the Aleja Nieobecnych (The Alley of the Absent Ones), which includes stone pedestals with the names of professions practiced by the victims.

The following path leads to the Epitafium Katyńskie (Katyn Epitaph) where the names and surnames of the people murdered in Katyn, Charków, Miednoje, and Bykownia have been written on 15 tablets. Further, on the way we come across monumental stairs with which we reach the Plac Apelowy (Square) 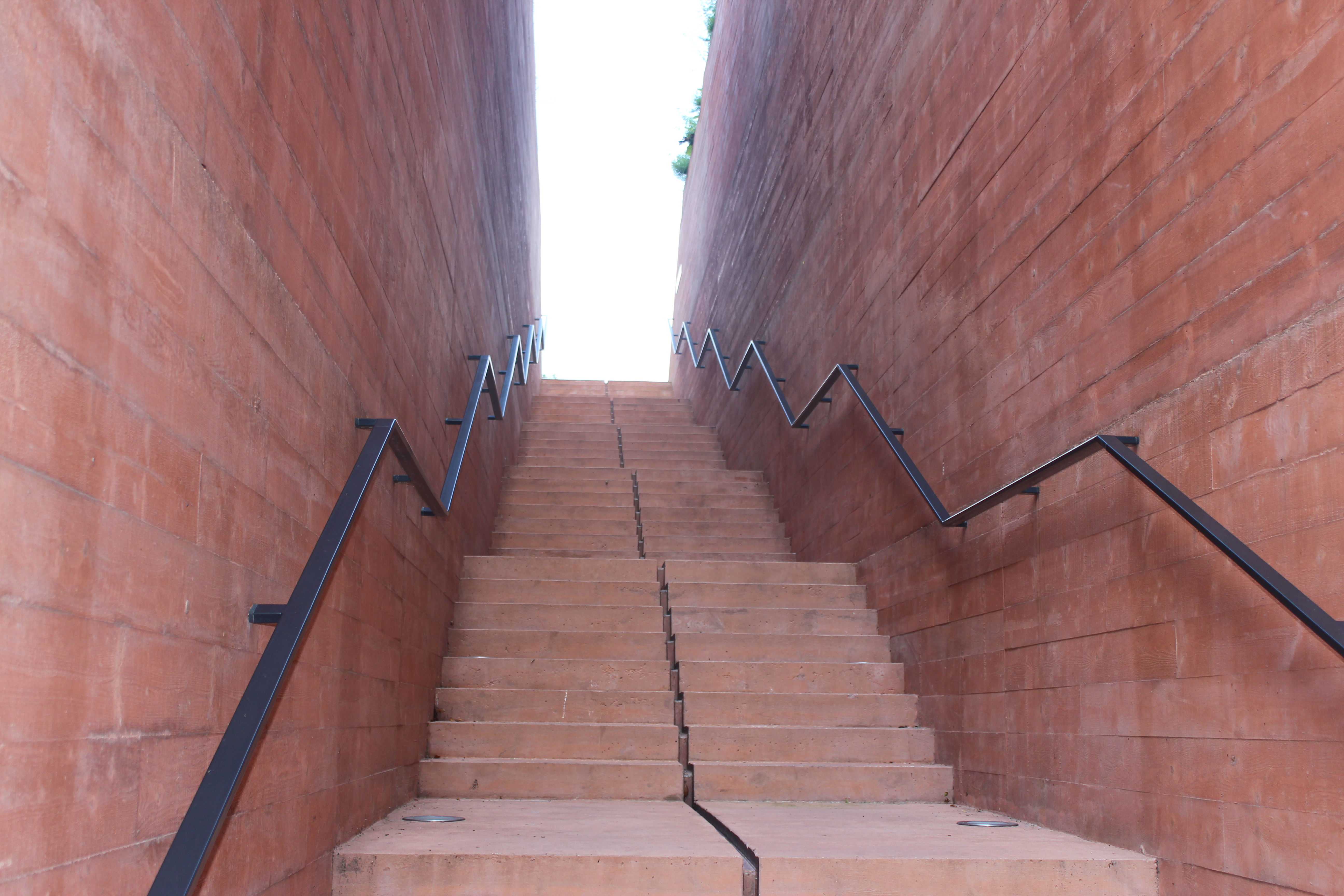 A furrow goes across the entire exterior part of the museum which symbolizes the unhealed wounds in the hearts of the victims’ families. And we can find many more such symbols inside the museum.

Coming to the museum I did not know what to expect. However, in all honesty, I have to say that it is worth visiting. Apart from the expositions and multimedia effects, we will find there also a place to do what is most important – to reflect.

Finally pictures of the museum’s pamphlet. 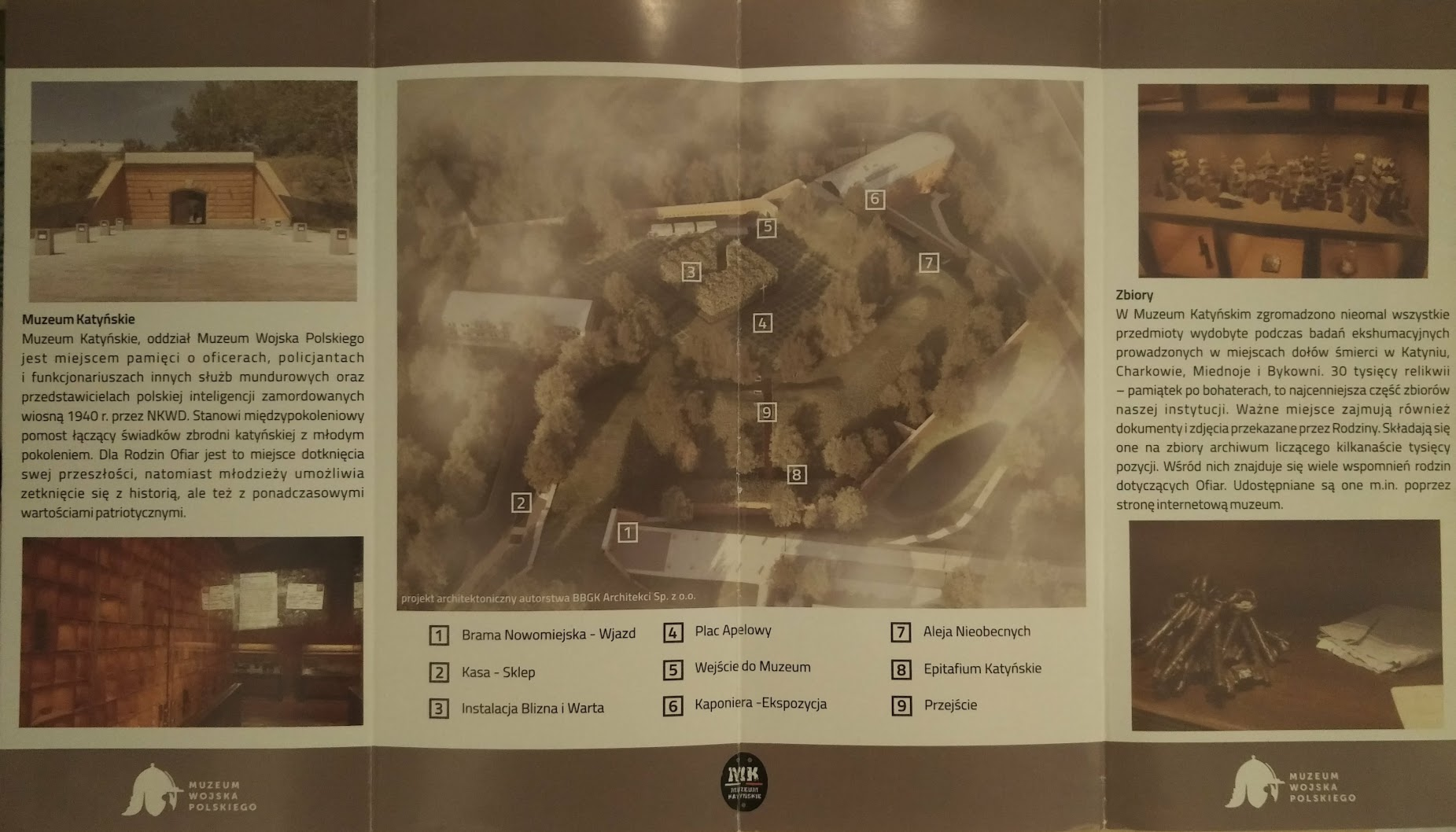